#MeToo in China: ‘If we lose, there might be no more women speaking out for years’

In bringing her case against a high-profile TV star, ‘Xianzi’ is battling sexism, censorship and political pressure

In China, people being interviewed often lower their voices when discussing politics, even in private. Not ‘Xianzi’. At her apartment in Beijing, the 25-year-old screenwriter speaks without hesitation about her role in the country’s fast-growing #MeToo movement. Though she sits with an erect posture, elbows wedged against the chair arms, she seems completely at ease, dressed in a huge luxe-fleece jumper and pyjama bottoms.

#MeToo was late to begin in China but exploded on social media in 2018. The movement has already exposed several professors at China’s top universities, as well as leading to the resignation of Shi Xuecheng, a monk who headed China’s Buddhist Association. As in the west, the campaign seeks to expose those wielding their power through sexual harassment. But people speaking up here also face the threat of censorship and even persecution from the state.

Xianzi, who wishes to be known by her nickname, not only spoke out against one of her country’s highest-profile alleged perpetrators, state media TV host Zhu Jun; she is also the first accuser to take her case to court in a civil lawsuit claiming infringement of personal dignity.

At the same time, she is battling a defamation case launched by Zhu, who has denied her allegation. When I ask if she was concerned her actions were politically risky, Xianzi says the thought didn’t occur to her. “Many people said I was brave but in reality you could just say I’m rather ignorant,” she says.

#MeToo started to go viral in China early in the year. Xianzi recalls how, on hearing that a university student in her hometown of Wuhan killed himself after suffering abuse by his supervisor, she burst into tears. But it wasn’t until July that she wrote about herself.

In the small hours of a sleepless night she alleged that, when she was an undergraduate student intern at the prestigious China Central Television (CCTV) in 2014, Zhu had pulled her towards him against her will and started groping and kissing her in a dressing room. According to Xianzi, Zhu only stopped when someone else entered. When she went to the police, officers told her that as one of CCTV’s star hosts, Zhu had an enormously “positive effect on society” and persuaded her to drop the case.

Xianzi wanted to share her story with only friends on WeChat (similar to Facebook), as a way of showing support for another woman who had recently shared her story of being raped. But her post was reposted to Sina Weibo, China’s Twitter-like microblogging platform, by a friend of a friend that Xianzi did not even know at the time.

As it spread across the internet, her story was swiftly censored on government orders. But it survived. That evening, a lawyer contacted Xianzi to offer help, and she realised she could still fight what she alleges happened to her. “You really need to have others to help you,” she says, explaining why she decided to pursue her case.

She thought of appealing against the police’s inaction and taking the matter to higher courts, but now believes this is not the best tactic for most women. “If you go down this route,” she says, “you’ll be asked to give many statements, which in itself can be psychologically hurtful.” She adds that the majority of police officers conducting interviews are male, often with little empathy for victims of sexual violence.

Though “indecent assault” is a crime in China, it is vaguely defined (as is rape), and brought to court so rarely that it may as well be legal. A study by the community group Beijing Yuanzhong Gender Development Center found that of the 50 million publicly available criminal judgments made between 2010-2017, only 34 mentioned sexual harassment.

Instead she opted for a civil lawsuit, which keeps more control in the complainant’s hands when it comes to matters such as gathering evidence. In this, Xianzi tells me she has been helped by a team that includes the person who first reposted her story on Weibo, an investigative journalist called Xu Chao. This has been crucial in generating a strategy and “tactics” — a word Xianzi often uses — to help navigate a landscape where there is often no direct route to justice for survivors of sexual assault.

Her team has encountered the sort of institutionalised sexism found in many countries. The police who initially handled Xianzi’s case told her that as a woman, her reputation could be damaged by people finding out about the alleged assault. But the sexism she faced had added Chinese characteristics. “Your parents are Communist party members; this will damage their careers,” the police said.

Xu Chao, who has more experience with handling political risk, told Xianzi it was “a miracle” the two hadn’t been arrested for “picking quarrels and raising trouble”, a catch-all criminal charge for activists. Others are not so lucky: Yue Xin, a Peking University graduate and activist who publicly questioned her university’s handling of a #MeToo case, has been missing since her arrest in August.

Among China’s #MeToo movement, Xianzi stands out, not only because her case and her advocacy are well known, but also because of her ability to withstand pressure. Zhu Jun is contesting Xianzi’s case against him and his lawyers have issued a statement saying it is “not true” he sexually harassed Xianzi. Zhu’s law firm declined to comment further when contacted by the FT, and refused to put us in touch with his lawyers. We could not reach Zhu personally.

Meanwhile, many #MeToo cases on campuses have been silenced by a renewed Communist party move to quell student unrest. Ren Xiaoxiao (not her real name), a student at China Petroleum University in Shandong province, who had taken the unprecedented move of suing the police station for not handling her allegation of rape, was fiercely active on social media but has now been detained.

Some argue that under the party’s male-dominated authoritarian rule, liberation for women is not possible. Xianzi is quick to dismiss this line of argument. “When you have so many victims speaking to you every day, you realise… talking about ideologies is a luxury.”

Difficult trade-offs are unavoidable. When I ask her about those who criticise #MeToo for subjecting alleged perpetrators to trial by social media, she pauses, then says, “I really like Woody Allen.” (She is also obsessed with British comedy series Yes Minister and Fleabag.) She adds: “Human civilisation hasn’t reached the stage where we can judge people in the court of public opinion. But when it comes to sexual harassment, the judicial route is similarly unfair.”

She draws a parallel with the “trolley problem” — would you stop a runaway train from killing a thousand innocents by switching its track and killing one instead? For her, this is not an abstract question, but the way she frames the consequences of her actions. “If we lose [Zhu Jun’s lawsuit], there might not be any more women speaking out about their experiences for many years. Xu Chao and I are very focused on action and results.”

China’s authoritarian regime makes any form of grass-roots organising dangerous. Xu Chao was told that she should consider stopping her investigation into a petrochemical spill in Quangang, a small port in southern China, because this might make her a politically sensitive figure and jeopardise Xianzi’s lawsuit. “Do you have to judge whether the people of Quangang are less important than the women of China?” Xianzi muses.

She also worries that her Zhu Jun post led to #MeToo being censored en masse for a period of time, on social media and in the news. “I deeply regretted that my story had led to others not being able to publish theirs,” she says.

What will determine whether the trade-offs were worth it? The outcome, Xianzi says, without hesitation. “Many people said I was right to report Zhu Jun. But if I lose [the lawsuit], then I should wholly disavow [the decision to speak out]… because it won’t have improved anything for other women.”

Uncertainty over what happens to the movement if she is unsuccessful is the only time she allows doubt to creep in. “I am really very scared of losing,” she says, quieter than before.

“I comfort myself by saying this is a process of accumulation,” she adds. “Maybe at the start there will be many people who speak out and lose…but cases will build up and change the judicial process.”

Ultimately, she thinks legal reform may be the only route to improving the rights of women in China. She and other feminist groups have been working on submitting improvements to China’s “civil code”, an overreaching document governing civil law, to include specific provisions on sexual harassment in the workplace.

“I’m pretty optimistic,” she says. “This wave of women speaking out has made more and more women realise that our rights need to be protected. Nobody can stop the sound. This is history moving forwards, and nobody can turn back the wheel.”

Yuan Yang is an FT correspondent in Beijing. Additional reporting by Nian Liu

Explore the series
READ MOREWomen in 2018: the change makers
Chef Samin Nosrat: ‘The world I came into valued a very limited type of culinary expertise’ 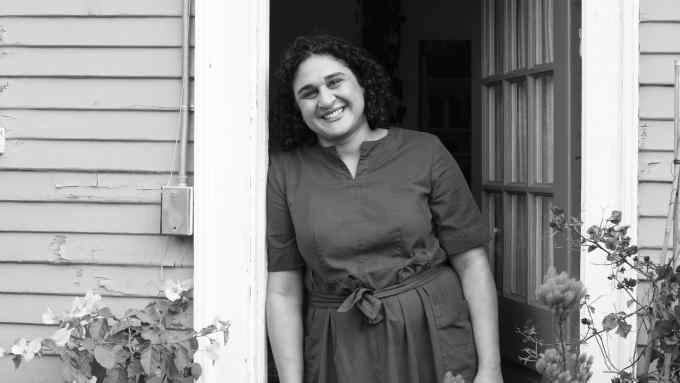 In 1918, women were granted the right to vote in Britain. A century later, we hear from some of today’s trailblazers: in politics, the arts, science, business and sport