Sign up to myFT Daily Digest to be the first to know about Genomics news.

A year ago the US Food and Drug Administration approved the world’s first “tissue-agnostic” treatment, based on a cancer’s genetic features rather than the body part in which it originates.

The backing for Keytruda, made by Merck & Co of the US, was a landmark in the progressive recognition of cancer as a fundamentally genetic disease, which started with the discovery in the 1970s of a few oncogenes that could trigger the development of tumours.

These days, as dozens of laboratories around the world carry out the large-scale sequencing and analysis of cancer DNA, scientists are cataloguing large numbers of mutations involved in the process.

“We know of five or six hundred enzymes and other proteins within a cell that make it function, and their genes can become mutated or damaged in different ways,” says Christian Hogg, chief executive of Chi-Med, an oncology company which has its headquarters in Hong Kong. “We’re trying to sort through all those proteins and enzymes to decide which ones to go after.”

In April, the world’s largest study of genes that drive prostate cancer, led by the Institute of Cancer Research, in London, and funded by Cancer Research UK, identified 80 “molecular weaknesses” that could be drug targets. These include 18 potential targets for drugs already on the market or in clinical trials and 62 ripe for exploration through further research.

“One of the challenges we face in cancer research is the complexity of the disease and the sheer number of ways we could potentially treat it,” says project leader Ros Eeles. “Our study [published in Nature Genetics] will help focus our efforts on the areas that offer the most promise.”

Patients suffering from cancers with a particularly poor prognosis may benefit from the new genomic approach. One is pancreatic cancer where only one in 100 patients will survive their cancer for 10 years or more after diagnosis. Cancer Research UK is investing £10m in an initiative called Precision Panc, which aims to understand the molecular profile of individual patients, so that they can enter clinical trails that match treatment to their tumour biology.

“At the moment we just toss a coin to decide a patient’s treatment,” says Professor Andrew Biankin, of Glasgow University, who is leading Precision Panc. “There is no selection at all based on tumour biology.”

A more wide-ranging attempt to analyse the genetic causes of cancer is the 100,000 Genomes Project in the UK, a publicly funded £300m enterprise run by Genomics England, which is dividing its efforts between rare diseases and cancer.

So far the project’s cancer arm has read 12,380 whole genomes, each consisting of 6bn letters of genetic code, from 6,190 patients. Each person provides one sample for analysis from his or her tumour and another from healthy tissue, so that researchers can compare the two genomes to discover differences between them.

Mark Caulfield, chief scientist at Genomics England, says reports on about 2,300 cancer participants have been sent back to their NHS doctors. Sixty per cent of these include recommendations for clinical action, such as treatment options and suggestions for taking part in a clinical trial, on the basis of the DNA analysis. “The value and utility of genomic information in cancer is bound to go up as research proceeds,” he adds.

Besides individual genetic signatures of cancer, the project is discovering big differences in the total number of mutations found in tumour cells. “Some people have many, many mutations and some have very few,” Prof Caulfield says. “This ‘tumour mutational burden’ can be used to prioritise treatments.”

Although having a large number of mutations sounds alarming, it may make the patient better suited to receive one of the new wave of cancer immunotherapies, because the immune system is then more likely to recognise tumour cells as foreign bodies to attack.

Genomic analysis of cancer does not just need high-powered DNA sequencing machines and computers to analysis the results. It requires a new way of handing patient samples, says Louise Jones at the Barts Cancer Institute, in London, who is the pathology adviser to the 100,000 Genomes project.

“For hundreds of years we have used formalin for fixation of tissue samples,” Prof Jones says. “It is perfect for pathologists who want to look at cells down microscopes but unfortunately it destroys the genetic information.” In a new procedure introduced for DNA analysis, fresh tissue samples are deep frozen instead of being preserved in formalin, itself a toxic and carcinogenic chemical.

A study published last October in the journal Cellby researchers at the Wellcome Trust Sanger Institute found that the number of mutations required to drive cancer development varied greatly between different types of tumour. Analysing 7,600 tumours across 29 cancer types, they found that just one mutation was needed in typical cases of thyroid and testicular cancer, while endometrial (womb) and colorectal (bowel) cancer often needs 10 or more mutations.

“In the study, we revealed that around half of these key mutations driving cancer occur in genes that are not yet identified as cancer genes,” Inigo Martincorena, the lead author, says. “There are many more genes yet to be discovered. We will need to bring together even larger numbers of cancers studied by DNA sequencing — into the tens of thousands — to find these elusive genes.”

As well as the academic programmes, several companies are moving into personalised cancer diagnosis. One is OncoDNA, in Belgium. “DNA just gives us one piece of the puzzle,” says Jean-Pol Detiffe, the chief executive. “We also use RNA [ribonucleic acid] and protein profiles to give us a range of biomarkers, which we interpret with our comprehensive proprietary database.”

Diagnosis increasingly includes “liquid biopsies”, using DNA and protein shed by a tumour into a patient’s bloodstream. “We can monitor the patient’s progress through monthly blood tests but you cannot do frequent solid biopsies,” says Dr Detiffe.

The second tissue-agnostic product on the market is likely to be larotrectinib, which Loxo Oncology, in Connecticut, in the US, is developing with Bayer of Germany. Loxo submitted a new drug application to the FDA for larotrectinib in March. It targets so-called NTRK gene fusions, which are rare but occur in some adult and paediatric cancers.

Following on are at least 10 more tissue-agnostic drugs at various stages of clinical development, according to an analysis by Nature Reviews Drug Discovery, a journal.

It remains to be seen, as new drugs targeted at genetic subtypes of specific tumours reach the market, how widely they will be prescribed. There is no doubt, however, that oncology has entered an era in which cancer is treated as a genetic disease. 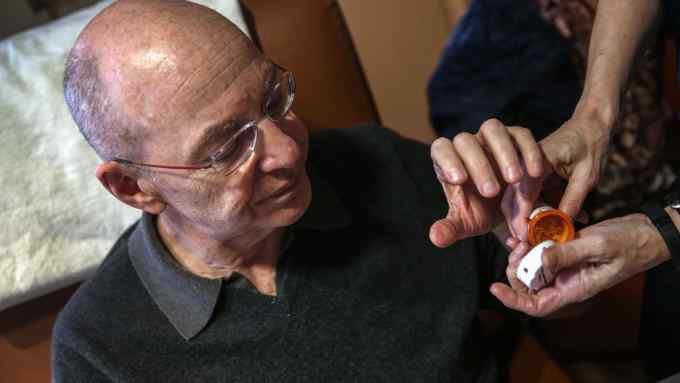