Accessibility helpSkip to navigationSkip to contentSkip to footer
Chinese equities

Chinese tech stocks plunged for a third day as investor fears mounted over a broadening regulatory crackdown, with shares of Tencent falling the most in a decade after the internet group halted registrations on its flagship app.

The Nasdaq Golden Dragon China index, a benchmark of Chinese tech stocks listed in New York, has dropped 15 per cent in two days — its worst fall since 2008.

Chinese tech shares have been pummelled this week on concerns of the broadening scope and severity of Beijing’s regulatory assault on the sector. On Friday, a leaked memo tipped a sweeping overhaul of China’s $100bn private education industry, threatening to wipe out billions of dollars of foreign investment.

Tencent, one of China’s biggest tech groups, said on Tuesday that its flagship WeChat social network had suspended user registrations as it upgraded its security technology to “to align with all relevant laws and regulations”. The company said registrations “will be restored after the upgrade is complete, which is expected in early August”. 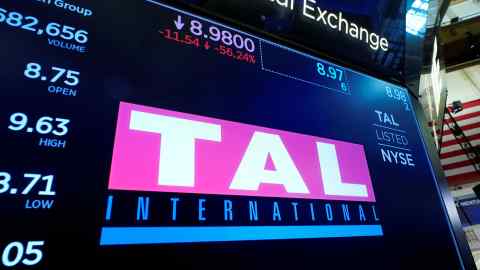 Senior leaders in Beijing have called for an overhaul of the regime through which Chinese companies can list offshore. The country’s cyber security regulator has announced plans to review all overseas listings of companies with more than 1m users on national security grounds.

Traders in Hong Kong were stunned by the latest sell-off on Tuesday and said they were struggling to cope with trading volumes.

“Have I ever seen anything like this? No,” said Louis Tse, founder of Hong Kong brokerage Wealthy Securities and a market veteran. Tse added that the repercussions of the latest regulatory move against Tencent were “profound”.

In mainland China, the CSI 300 index of Shanghai- and Shenzhen-listed stocks fell 3.5 per cent.