The Securities and Exchange Commission is actively working on regulations that might one day permit crypto versions of ETFs, chairman Jay Clayton has said.

Mr Clayton told a conference on innovation and regulation of digital assets that the agency was working with other financial regulators such as the Office of the Comptroller of the Currency and the Commodity Futures Trading Commission to determine who has regulatory jurisdiction over different crypto products.

He also sought to change the agency’s reputation for being stuck in the mud when it comes to crypto.

“If you’re talking about . . . the tokenisation of ETFs,” Mr Clayton said, “We should drive that, and we’re willing to drive that.”

So-called tokenisation allows a designated cryptocurrency asset — similar to bitcoin — to represent a single security, such as a stock, or a basket of securities, like a fund or an ETF. A handful of firms have begun exploring the idea.

Last year, Franklin Templeton filed paperwork with the SEC to launch a government money market fund whose shares would be tokenised on the Stellar blockchain network, but investors could also invest in traditional fund shares. The fund has not yet launched.

WisdomTree, meanwhile, has bet big on tokenised investments by leading a venture capital funding round of secure token developer Securrency. Tokenised investments are “an opportunity to do something better than the ETF”, chief executive Jonathan Steinberg said during a separate panel at the same Chamber of Digital Commerce event, which was held on October 1.

Tokenised funds have the potential to generate greater efficiency, a more solid audit trail, real-time trade settlement and global liquidity, Mr Steinberg argued. But getting digital assets into the mainstream “will need regulation to approve [it]”.

WisdomTree has found the SEC “very happy to engage, particularly if you are embracing those foundational first principles” of investor protection and maintaining fair and efficient markets, he noted.

Mr Clayton said that some of the earliest crypto pioneers had neglected to follow this approach. “One of the problems we’ve had was [that] we got off on the wrong foot in this innovation,” he said, adding that some thought the innovation was so efficient, “we could toss aside some of those principles of responsibility or transparency”.

In the past, the agency has had to take some companies to task for raising money to set up a cryptocurrency — known as an initial coin offering — without following the regulatory protocols of other securities offerings.

“What we don’t like is when someone says: ‘You know, the function is payments, so you really ought to look past the securities law stuff’,” Mr Clayton said. “I can’t do that.”

“Don’t tell us it’s a payment system when it’s actually a financing vehicle,” he added.

Mr Clayton did not address the fate of the various proposals to launch ETFs that invest in bitcoin or other cryptocurrencies — either directly or through futures contracts.

WisdomTree's Mr Steinberg acknowledged that the regulatory process could not be rushed. In the early 1990s, there was a long back and forth between the SEC and the American Stock Exchange before the first ETFs were approved, he noted. 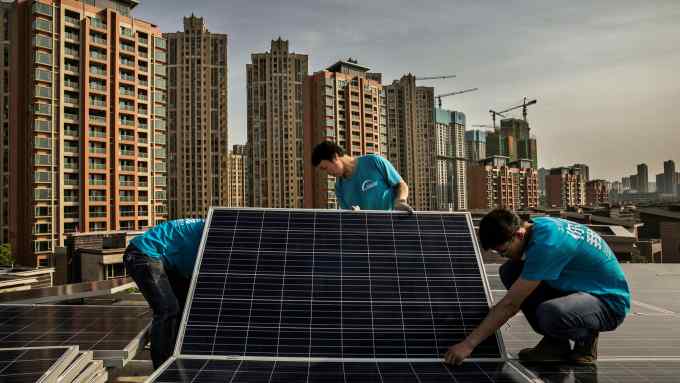