The morning after the UK’s June referendum on leaving the EU, the Facebook page of Legal Cheek, a legal website, had a picture which went viral: it showed a completely empty lecture theatre with the caption, “Meanwhile at the 9am EU law lecture . . .”

The decision to leave the EU has many implications for university law faculties, ranging from the numbers of EU students who come to study law in the UK to the content of law degrees which include a focus on EU case law. Speaking after the result, Dame Julia Goodfellow, president of Universities UK, said leaving the EU would “create significant challenges for universities”.

In 2014-15 there were almost 125,000 EU students undertaking higher education courses in the UK, according to Universities UK, of whom more than 78,000 were studying at undergraduate level. Law is one of the most popular subjects.

The UK government has said that EU students applying for a place at an English university in 2017 will still be eligible for student loans and grants over the duration of their course. However, after Britain has left the EU, future student numbers and access to loans will depend on the final Brexit deal hammered out between the EU and the UK.

Some academics fear future arrangements will be less generous and that EU students might be reluctant to study for a UK law degree if there is no guarantee they can stay on to work afterwards.

However, Professor Ben Bowling, acting dean at the Dickson Poon School of Law, King’s College London, says there are no indications yet of a Brexit effect depressing student recruitment at King’s. It has 13 applicants for every undergraduate place and around 80 or 90 EU students in an average 250-strong intake. He believes that students will continue to come to the UK to study law because of the importance of English law, which is used to underpin global business contracts and is used in public international law.

Studying English law also means students have a knowledge of the common law system — some 27 per cent of the world’s 320 legal jurisdictions use English common law, including fast-growing economies such as India. “If you want to practise in the international realm then you need to have some legal knowledge of the common-law systems such as the UK, Hong Kong and Singapore,” Prof Bowling says.

Most business litigation conducted in London’s High Court now involves international parties. In 2015, nearly 1,100 claims were issued in the Commercial Court, of which more than two-thirds involved at least one non-UK party, according to a July 2016 report from lobbying group TheCityUK.

Piet Eeckhout, professor of EU Law and vice dean of staffing at University College London’s law faculty, says there are some concerns about student numbers following Britain’s EU withdrawal. However, “the attractions of London are not linked to the EU. Students are taught in English and English law is often the language of international contracts, and law firms around the world are impressed by a legal education in the UK.” 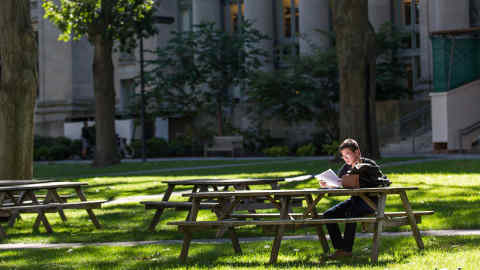 Martin Priestley, partner at Pinsent Masons and head of its international education team, believes that in the years after Brexit it is likely that numbers of EU university students will fall because students may have to pay higher tuition fees — around £16,000 — rather than £9,000 now.

Much will depend on the final Brexit deal, he says. He thinks that law as a subject will be less affected because of the global nature of the legal profession and law firms. “I don’t think that will change and so because of that the number of EU students studying law might not fall as badly as other subject areas.”

He says one option is that UK universities could set up campuses in Europe to offer courses to European students. He points to the LLM in Paris programme, which covers English law and is taught in English. Developed by the Centre for Commercial Law Studies, the LLM leads to a Queen Mary University of London qualification. “I think you will see more of this,” Mr Priestley says. 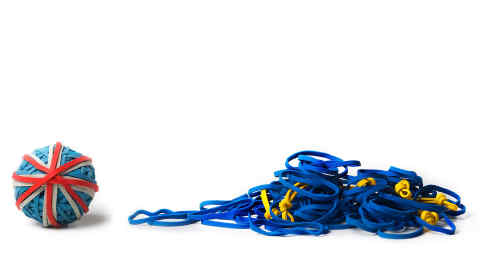 Not many UK students go to Europe for legal degrees. Sixty-nine British students, for example, are studying for undergraduate or postgraduate qualifications in law at Maastricht University. The university has sought to reassure its students that during the exit negotiations, which are expected to take two years or longer, British students will still be EU students.

Since Brexit, more UK students have also been investigating whether they should gain qualifications recognised globally, such as the New York Bar exam to become a US-qualified attorney. It is seen as one of the toughest law exams in the world.

Sarah Hutchinson, managing director of Barbri International, an organisation which helps students prepare for the New York Bar exam over several months, says the number of inquiries about sitting the exam doubled in the two weeks after Brexit. In 2014, Barbri helped prepare 35 students to sit the exam; this year this has risen to more than 500.

The broad reason for the increased interest is that commercial lawyers have to work on multijurisdictional deals undertaken by global clients and the bar exam gives students international knowledge and an edge in the job market — particularly as US law firms have been expanding their London operations.

“We are seeing really savvy, internationally-minded students, for some of whom English is their second or third language, who want to take the bar exam,” says Ms Hutchinson. “The globalisation of legal services and the number of European transatlantic mergers means if you want to work for a big commercial firm you have to compete in the global jobs market.” In this context, Brexit looms less large.