Can we tackle both climate change and Covid-19 recovery? | Free to read

The most consequential question looming over us right now is not whether we can address the Covid-19 crisis and climate change at the same time, but rather whether we can afford not to do so, writes Christiana Figueres.

We have learnt many lessons from the pandemic, but the top one is that high probability/high impact risks must be acted upon in a timely fashion — and delay is costly. Health professionals warned about Covid-19’s devastating effects at a very early stage; yet only a few governments acted in line with the risks. Countries such as Japan, South Korea, Singapore and Costa Rica that quickly enacted preventive measures appear to be faring much better than those that waited.

The age-old adage that prevention is better than cure is widely embraced in the health context and is equally true of climate change. We have known of the high risks for years. Morgan Stanley reckons 16 weather and climate disasters in the US cost $309bn in 2017 alone. Global losses from natural disasters over the past decade amounted to $3tn. Yet climate action continues to be insufficient. As Mark Carney, then Bank of England governor, warned in 2015: “Once climate change becomes a defining issue for financial stability, it may already be too late.” Concerned about the increasing risks, BlackRock chief executive Larry Fink recently wrote that “we are on the edge of a fundamental reshaping of finance”. But will that reshaping come in time?

Despite laudable attempts, we have not reduced our greenhouse gas emissions in line with scientific advice, making this the most critical decade ever. The next 10 years will determine whether we stand any chance of preventing the worst impacts of climate change, orders of magnitude worse than the Covid-19 disruption. If by 2030 we have not cut greenhouse gas emissions by half globally, we will not be able to avoid devastating tipping points that would shatter the global economy and pose existential human threats. The costs of inaction are staggering — $600tn by the end of the century.

The crux of the matter is that the pandemic-induced financial decisions made over the next 12 months will shape the global economy for the next decade, just when we must halve our emissions. The recovery packages will cost trillions of dollars. Governments are unlikely to have the resources to direct capital at such scale towards other urgent global needs for years. We cannot jump out of the frying pan of the pandemic and into the fire of exacerbated climate change. By that time we will have run out of fire hydrants.

The Covid-19 pandemic has collided with the climate change emergency. We must integrate the solutions to both crises into a coherent response. After immediate health, safety and social protection measures, inclusive recovery programmes must propel the global economy towards sustainable growth and increased resilience.

Fatih Birol, head of the International Energy Agency argues that “we should not allow today’s crisis to compromise the clean energy transition”. Governments should scrap $400bn in fossil fuel subsidies and back energy efficiency, as well as clean energy and infrastructure. Stéphane Hallegatte, the World Bank’s lead economist on climate change, points to other potential investments, such as restoration of degraded lands, sanitation and sustainable transport infrastructure. We can create millions of jobs in the short term, spur innovation, support economic diversification, and cut both carbon and air pollution, improving public health.

Investing in a resilient recovery has never been in closer reach. During the past 10 years, onshore wind energy prices fell 70 per cent and solar photovoltaics 89 per cent. Energy storage technologies are on a similar trajectory. Major investors have set their sights on net-zero emissions, including an alliance of large asset owners with $4.6tn under management. A big group of business and political leaders are urging the European Commission to prepare a comprehensive recovery plan that integrates the green transition and digital transformation. As we rebuild, we can open our eyes to the risks and opportunities on the horizon. We can recover better and choose the future we want.

The writer is a former leader of the UN climate secretariat

The close relationships between real gross domestic product, employment and energy consumption for both less and more developed economies mean that policies aimed at reducing greenhouse gas emissions would reduce economic growth and employment. The reason is straightforward: they would increase the cost of conventional energy sharply, writes Benjamin Zycher.

Environmentalists argue that the “safe” limit on people-driven temperature increases by 2100 is 1.5C. The Intergovernmental Panel on Climate Change advocates carbon taxes for 2030 with a midrange of $30 per gallon of petrol in 2019 dollars, rising sharply over the course of the century. The taxes on other forms of conventional energy would be equally destructive economically and preposterous politically.

Advocates of addressing climate change try to avoid this reality by arguing that substitutes for conventional energy are cost-competitive and that a global shift towards a radically different “renewables” energy sector would strengthen growth by engendering new investment and employment in “green” industries.

But unconventional energy is not cost-competitive; why else have massive taxes, subsidies and guaranteed market shares been necessary to make it viable? The unreliability of wind and solar power, the unconcentrated energy content of air flows and sunlight, and the theoretical limits on the conversion of wind and sunlight into electric power are the reasons that greater market shares for renewables have led to higher power prices in Europe and the US.

The argument that investing in green energy leads to stronger growth ignores the serious adverse effects of reduced investment and higher energy costs in other sectors. Favouring unconventional energy will destroy some substantial part of the economic value of the pre-existing energy-using and producing stock of physical and human capital. Earthquakes cannot yield economic benefits; the same is true for policies that wipe out the value of significant parts of the economy. Expensive energy and reduced economic growth cannot be consistent with renewed employment growth after the pandemic.

The International Energy Agency predicts the Covid-19 economic recession will reduce greenhouse gas emissions this year by 8 per cent. If this decline were maintained for the rest of the century, a climate model funded by the US Environmental Protection Agency predicts that the temperature reduction in 2100 would be a bit more than 0.1C. Using the same model, future temperature effects of much larger reductions in greenhouse emissions are of a level that I consider trivial. The 2015 Paris agreement, which can easily be evaded by participating countries: 0.17C by 2100. Zero greenhouse gas emissions by the entire OECD: 0.3C. A 30 per cent cut in greenhouse gas emissions by the entire world: 0.6C. There is no plausible benefit/cost test that would justify such policies.

Inexpensive energy is necessary for economic advancement by the world’s poor and for recovery from the staggering economic effects of Covid-19. Ideological opposition to fossil fuels is an anti-human stance that views ordinary people not as problem-solving sources of ingenuity but as only mouths to feed, producing environmental damage. In this view most investments in people — education, health and so on — make matters worse by increasing the demand for energy.

Many on the environmental left have applauded the fall in greenhouse gas emissions caused by the Covid-19 recession, and expressed not hope for renewed growth, but a fear that emissions will rise again. They assert that an “existential climate threat” looms large. The effects of increasing greenhouse gas concentrations are real, while small; but “crisis” claims are not supported by evidence and rely on models driven by implausible underlying assumptions.

Prioritising climate policy will harm the ability of most people to improve their conditions, particularly after the terrible economic shock caused by the lockdowns. Moreover, if countries have less wealth they will have fewer resources for environmental protection. Ask not whether supporters of greater economic growth hate the planet. Ask instead if environmentalists hate humanity, and the planet too.

The writer is a resident scholar at the American Enterprise Institute

The cost of clean energy will only go down / From Yao Zhao, World Bank, Washington DC, US

The IPCC’s role is neutral and non-prescriptive / From Jonathan Lynn, Head of Communications, Intergovernmental Panel on Climate Change, Geneva, Switzerland

READ MORECoronavirus: free to read
From blood clots to ‘Covid toe’: the medical mysteries of coronavirus 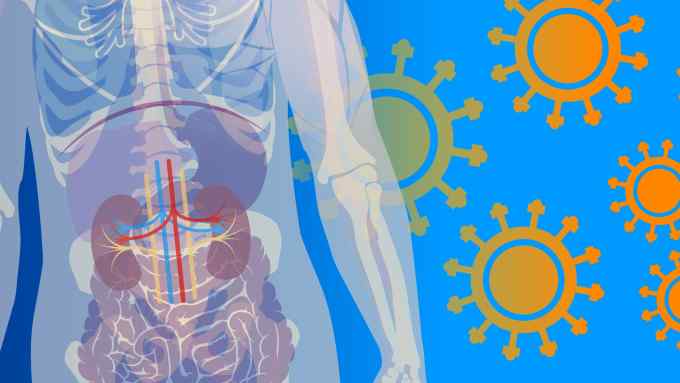