Since the days of John D Rockefeller’s Standard Oil, the business of pumping “black gold” from beneath the earth’s surface has been a source of wealth and power.

Yet, increasingly, the oil companies that bestrode the global economy for the past century are assuming an air of vulnerability. In an era when Apple has a market capitalisation twice that of ExxonMobil, the “supermajors” risk becoming relics of a fossil-fuelled past in a digital world.

Squeezed on one side by the rise of low-cost US shale resources and on the other by the accelerating shift to renewable energy, international oil and gas groups are beginning to face up to the threats facing their businesses.

“In our 109-year history, it is unlikely that there has ever been as much change as there is now,” Carl-Henric Svanberg, chairman of BP, told shareholders at the UK group’s annual meeting last week, acknowledging that over the next 20 years “consumption of oil will slow and eventually peak”.

For all the looming risks, fossil fuels still dominate the global energy landscape. Oil, gas and coal together account for 86 per cent of energy used for transport, heat and power worldwide. The questions for companies and investors across the sector are how fast will this change and what should they do to prepare?

Deep disruption is already being felt in the power sector. The electricity generated from renewables, excluding hydro, doubled globally between 2010 and 2015 as political efforts to tackle climate change intensified and the cost of wind and solar plummeted. Today, renewables account for an average 23 per cent of global power output. Denmark has breezy days when all its power comes from wind and Germany hit a record 85 per cent share from renewables one day last month.

Rising supplies of increasingly competitive wind and solar power are upending the economics of traditional thermal generators. The impact is clearest in Germany where the two biggest utilities, RWE and Eon, have split their growing renewables portfolios and other healthy assets into separate companies to insulate them from their struggling conventional power businesses.

Will oil and gas companies face similar upheaval? There are compelling reasons to believe they may prove more resilient. The number of cars worldwide is forecast by BP to double from 0.9bn in 2015 to 1.8bn in 2035, driven by growth in developing countries. BP expects the share of electric vehicles to increase from the current 0.1 per cent to 6 per cent by 2035, but that would still leave plenty of growth in demand for petroleum.

Moreover, oil is harder to substitute for trucks, ships and aeroplanes and it will remain a feedstock for petrochemicals. These factors lead BP to forecast that demand for oil will continue growing, albeit at a slower pace, into the 2030s.

The industry’s main hedge against slowdown — and eventual decline — in oil demand has been to increase investment in gas, which is considered the “cleanest” fossil fuel because it emits less carbon and air pollutants than coal and oil when burnt. Of seven new projects being brought on stream by BP this year, six involve gas rather than oil. Peers such as Royal Dutch Shell and Total of France are making a similar shift.

Critics say it will take more than shifting from one fossil fuel to another for oil and gas companies to survive the transition to a low-carbon world.

ClientEarth, an environmental legal firm, recently wrote to BP, as well as to Glencore, one of the world’s biggest coal miners, warning that their optimistic outlook risked misleading shareholders and exposing them to lawsuits. “If BP and Glencore persist with bullish forecasts, and these are found to be fraudulent in the future, the only ones who will profit are the class action lawyers,” said ClientEarth.

However, BP shareholders have learnt from bitter experience that there are also risks when companies move too fast into unproven technologies and immature markets outside their core area of expertise. BP was the first oil major to diversify into renewables in the early 2000s when it rebranded as “Beyond Petroleum” — only to end up writing off more than half of the $8bn invested in the strategy.

The group still owns US wind farms and biofuel assets in Brazil and has teamed up with rivals including Saudi Aramco and Royal Dutch Shell in an alliance called the Oil and Gas Climate Initiative with plans to jointly invest $1bn in clean technology over the next 10 years.

Critics say such sums are not enough to make a difference — either to the climate or the companies — considering that BP alone has an annual capital budget of $15bn-17bn.

Bob Dudley, BP chief executive, told shareholders earlier in May that the group was “very capable of making big bets in low carbon energy” but would only do so “at the right time” to guard against the risk of another round of asset writedowns.

Some have already begun placing sizeable bets. Total has invested a combined $2.5bn in Saft, a French battery maker, and a majority stake in SunPower, a US solar company. Statoil of Norway has ploughed $2.3bn into offshore wind and aims to be investing 15-20 per cent of its capital expenditure in renewables by 2030.

“We do not see a contradiction between the energy transition and delivering good financial results,” says Bjorn Otto Sverdrup, Statoil’s head of sustainability. “We bring a lot of synergies from our existing oil and gas business to offshore wind.”

The two US supermajors, ExxonMobil and Chevron, have been more reluctant than European peers to jump on the green bandwagon. This has attracted criticism from climate campaigners but analysts at Deutsche Bank say the US pair’s “wait and watch” approach may be the “least value-destructive” option “given the challenges, risks and lack of clarity on new business models”.

“Embracing growing renewable energy volumes does not assure unbridled green growth for investor portfolios,” say the Deutsche analysts, in a new report on the energy transition. “It is possible that, in the scramble for volume growth, renewable companies pose the risk of a green bubble.”

Companies have a choice, says Deutsche, between attempting the risky transition to low-carbon technologies or becoming “carbon cash cows” focused on squeezing maximum returns from the final stages of the oil era.

There is a successful model for this latter approach. Over the past two decades, tobacco companies have delivered 13 per cent annualised returns to shareholders as they focused on increasing margins from declining sales. This compares with an average 4.5 per cent return for the stock market as a whole.

Oil companies have already begun adapting to an era of more subdued demand and scarce capital since crude prices crashed in 2014. Expensive, high-risk drilling in unexplored “frontier” regions has all but disappeared in favour of more modest “near-field” projects targeting lower-cost resources close to existing infrastructure. “Companies are in far better stead now for a world . . .[of] demand moderation than may have been the case in yesterday’s $100 per barrel market,” says Deutsche.

This more disciplined approach could help avert the “huge losses” warned of by Mark Carney, governor of the Bank of England, if global action against climate change imposes such costs on coal, oil and gas that the assets become “literally unburnable”.

While the danger of “stranded assets” is rising for producer nations such as Saudi Arabia with several decades worth of oil left in the ground, the proved reserves of international oil companies typically stretch for only 10-15 years. This gives them flexibility to focus investment on the most commercially resilient assets and adjust spending up or down depending on how quickly the energy transition evolves.

Advocates for more radical industry transformation fear this benign view of managed decline will prove complacent, particularly if falling battery costs drive faster-than-expected growth of electric vehicles. The only certainty is that energy companies and their investors are facing huge strategic dilemmas with hundreds of billions of dollars of capital at stake.

As the Deutsche analysts say: “For a long-term industry committing substantial capital with a multiyear view we cannot think of a time when the forward outlook has been as uncertain and challenging to predict.” 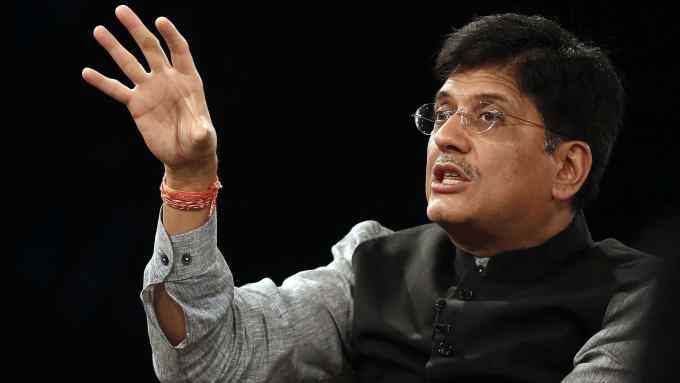