Strategic focus on expanding its ecosystem has bolstered the brand

Amazon has been crowned the world’s most valuable brand, as the ‘Everything Store’ expands in cloud computing, consumer tech and movie production.

Founded by the world’s richest man Jeff Bezos, the Seattle-based online retailer has seen its brand value quintuple in the past five years to reach $315.5bn, according to the 2019 BrandZ Top 100 Most Valuable Global Brands rankings. Undertaken annually by advertising holding company WPP and its market research firm Kantar, the BrandZ study analyses firms’ financial data and draws on an extensive consumer survey to reach its conclusions.

Amazon has expanded into grocery, healthcare, food delivery and, with its Alexa devices, even voice recognition. This proves that its name has great “brand stretch” across many different categories, said David Roth, the chairman of BrandZ.

“Amazon has played the game very well: the central proposition of its brand is that it removes friction from everything you do, making it easier, cheaper and faster to buy a product or use the cloud,” said Mr Roth.

Its rise to the top of the rankings has been steady in the past few years, and it could prove difficult to dethrone.

There are 15 Chinese names in the top 100 this year, up from only one (China Mobile) when the rankings first began in 2005. This reflects not only the immense size of their domestic market of 1.4bn people and the growing middle class, but also how successfully local players have competed against corporations from outside China.

The example of two online shopping giants Alibaba and JD.com is telling: they have seen off none other than Amazon, which announced in April that it was shutting down its Chinese ecommerce operation.

Huawei has had a tougher time of it since the US embarked on a campaign to convince its allies that the telecom network equipment and smartphone maker poses security and spying risks. Nevertheless, Huawei actually added 8 per cent to its brand value in the past year to reach $26.9bn.

Meanwhile, domestic regulation appears to have weighed on Tencent’s brand value, declining by 27 per cent to $130.9bn year-on-year, according to the ranking.

There is a change afoot from individual product and service brands to a new era of highly disruptive ecosystem — a shift pioneered by several top-ranked brands, including Amazon and Apple.

Home appliance manufacturer Haier is an example: as it seeks to enable internet connectivity for its machines, it has forged partnerships with various tech companies, cloud services, and device makers. “Haier thinks the future is all about the internet of things, so they’re trying to create an ecosystem with itself at the centre,” said Mr Roth.

The ecosystem approach can also be seen at Meituan, which started out as a food delivery app in China and morphed into a platform for local businesses to connect with consumers. It can be used for everything from booking a haircut or arranging a delivery. There are risks to the ecosystem approach however: it remains to be seen if brands can ensure quality control and keep their identities in such a system.

Streaming video provider Netflix was the third-biggest riser among the top 100 brands, adding 65 per cent to its brand value of $34.3bn. It typifies another trend from this year’s ranking: how brands that offer experiences to people as opposed to simply selling them products are finding favour.

In conclusion, one thing has become clear in BrandZ’s annual studies: the fear that the internet would kill brands by making comparison shopping easier and price paramount simply has not panned out.

“In an age of information overload, brands are more important than ever because they are shortcuts to help consumers make decisions,” says Mr Roth. 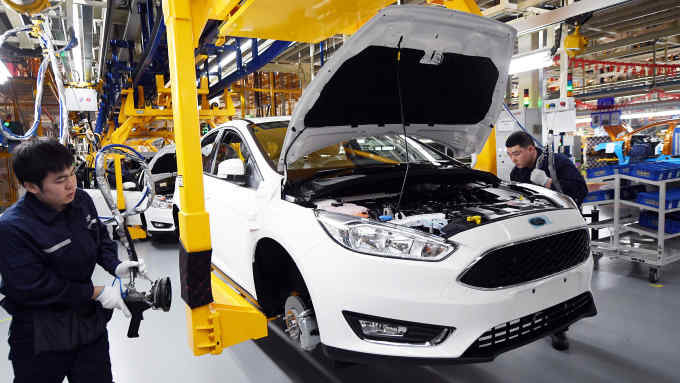