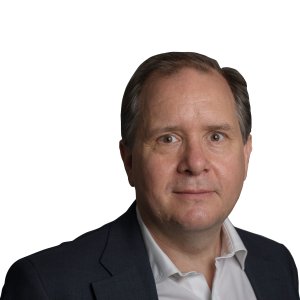 For twelve years Germany has been ruled according to a familiar system: Merkelism. Pragmatic, flexible in its ideology and ruthless in occupying the electorally decisive centre-ground, Angela Merkel’s style of government has worked well both for Germany and the chancellor. The country is prosperous, its leader the acclaimed symbol of stability and western values.

That is all set to change, argues Ursula Weidenfeld. In an opinion piece in the FT’s Weekend she says that the success of the “quasi-presidential” Merkel system has also cost Germany dearly. It has deformed its politics and alienated a growing number of voters, many of whom have registered their protest by turning to parties on the extremes.

Now as the chancellor struggles to form a new government in the wake of the collapse of talks with would-be coalition partners, Ms Merkel will have to learn a new style of governing. She will have to work more with parliament, which will prove a learning experience for all involved. Just as the world is looking to Berlin to play a bigger role as a bastion of liberal values it should prepare for a more inward-looking Germany.

The Irish question is back thanks to Brexit. Ruth Dudley Edwards looks at the current impasse over the border between the Republic and Northern Ireland and argues that with a little imagination a solution is possible.

Poor leadership. Just when Britain is in need of quality leadership it finds itself saddled with a “particularly useless” bunch of politicians. So says Jeremy Paxmanwho bemoans the lack of talent and creeping narcissism in British public life.

Economicky bit. Why do economists find it so difficult to speak plainly? The answer, says Tim Harford, is politics. Communicate too clearly and you run the risk of being dragged into contentious debates and squabbles. Obfuscation allows you to fudge and please everyone a bit.

The high point of the UK political schedule this week was the government’s annual Budget statement. Given tight fiscal constraints and grim economic prospects, Martin Wolf argued that Philip Hammond, the chancellor, played a bad hand cleverly. Janan Ganesh said that the chancellor did enough to secure his political survival — for now.

Rentier decline: Wolfgang Munchau says that the great irony of Britain leaving the EU is that its economic model will become more European

Test failure: Federica Cocco on the whimsical UK citizenship questionnaire and its many errors

“Without a stable and democratic Germany, Europe and the EU as we have known them for the last nearly 70 years are dead. Christian Lindner, leader of the Free Democrats, has just taken a big step in that direction by breaking off talks aimed at forming a coalition government under Angela Merkel. I just hope reason will prevail and we shall not see the Alternative für Deutschland scoring 25 per cent in the next election.”

“‘The number of absolute win-win policies, anywhere, ever, is near nil.’ I have one: legalise and tax recreational drugs. Police spending down, crime down, health spending down (weed and ecstasy are far less damaging to health than alcohol), tax revenues up, economic activity up, happiness up, plus there’s even the added bonus of annoying people like Theresa May who feel they should impose (by force of law) their dubious moral values of what is ‘good’ and ‘bad’ on others. That, Sir, is a win-win-win-win.”

“Sir, Outside the parliament in Harare, before Robert Mugabe resigned, protesters held up signs reading ‘Mugabe — you’re snookered’. Compare that, after more than three decades of dictatorship, with Momentum’s ‘Tory Scum’ posters, or the vituperation launched by both sides in the EU referendum. Might we have something to learn about political discourse from Zimbabweans?”

Ingram Pinn’s illustration of the week: Shaky ground
Small cheer for some in the UK Budget, but a growth downgrade leaves the government on weak foundations

FT View: The case for cool heads on the Irish question
London and Dublin must focus on practical solutions to a hard border

FT View: Americans should be grateful for growth
The US economy records more good expansion but not much inflation

The political dullards masquerading as leaders
Where are the public intellectuals in this age of reality TV?

The Big Read: Uber: the clean-up after Kalanick continues
The hack of customer data revealed this week is the latest episode from former CEO Travis Kalanick’s tenure that could damage the company

Twelve years of Angela Merkel’s leadership style is enough
Even if she builds another German coalition, Merkellism has reached the end of the road

Person in the News: Emmerson Mnangagwa, Zimbabwe’s Crocodile snatches at the top job
He is a ruthless survivor, taking on a role his former mentor held for 37 years

FTfm: Algos know more about us than we do about ourselves
John Dizard braves petabytes of internet babble for financial and commodities signals

Opinion today: The Irish question
Brexit negotiations are proving as difficult and dangerous for Ireland’s economy as for that of the Brits themselves

Undercover Economist: Economicky words are just plain icky
Practitioners seem to be drawn to polysyllabic obfuscation like wasps to jam

Europeans should not abandon a collective identity
The belief in shared values was not invented in Brussels, or defended before the European court in The Hague, but dates to the 18th century

FT View: The case for cool heads on the Irish question
London and Dublin must focus on practical solutions to a hard border

FT View: Americans should be grateful for growth
The US economy records more good expansion but not much inflation

The Big Read: Uber: the clean-up after Kalanick continues
The hack of customer data revealed this week is the latest episode from former CEO Travis Kalanick’s tenure that could damage the company