Healthcare policymakers home in on goal of universal coverage

Sign up to myFT Daily Digest to be the first to know about Pharmaceuticals sector news.

When Tedros Adhanom Ghebreyesus was elected as director-general of the World Health Organization last month, he did so on the back of one dominant campaign pledge: to push for universal health coverage.

Progress will not be easy given the variety of challenges involved, the growing demand for healthcare in a world of limited resources, and disagreements about the best ways to respond.

From the poorest countries affected by conflict such as South Sudan, to the richest, especially the US, lack of access is a growing concern.

Mr Tedros, Ethiopia’s former health minister, helped improve health services in his own country and oversaw an acceleration in programmes to strengthen vaccinations and prevent and treat malaria. Now he has the chance to promote better healthcare coverage globally.

Improving access to more costly medicines is at the core of discussions over how best to deliver universal health coverage. The debate came to a head with a spat at the turn of the century between the South African government and the pharmaceutical industry over the need for affordable antiretroviral medicines to tackle the HIV/Aids epidemic.

The outcome was that governments took a more flexible interpretation of intellectual property rights, which stimulated competition for generic drugs. New combinations of rival companies’ drugs created pills that were easier to consume, while foreign aid increased. All this helped cut the prices of medicines, boost supplies and save millions of lives.

For many veterans of these conflicts, the lessons learnt are still relevant. “Access to life-saving medicines should be a right and we should prioritise peoples’ lives over profit,” says Els Torreele, the Geneva-based head of Médecins Sans Frontières’ (MSF) campaign for healthcare access. “Medical innovation needs to be available, affordable and accessible to the people who need it.”

While there has been strong progress in tackling HIV, she points to fresh obstacles to achieving universal health coverage. One is increasing demand for expensive medicines for a broader range of conditions — from new drugs for Hepatitis C to treatments for cancer, diabetes and other chronic diseases.

Another problem stems from the shifting patterns of poverty in recent years. The bulk of the world’s poorest people live in countries such as India and Nigeria, which are classified as middle income because of their fast-growing economies.

Yet nominal growth in national incomes, without improvements in income distribution or healthcare investment, has meant that some countries are no longer eligible for foreign aid and a significant share of their people are worse off as a result.

There are also problems with access to healthcare in richer countries. In the US, 23m Americans risk being left uninsured by President Donald Trump’s latest iteration of healthcare reform. Drug prices continue to rise sharply and the people most exposed to the full price are those without insurance who can least afford to pay.

There is wide debate among decision makers, companies and interest groups over the best ways to improve access to healthcare. Some, including MSF, want to change the treatment of intellectual property rights on drugs — perhaps including restrictions on patents — to stimulate price cuts.

While pretty much every country has [chronic diseases] at the top of their priority list, appropriations to fund them are at the bottom

These ideas were set out last year in a report by the UN on access to medicines. Yet it contained several dissenting views, including from Sir Andrew Witty, until recently chief executive of GlaxoSmithKline. He argued that overturning patents was far from a panacea for improving access to healthcare. Doing so risked undermining incentives for innovation, he said. Equally, while many life-saving drugs are already off patent, they are still hard to come by. The price of drugs is only part of the problem.

Another strategy for improving access to healthcare comes from Gavi, the public-private donor partnership for vaccines that provides funding for bulk purchases of drugs across different countries. It is able to negotiate lower prices from providers as it buys in large volumes, offers secure contracts and makes reliable payments. Poorer countries are typically unable to offer such promises when buying medical supplies directly.

The drugs industry is also playing its part through programmes such as the Access Accelerated initiative that is aimed at increasing access to drugs for chronic diseases.

But there are limits to how effective drug companies can be. “We are an easy target, but access is very much related to health systems, infrastructure and sustainable funding,” says Thomas Cueni, head of the International Federation of Pharmaceutical Manufacturers and Associations, the trade body.

He says many governments around the world are discussing how best to increase funding for their public healthcare systems. But he notes that “while pretty much every country has [chronic diseases] at the top of their priority list, appropriations to fund them are at the bottom.”

Githinji Gitahi, head of Amref, the Kenyan health charity, agrees that companies are only part of the solution. “If you don’t have clinics where patients can go, or health workers who can prescribe medicine,” he says, initiatives by the pharma industry are “useless”. 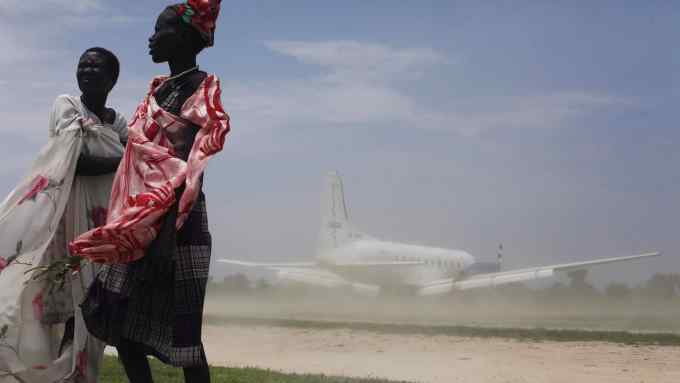