BlackRock has been hit by large outflows from some of its best-known US fixed income exchange traded funds this year, even as the sector has posted near-record net inflows of $161bn since the turn of the year.

All three ETFs have witnessed greater outflows than any other US bond ETFs this year, a total of $23.8bn. Largely as a result, the combined assets of the funds have tumbled from $98.6bn to $73.3bn, the FactSet figures show. Another BlackRock ETF, iShares 20+ Year Treasury Bond ETF (TLT), has seen the fifth-largest outflows as its assets have slipped from $18.9bn to $15.6bn.

“We are on track for potentially another record breaking year, breaking 2020’s net inflows record, but the heavyweight products from BlackRock have not been the driver,” said Todd Rosenbluth, head of ETF and mutual fund research at CFRA Research.

The overall US fixed income ETF market remains in rude health. The year-to-date inflows of $161bn equate to 13 per cent of the current AUM of $1.2tn, outstripping the equivalent 9.2 per cent figure for equity ETFs.

Industry number two Vanguard has garnered $61bn of this, equivalent to 23.6 per cent of its prior assets, aided by having the two hottest bond funds, the Total Bond Market ETF (BND) and Short-Term Bond ETF (BSV).

The 5.8 per cent net inflows BlackRock has recorded by this metric across its entire US bond ETF range also lag behind those of the next largest participants in the bond ETF market: third-ranked State Street (8.3 per cent), Charles Schwab (24.4 per cent), Invesco (15.2 per cent), Allianz, via its Pimco brand (6.5 per cent) and JPMorgan Chase with 29.1 per cent.

BlackRock’s relative weakness does not appear to be due to its product mix. For instance, while BlackRock has seen outflows from its range of ETFs that track investment grade corporate bonds with broad maturities, such as LQD, its rivals’ universe of equivalent funds has taken in money.

The same applies for HYG and TLT’s categories, although not for the ultra-short term Treasury bonds and bills targeted by SHV, where Goldman Sachs’ equivalent Access Treasury 0-1 Year ETF (GBIL) has also seen sizeable outflows.

Rosenbluth said BlackRock and Vanguard had, to some extent, “different audiences”, which could help explain their divergent fortunes.

Elisabeth Kashner, director of global fund analytics at FactSet, agreed, saying “even though, in some instances, their products can be quite similar, BlackRock really emphasises trading and liquidity whereas Vanguard lives and breathes for long-term buy and hold investors”.

As a result, “BlackRock has designed all of these products to be trader friendly, that is more friendly to tactical usage, and by golly they are being traded”, she added.

“These funds’ flows are notoriously fickle,” said Ben Johnson, director of global ETF research at Morningstar. “They’re likely to be used by traders looking for liquidity or short-term exposure to a particular corner of the bond market, and less likely to be used by long-term allocators.”

Another factor may be the US Federal Reserve’s decision to sell the $6.8bn of corporate bond ETFs it bought to help stabilise the market during last year’s pandemic-driven chaos, Johnson said.

LQD had been one of two main beneficiaries of this buying spree. However, the other major recipient, Vanguard’s Short-Term Corporate Bond ETF (VCSH), has still taken in a net $6.4bn this year despite the Fed offloading its position.

Vanguard has been growing more quickly than BlackRock more broadly, fuelled in part by an internal push to encourage clients to switch from its mutual funds to the equivalent ETFs, “so not all of [the inflow] is new money”, Kashner said.

Deborah Fuhr, founder of ETFGI, a consultancy, pointed to Vanguard’s cost advantage, with its largest ETFs having an asset-weighted total expense ratio of 5 basis points, versus 15bp for iShares.

“Vanguard has an ethos of being the low-cost provider. For many, as they move to ETFs, even from within Vanguard’s mutual fund products, that has been a driver of net inflows for them and they get significant income from financial advisers,” said Fuhr.

BlackRock’s own data indicated that the bulk of the outflows from its worst-hit ETFs occurred in the first quarter of this year, with outflows slowing in the third quarter or even turning positive in some cases. Moreover, it noted that some of its US bond ETFs, such as the iShares Core Total USD Bond Market ETF (IUSB) and iShares TIPS Bond ETF (TIP), have proved popular this year.

“Our clients, from retirement savers to institutional investors, turn to iShares for a combination of value and liquidity that helps them to quickly and efficiently transfer risk, reposition portfolios or implement hedges,” it said in a statement.

“iShares ETFs are a diverse offering of trading and allocation tools to enable critical versatility when navigating a wide range of market environments.” 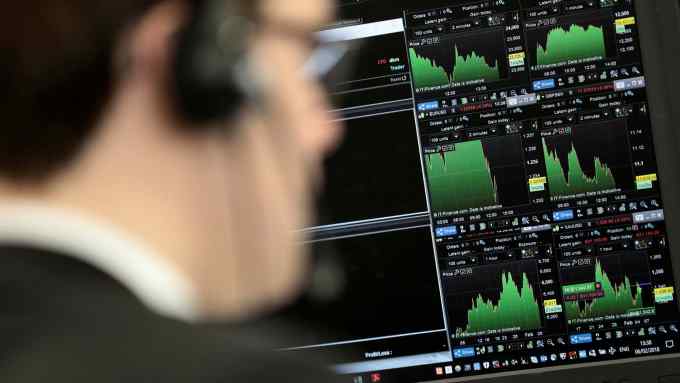