Details on how to apply for the inaugural ranking and how companies are assessed
August 14, 2017
Print this page
Experimental feature

Q. Do I have to pay to be included in the ranking?
A. No. If included in the ranking, your company is free to promote its success via a press release or message on social media or a company website. Only businesses that want to use the official seal featuring the FT and Statista logos for the FT 1000: High-Growth Companies Asia-Pacific 2018 have to pay a licence fee, in a one-off payment. The seal will be available after publication of the ranking.

Q. Do I have to purchase the FT 1000: Asia-Pacific’s High-Growth Companies 2018 licence in order to point out or make reference to my place in the rankings?
A. No. All those who apply and make it into the top 1000 list are completely free to publicise this fact. The official seal FT 1000: High-Growth Companies Asia-Pacific 2018, available for a licence fee, is merely an additional option for those who want to advertise and promote their achievement in a more visually striking manner.

Q. Is the creation of the FT 1000 ranking commissioned and paid for by customers?
A. No, this project has two revenue sources: revenues from licence fees, as outlined above, and advertisements in ft.com/special-reports where the ranking will be published (in full online) alongside FT articles on company growth trends and profiles. The special report, to appear as part of the FT in print and online, is an independent piece of journalism written and commissioned by FT journalists, drawing where relevant on the data collected for the ranking.

Q. Who is eligible to participate?
A. In order to be included in the ranking your company must meet the following criteria:

³The FT and Statista will discuss if companies shall be excluded that are listed and have experienced share price irregularities in the past 12 months. For example, companies may be excluded if their share price drops 25 per cent over that period.

Q. My company is wholly or partly owned by venture capital, private equity firms or investment funds. Can my company still qualify for the FT 1000?
A. Yes, as long as it complies with the aforementioned criteria.

Q. How do you verify the data provided by participants?
A. Revenue data are verified through the signing of this form by the managing director, chief executive, finance director, chief finance officer or a member of your executive committee. The form may be forwarded via email, fax or post.

Q. When is the registration deadline?
A. Registration through the online form can be completed between August 14 and November 15 2017.

Q. Until when am I able to submit the revenue verification form?
A. The deadline for us to receive this document is November 30 2017.

Q. How will Statista calculate the average growth in revenue of a company?

Q. Which definition of revenue will be observed in the FT 1000 list?
A. Net revenue adjusted for returns, excluding value added tax and derived solely from business activities (excluding any other operating income) as disclosed in your company report.

Q. Are further data, such as profitability, relevant for the FT 1000 ranking?
A. As a minimum, we require data on revenue growth. However, we also encourage you to add any pre-tax profit information to the registration form. While we state that pre-tax profit is not required, such information will help us better understand your company. Moreover, such transparency is likely to attract more editorial attention to your company in the FT special report.

Q. When will the FT 1000 Asia-Pacific ranking be published?
A. The ranking will be published in February 2018.

Q. Which information concerning individual companies will be published by the Financial Times?
A. The following information will be released about the top 1,000 companies: the company name, the average growth in revenue and the total revenue for the years of 2013 and 2016, the number of employees in 2013 and 2016, the founding date of the company and the URL of the company website, as well as the location of the head office and the pre-tax profit, if provided.

Q. How will I find out whether or not my company has made it into the ranking?
A. The results of our research will be published in the Financial Times and on FT.com. In advance of this, the successful companies will be informed by post of their inclusion in the list.

Disclaimer: the Financial Times and Statista retain the right to change the criteria and/or produce new criteria at any point in the project’s lifetime. 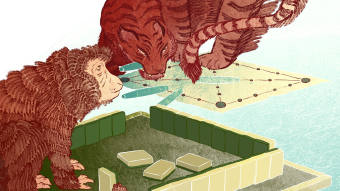