Cézanne, Morandi and Sanyu — a beautiful exhibition by Zeng Fanzhi

At Gagosian Hong Kong, a titan of contemporary Chinese painting brings together three artists who have influenced him

Placing painters in counterpoint to each other can be like drawing a Venn diagram: in the small area where the circles overlap, a powerful point of comparison can emerge. In an elegant and beautiful exhibition at Gagosian in Hong Kong, one of the titans of contemporary Chinese painting, Zeng Fanzhi, has created a display linking three artists who, he says, have all been powerful influences. And he makes a strong case for the visual ties and echoes between the exuberant, highly coloured Cézanne, the almost-abstract, almost-monochrome Giorgio Morandi, and the Chinese painter Sanyu, a member of the Paris School from the 1920s.

Zeng describes Cézanne as his “longtime companion”, the artist who has most continually enriched and inspired his own work. “I’m an artist, not a curator,” he says, and makes it clear, as we talk through an eloquent interpreter, that the exhibition is for him a creative work rather than an intellectual exercise.

“Cézanne is always spoken of as the great influencer of other painters, moving towards abstraction and so on, but I don’t see him in any art historical way, or in a theoretical way — it’s purely about looking, for me. I study how he lays every single brushstroke on the surface, how he uses colour to create form and contour . . . ”

Such close looking inspires the whole exhibition. Morandi, Zeng points out, used very similar techniques in his cool, quiet still lifes of pots and vessels. The Italian painter lived his whole life in Bologna, until his death in 1964, and, despite influences from Cézanne and other Paris-based masters of the previous generation, kept himself well away from noisier artistic movements of the time, such as Abstract Expressionism. Zeng says: “The point is that Morandi doesn’t want you to understand the objects in his work as objects — he wants to show that painting itself is how he sees the world, how he lives his life, in an interior sense — and this is very Chinese.”

From this Zeng makes the link to Sanyu, a contemporary of Morandi’s who moved from China to Paris in the 1920s. Although an active member of the School of Paris he was nonetheless, Zeng tells me, always slightly an outsider, always on a quest to make sense of the link between traditional and contemporary, eastern and western styles. In fact, Sanyu is probably best known for his nude studies, often highly stylised, but the works in this exhibition are quite different — flowers in vases, worked in thick oil, often using shades of white, employing a Morandi-esque, colour-as-contour technique. But, Zeng insists, Sanyu’s method is inherently eastern: that interiority, again.

It’s something of a surprise to listen to Zeng Fanzhi talk about his devotion to these three artists, in relation to his own work, which shows far more emotional directness and social engagement. His early “Hospital” studies displayed a vivid, angry response to the world he witnessed. And from the 1990s, after a move to Beijing, his famous “Masks” paintings were a powerful statement about contemporary urban life. His more recent work has moved away from that narrative element and often investigates the western canon, seen through a Chinese sensibility. His 2001 “The Last Supper” set a record for Asian art in 2013 when it sold at Christie’s for $23.3m. The figures in the four-metre painting, which echoes the composition of Leonardo’s original, are Young Communists in red neckerchiefs, each with Zeng’s signature wild, dislocated staring eyes and oversized, apparently bloodstained hands; only the figure that replaces Judas wears a western-style yellow tie. 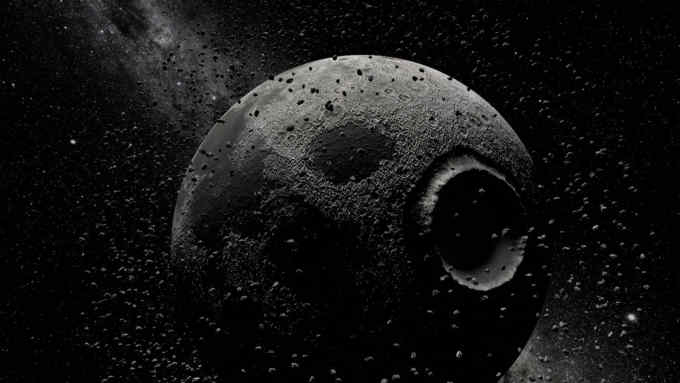