‘My cousin from Sudan, a doctor in UK, died from Covid-19. It’s a reminder richer nations should give back’

In this FT series people in many different situations share their experiences of this extraordinary time. The Coronavirus Diaries are published every Tuesday and Thursday.

You may have been surprised to learn that the first and second hospital doctors to die of coronavirus in the UK were both of Sudanese origin. I was not.

I was born in Sudan — I came to London aged two — and I have lost count of the number of my relatives who are working as doctors in the UK, Europe, the US and the Gulf. It must be in the dozens, including my mother’s youngest brother — a cardiologist based in northern England — and many cousins, including Adil El Tayar. Adil has the unfortunate accolade of being the first hospital doctor in Britain to die of Covid-19.

Days before he died, Adil told his wife and four children that he had left a portion of the family’s savings to pay for the repatriation of his body to Sudan, where he wanted to be buried. He was keen to ensure they would not have to worry about the funds for his funeral. Adil ordered his personal affairs with the precision of the excellent transplant surgeon that he was. In the months leading up to his death he was working as a locum in the accident and emergency surgical assessment unit at a hospital in the Midlands. He knew he was exposed to general patients, some of whom might be carrying the Covid-19 virus. He could have stopped working. But he didn’t. He contracted coronavirus and died within days of turning 64.

So why, I wondered, did he want to be buried in Sudan? His wife and children, two of whom are also NHS doctors, have lived in London for decades. Repatriating a body is not easy at the best of times, and it is even harder when a person has died of an infectious disease in such extraordinary circumstances.

As I was considering all this, it brought back an issue that has long troubled me and which has no easy answer. How fair is it that doctors who have trained in countries like Sudan at the cost of tens of thousands of pounds should end up working permanently in richer nations? And what recompense can there be for their source countries? 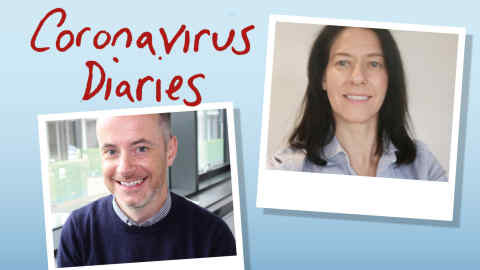 My relatives are a microcosm of this medical brain drain. Most doctors in my family, who have sought specialist training in the UK, do not go back to Sudan. I can only think of one: an uncle who returned for good after he completed his training as a gynaecologist/obstetrician in the UK. My uncle set up a maternity hospital in Sudan, which served and saved many thousands of women over many years. Four of his five children became doctors, yet just one has spent their entire working life in Sudan.

The UK currently employs more than 66,000 doctors from outside the EU — mostly from low and middle-income countries. Only 175 doctors in the past five years have gone back to their source country after specialist training in Britain. And I have not included nurses from less well-off states who are actively recruited by the UK and other western governments.

So what is the answer? I am absolutely not suggesting doctors from lower-income countries should abandon their posts in the UK and other developed nations and go “home”. In a globalised world, people have the choice to live where they can legally settle. Both my cousin Adil and the other Sudanese doctor who died from coronavirus, Amged El-Hawrani, were dedicated doctors serving communities here — regardless of their patients’ ethnicity, colour or faith.

Yet the potential for coronavirus to spread to countries with weaker health systems is the World Health Organization’s greatest concern.

Sudan, in particular, has emerged from 30 years of military dictatorship. After a much praised people’s revolution last year, the interim government is unable to show much progress and is having to manage a restless and impatient population. A coronavirus epidemic thrown into the mix could spell disaster for efforts to rebuild the country. Sudan’s future stability is also compromised by US sanctions and a $50bn dollar external debt burden.

I have seen first-hand what an inadequate health system means. When I was involved with a London-based medical charity for Africa, I visited a paediatric ward in a town east of Sudan’s capital, Khartoum. The doctor introduced us to a three-year-old boy clutched protectively by his mother. Speaking to us in English, the doctor said the child’s illness was entirely treatable, but for lack of the right medicines and medical equipment he was certain to die. The boy’s mother, who did not speak any English, asked me anxiously in Arabic to relay what the doctor had just said. “Your son is doing fine,” l replied. As a mother of four children myself, rightly or wrongly I simply could not tell another mother that her child was effectively on a death sentence.

So at this perilous time for the world, how much help is Sudan receiving from Britain, its former colonial power?

Our justifiable concern about the pandemic in the UK must not make us insular and inward looking — a nation operating on the same “me-me” values as the much-scorned toilet roll hoarders. Britain is one of the world’s richest nations and has benefited for many decades from medical workers from middle and low-income countries.

The secretary-general of the UN, António Guterres, told me in a recent BBC interview that he has launched a humanitarian appeal to raise $2bn focused mainly on helping 40 of the most vulnerable countries through this current crisis.

Oxfam is urging measures such as a moratorium of all interest payments on government loans and cancellation of part of the debt of low-income countries — a call which the British government could amplify at this time.

The UK is a member of the G20 group of leading industrialised nations who collectively account for 80 per cent of global gross domestic product. And as Mr Guterres reminded me, the US alone has already allocated a $2.2tn rescue package for its own country. The amounts poorer nations need are minute in comparison.

My cousin Adil died as a working doctor in Britain: yet he believed he owed something to Sudan, the country that had educated and trained him. In recent years he had spent time in Khartoum trying to establish a better and much-needed organ transplant centre there. As his family prepared to send his body back to Sudan for burial, it served as a reminder to me that richer nations should give something back too.

Zeinab Badawi is a Sudanese-British television and radio journalist 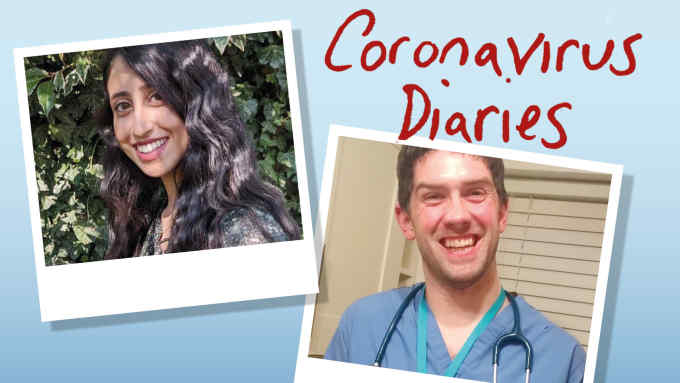 The coronavirus crisis is changing all our lives in ways we could never have imagined. Coronavirus Diaries is an FT project which we hope will capture experiences from people in many different situations of trying to work — and live — in this extraordinary time.