Lead the way with 50% off
Opinion Chicago

Buoyed by my box set

How does one thank the characters of a 1970s TV sitcom?
Susie Boyt 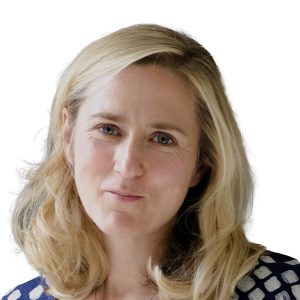 Sign up to myFT Daily Digest to be the first to know about Chicago news.

I was walking along my street when a kind looking woman who seemed slightly familiar stopped me to ask how things were going.

“Oh, I am sorry to hear that,” she murmured. In her right hand she was clutching a navy cloth-covered bible with gold lettering. “Would you by any chance like to come to a little meeting we’re holding tonight at the pub on the corner about the meaning of suffering? Should be terribly interesting. It’s called ‘Does God Care?’”

“Thank you so much,” I said. “That is just SO kind, but I’m afraid that I’m a bit …a bit …snowed under.” The sun shone extravagantly above us. It was a ridiculous image to have used. I thought of a friend in Chicago who not long ago had to borrow his next-door neighbour’s salon-quality hair dryer and a long kinky lead because the lock on his front door had frozen and he couldn’t insert his key. “I must have looked awfully camp to passers-by,” he mused.

“Another time then,” the bible woman said, graciousness itself, and drifted away, long gathered skirts trailing on the ground.

“Will you let me know what transpires?” I almost called after her. “I mean, I sincerely hope you conclude that He does,” I could have yelled, but I did not want to sound too needy. If there is no God I can probably just about bear it, but if there is a God who simply doesn’t care, then we may as well all give up here and now.

When the chips are down you need little satellites of encouragement and cheer positioned in every nook and cranny of your home and on the corners of each street and in the faces of the people that you meet. I put a pale pink camellia into a small jug covered in hand painted roses and positioned it on the lip of the bath. I displayed a warm fruit cake that smelled of whisky and vanilla on a pressed glass stand on the kitchen counter. But the camellia sprouted a tenant – a massive furry green caterpillar with a disconcerting stare – and the cake, through neglect, soon began to look forlorn.

“Can I take you out for a coffee?” the newsagent asked me when I went in for some sweeties and this paper. “You look like you could do with a kind shoulder.” I shook my head: “No, no, no! You see, I’m the shoulder round here. I am the person other people turn to when THEY need to talk. That’s how it works. These things aren’t just reversible you know!” I wanted to say, but I hadn’t the strength.

“Would you like a hug?” the woman in the health food shop offered. I took a hasty backward step. I’ve never even been in there before.

If you are an Alpha Consoler, receiving consolation is a dicey thing. And then an outspoken New Yorker I used to know came back into my life to fight my corner.

She’s my own personal champion who is coaching me in survival through the sheer power of her wit and vim. Her combination of artistic metropolitan neurosis and high moral energy almost convinces me everything soon will be well. I commune with her for an hour or so every night before I go to sleep. She is tough and sweet, which I was told as a child was the best kind of personality to have. (Not so good for baking though.) She is both a feminist and a window dresser. She arrived in a small box set of DVDs from Amazon.com. Her name is Rhoda Morgenstern. She lives in 1974. Boy, can she accessorise.

Rhoda, her little sister Brenda, her mother Ida and her husband Joe Gerard seem to have become my second family. Everything about these people speaks loudly to me and with joy. Brenda hero-worships Rhoda in the most robust way. She watches as her big sister applies her make-up with so much skill and style that she wonders whether the finished face ought to be signed.

Rhoda’s mother is of the highly involved sort that is now illegal. She is a museum-grade specimen, perhaps. On the second morning of Rhoda’s honeymoon Ida telephones and enquires with some delicacy, “Any news from the stork?”

A great deal of each episode is taken up with Rhoda wondering strenuously if her husband is unhappy, which makes him miserable. Food is the ever-present fifth character in this show. A common refrain is: “If anyone needs me I’ll be in the fridge.”

I’m not sure why these people delight me as they do, but I think it is to do with their candour and warmth. Where would I be without them? The Morgensterns could not be doing more for me if they were my best friends. Perhaps they are. How will I ever thank them?

Get alerts on Chicago when a new story is published