Mary Barra, the engineer summoned to tune up a Detroit classic 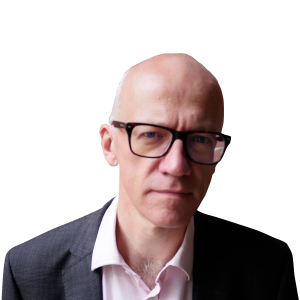 Sign up to myFT Daily Digest to be the first to know about Industrials news.

It was like watching your daughter graduate from college.” Dan Akerson sounded positively emotional as he told reporters about handing over the reins as chief executive of General Motors to Mary Barra– a protégé of his since he arrived at the car group three years ago. She is now taking on the most coveted and closely watched job in the industry.

The ascent of the 51-year-old is, in some ways, extraordinary – not least because she is a woman in an overwhelmingly male industry. And a visitor to her office at GM’s vast technical centre in a Detroit suburb could be forgiven for missing her importance. She largely eschews the business-school jargon of her peers, peppering her conversation with references to her two children’s views of the cars she drives home from work. (She herself is reported to favour the Chevrolet Camaro.)

Ms Barra’s appointment is also notable for the fact that after many years of the top job going to someone from the finance side of the business, GM has picked an engineer. A Detroit native and daughter of a shop-floor worker, she proved herself time and again as an engineer, plant manager, personnel officer and manufacturing executive. “She has a very good understanding of what people across the company, from the lower levels right to the top, are doing and how they are thinking,” says a former colleague.

“She is an impressive engineer and a product developer …but above all a very pleasant person.” Even so, it will not be easy. “This is the job that requires the broadest of shoulders,” says another former colleague and friend for 15 years “And I cannot think of anyone with broader [ones]. She will not blink.”

Ms Barra has shone thanks to her ability to solve problems – something GM has not been short of recently. For the past two years she headed global product development, taking over an operation Mr Akerson described as having been “chaos”. Under Ms Barra’s leadership the operation – which was starved of funds ahead of GM’s bankruptcy in 2009 – produced star models such as the new Chevy Impala and a highly profitable new range of trucks.

She is also known to be decisive. At one meeting in Detroit in 2009, senior sales executives were arguing to add another engine to GM’s Asian product offerings. Ms Barra spent most of the debate listening before laying down a simple argument that would mark her tenure as GM’s product chief. “No, I will not agree to do that,” she told the room. “We cannot overproliferate the product portfolio. We’ve proliferated enough.” The engine never made it to Asia.

Ms Barra is no stranger to fixing crises. She was parachuted into a communications role to soothe relations with GM and the United Automobile Workers union after a crippling 54-day strike at plants in Flint, Michigan in 1998. “She had a sense of what the issues were …there were a lot of wounds to be healed,” says a person who worked with her on that project.

Her people skills have also helped elsewhere as she sparred with some of the industry’s big beasts, such as Detroit’s renowned product guru Bob Lutz, a man Ms Barra won over with her trademark eye for efficiency and sharp wit and sense of humour.

Yet the foundation of Ms Barra’s way of doing things comes from her engineering background. After attending Waterford High School 25 miles north of Detroit – “not a school famous for turning out executive talent,” says Michelle Krebs, a fellow student – she studied electrical engineering at Kettering University, later doing an MBA at Stanford. While she was at Kettering she worked at GM on the side; it was also where she met her husband Tony, a consultant.

“She works in a very engineering kind of way,” says Ms Krebs, now an analyst at Edmunds.com, a car data company. “She gathers a lot of information, she talks to a lot of different people, seeks the opinion of a lot of people then makes her decision.”

Today, GM needs more of that eye for economy. With 202,000 employees, annual revenues of $152bn and 11 brands being built in 30 countries, it is an unwieldy operation.

The company is losing money in Europe and its Asian strategy outside of China has failed to match expectations. A US sales boom that has led to 15 consecutive quarters of profitability will not last forever. It lags behind more efficient rivals such as Volkswagen in streamlining products and manufacturing systems.

Former colleagues say what MS Barra may lack in experience running a complete business is made up for by a relentless work ethic. She was always the first in the office in the morning and would respond to emails late at night, routinely dealing with correspondence at 11pm, after her children had been put to bed. And GM has had its eye on Ms Barra for some time.

A decade ago she was picked for an internal crash-course senior executive programme where, alongside 30 others – including Grace Lieblein, now Ms Barra’s global purchasing head – was taught management 101 by Harvard professors and sent to places such as Beijing to get a sense of the challenges ahead for the carmaker.

That global vision may well turn out to be her biggest asset. Colleagues in Asia still hail her work in maintaining a good relationship with SAIC, GM’s Chinese partner, after things got rocky following the US carmaker’s bankruptcy.

“Instead of saying she was very busy in Detroit she always made a point of addressing the entire senior team in Asia,” says a former senior GM executive in the region. “She understands that GM is a global …company and will only succeed if it succeeds outside the US.”