Credit Suisse’s new global head of compliance was one of several staff who received internal warnings about dealing with Sanjeev Gupta before the bank invested $1.2bn of client funds in the industrialist’s businesses, according to people with knowledge of the discussions.

Thomas Grotzer was general counsel for the bank’s Swiss business before his elevation last month after his predecessor was forced out.

When executives in the division discovered two years later that Credit Suisse funds were investing in notes tied to Gupta’s business, they shared their concerns with the funds’ managers and compliance staff. The discussions were first reported by the Wall Street Journal and Bloomberg.

The Gupta investments were made through a group of supply-chain finance funds managed by Credit Suisse, which the bank was forced to close in March over a lapsed insurance policy, trapping $10bn of client savings. The affair has further ruptured Credit Suisse’s reputation for risk management, and damaged relations with the bank’s prized ultra-wealthy clients who were persuaded to invest in the funds.

The fallout has led to regulatory investigations and an internal probe at Credit Suisse, which includes looking at when staff members were aware of problems surrounding Gupta’s business.

The probe is also focused on Credit Suisse’s relationship with Greensill Capital, the collapsed finance company that sourced notes for the supply-chain finance funds, and whether senior managers ignored risks in pursuit of a lucrative relationship with the business.

The UK’s Serious Fraud Office has also opened an investigation into the financial dealings between Gupta and Greensill. The Financial Times has previously reported on the suspicious nature of invoices to Gupta’s businesses in which the Credit Suisse funds invested.

Managers in Credit Suisse’s commodity-trade finance department reported their concerns over dealing with Gupta to Grotzer, as well as Luc Mathys and Lukas Haas, who oversaw the supply-chain finance funds.

Video: Greensill: a tale of hubris, hype and greed

Grotzer then ordered a due diligence review of Gupta’s business, according to a person with knowledge of the matter, but the bank’s asset managers continued to invest in invoices linked to the industrialist.

Last month Grotzer was promoted to interim global head of compliance after Lara Warner was forced out over the affair. Mathys and Haas — along with the head of Credit Suisse Asset Management in Switzerland and Emea, Michel Degen — were suspended in March as the bank investigates their actions in the funds’ collapse.

Mathys, Haas and Degen have not spoken publicly since being suspended. Grotzer declined to comment.

“We are currently focusing our efforts on recovering our investors’ money,” Credit Suisse said in a statement. “We are committed to learning the lessons and will share the relevant lessons learnt at the appropriate time.” 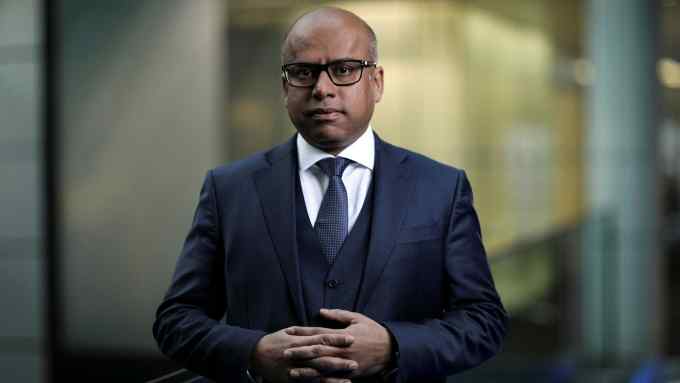