Oncologists dare to talk of a ‘cure’ in fight against cancer

For George Coukos, one of the world’s foremost experts in immunotherapy, this is “an extraordinary moment in human history” when the word “cure” can be seriously used in relation to cancer, our most feared global killer.

Meanwhile, oncologist Bruce Johnson, the outgoing president of the American Society of Clinical Oncology (Asco) and a 33-year veteran of the war against cancer, relishes the distance covered by his profession over the span of his career. He recalls that when he became a board-certified specialist in cancer medicine in 1985 “there were only about 10 to 15 drugs approved for all of oncology”.

These responses typify an authentic sense of excitement in the field about discoveries that suggest the disease is a foe that can be tamed, or even vanquished entirely, in the years to come.

As doctors and scientists revel in breakthroughs that are giving new hope even to the most seriously ill patients, uncertainties and frustrations must be overcome if the vision of defeating cancer is to become a reality for all.

The statistics tell their own story of a generational transformation. Asco, which whose annual gathering opened on June 1 in Chicago, says people are living longer with cancer than ever before. Approximately 64 per cent of US patients diagnosed in 2005 have lived 10 years or more, up from 35 per cent for those diagnosed in 1975.

The fruits of research are ever more voluminous. In just a year, Asco says, from November 2016 to October 2017, the US Food and Drug Administration (FDA) approved 31 new therapies for more than 16 types of cancer.

Behind the most promising developments of recent years has been the discovery that a patient’s own immune system can be mobilised to tackle the cancerous cells invading it. Where once cancer treatments were blunt instruments, increasingly they are being tailored to individuals with specific genetic mutations.

Asco this year highlights two particularly striking milestones. In August 2017, the FDA approved the first “adoptive cell” immunotherapy, also known as Car-T therapy. This is also the first gene therapy for cancer and is being marketed by Swiss company Novartis under the brand name Kymriah.

Asco says this “may be the first treatment to truly turn the tables on recurrent paediatric acute lymphoblastic leukaemia (ALL), one of the most common cancers in children”. In a clinical trial, in four of five patients, cancer went into remission after the treatment, which was individually prepared in the laboratory from the patients’ own blood cells.

In October 2017, the FDA approved the second Car-T therapy, axicabtagene ciloleucel, to treat adults with certain types of lymphoma. It is being manufactured by Gilead. Furthermore, Asco notes that other Car-T therapies “seem promising in clinical trials of people with multiple myeloma.”

The second breakthrough mentioned by Asco is “location agnostic” treatments. These can work on multiple cancer types by focusing on a tumour’s genetic make-up rather than where it is in the body.

“For instance, there’s a class of genomic changes that are called NTRK rearrangements where the chromosomes or genetic material breaks and reforms,” says Bruce Johnson, chief clinical research officer and institute physician at Boston’s Dana-Farber Cancer Institute, and a professor of medicine at Harvard Medical School.

These changes are “only present in the tumour and not present in the normal tissue”, Dr Johnson adds. The same changes “can take place in 12 tumours or more and not only in adults but also in children”.

The drug named larotrectinib, developed by Loxo Oncology with Bayer of Germany, is now set to become the first medicine to be “approved for the target and not by where the cancer starts”, Dr Johnson says. Asco notes that it “has the potential to become the first tumour-agnostic targeted treatment for cancer”.

Separately, it says that an “immune checkpoint inhibitor” — which releases brakes in the immune system so that it can attack tumours — called pembrolizumab has received accelerated approval to treat any type of solid tumour that has a defect that undermines the cell’s ability to repair DNA damage.

We don’t understand all that well the game, this engagement of the immune system with the tumour

Reflecting on the overall field of immunotherapy Prof Coukos, who is a director of the Swiss Cancer Centre and the Lausanne branch of the Ludwig Cancer Institute, as well as a professor at the city’s university, says the responses being seen in some patients suggest that immunotherapy can drive advanced cancer “into remission, which can be durable”.

The word “cure”, he notes, “is a very big word”. However, he believes that, in instances where 10 years have passed without a relapse or further treatment “one can potentially dare talk about the eradication of a tumour, which was advanced and metastatic, a state at which traditionally we have been unable to cure cancer”.

For all the optimism about the direction of research, questions remain about how to expand the number of patients for whom immunotherapy is the solution.

Dr Johnson says: “It looks like there’s somewhere between a third and two-thirds of patients where it either doesn’t work well, or as well as we would like.” A big focus for researchers is to find out the reasons for this, “and once you discover why”, to work out the “agents that will turn the immune system back on”.

Reflecting on the hurdles that still hamper attempts to find a universally effective immunotherapy treatment, Prof Coukos says: “What you see here is basically the collision of two extraordinarily complex systems: one is cancer and the other is the immune system.

“So you are in the biology of a run-and-chase,” he adds, “where the tumours continuously evade immune recognition and attack”.

Patients display enormous heterogeneity, both in terms of the way their immune systems respond and in their tumours’ molecular make-up, he adds.

Some recent failures in clinical trials of combination treatments have caused particular disappointment.

“So far some of the most intuitive approaches have started to fail, which means that we don’t understand all that well the game, this engagement of the immune system with the tumour,” acknowledges Prof Coukos.

He is not downhearted, however, as he reflects on the results of the most advanced treatments: “This is an extraordinary moment, I feel, in human history. To me, this is really the true transformation of cancer therapy.” 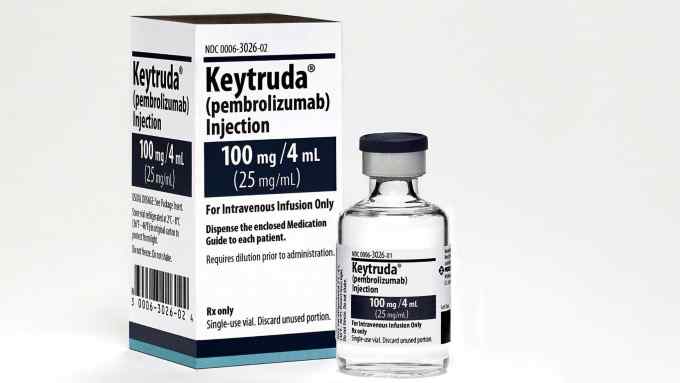