It was summer 2004 and I was in the passport control line at Quebec airport. I’d left Boston in shorts and a T-shirt, wilting in the 30C heat, to arrive in rain-soaked Canada where the temperature was 15C. I was blissfully unaware that my luggage — including waterproof jacket, sweaters and long trousers — hadn’t joined me on the flight from Boston.

“Business or leisure?” asked the French-Canadian border control officer of the bedraggled and suspiciously underdressed passenger. “Business,” I replied, hoping my school-grade French would hold up to more in-depth interrogation. After various efforts to describe my profession I reached for the rabbit in the hat. “Chelsea Flower Show?” “Ah, ze Chelsea Flower!” said my interrogator. And into Canada I went. This little vignette may seem trivial, but as a small insight into the international significance of what is a quintessentially British event, it stands up as well as any.

There is always much talk of the importance and singularity of Chelsea Flower Show in the weeks preceding it. But this year the focus has been more on the exodus of corporate sponsorship and its impact on the number of show gardens — the big, glitzy and highly photogenic installations that are a key part of the success of the event.

A normal year will average between 15 and 20 large show gardens (last year there were 17) but the organiser, the Royal Horticultural Society (RHS), has announced that this year there will be just eight. There are many reasons for the reluctance of some established show sponsors, in particular financial institutions, to put in the considerable sums — north of £200,000 is the norm, with some budgets exceeding £500,000 — required to deliver a successful show garden.

For some it is simply perception; how would investing in something as “frivolous” as a flower show go down with a risk-averse board while Brexit referendum shockwaves reverberate in a swirl of economic uncertainty?

Chelsea’s headline sponsor, investment manager M&G, also revealed 2017 would be its last show, ending one of the most prominent non-sports partnerships, stretching back to 2010. The timing of the uncoupling was coincidental, but was grist to the mill for doomsayers.

The announcement of a new RHS show can’t have helped either. The inaugural Chatsworth Flower Show, set within the historic Derbyshire estate, will take place just two weeks after Chelsea. Interest in the event has been strong, with established Chelsea sponsor Brewin Dolphin electing to sponsor a show garden by designer Jo Thompson in Derbyshire rather than west London.

While there are too few sponsors for the number of designers who would like to exhibit at Chelsea this year, in the Great Pavilion there are different challenges. The vast temporary structure that plays host to an almost overwhelming array of flowers, fruit, trees and shrubs, grown to perfection and deftly displayed, only exists because of the growers. But the nurserymen and women on whom the RHS relies for content, while not exactly a dying breed, are certainly an ageing one. As seasoned show veterans retire, too few are coming through to replace them.

So does 2017 mark the beginning of a slow decline for what has been referred to as “the greatest show on earth”? Garden designer, show garden judge and RHS council member James Alexander-Sinclair thinks not. “We need to look to new markets for spon­sorship,” he says. “Traditional sponsors are feeling the squeeze, but the RHS has yet to really engage with tech companies, manufacturers and the fashion industry, for example.” He is adamant Chelsea shouldn’t remain the same forever. “Sometimes it’s good to get a jolt, and the show will still be marvellous — there is no doubt of that.”

Alexander-Sinclair will be at the coal face, making sure it is; he is one of the designers creating five RHS-funded show gardens in collaboration with BBC Radio 2 to fill what would otherwise have been unthinkable blank space on Main Avenue, which is usually packed with show gardens.

For first-time Chelsea designers, the show is still the place to be. Charlotte Harris, who is creating a garden for Royal Bank of Canada inspired by the boreal landscape of that country, is in no doubt as to why she is taking the plunge. “It’s the greatest event in the horticultural calendar, and an opportunity to take risks with a design, to define 100 per cent of the story.” She also cites the importance of Chelsea to creative development. “You don’t grow as a creative unless you stretch yourself. At Chelsea you have to bring the best you can, the best of the best,” she says.

The creative and cultural significance of Chelsea is often underplayed as the cameras zoom in on celebrities and royalty. Yet over the decades the show has had a huge influence on tastes in garden design. The rock gardens of nurserymen designers such as George Whitelegg dominated Chelsea either side of the second world war, and became a staple of domestic gardens, too. Through Chelsea, the concept of the “garden as an outdoor room” was popularised during the 1960s and 1970s, and from the late 1990s the new wave of naturalistic perennial planting brought to the masses.

Chelsea’s influence isn’t solely restricted to roots and shoots. Fashion designer Sir Paul Smith is among the phalanx of high-profile non-horticultural designers who attend the press day, and he has described how the linear bands of colour in a display of chrysanthemums ended up almost unchanged as the stripes on a pair of socks.

The RHS is doing what it can to support reinvention in the Great Pavilion, providing mentors to help with the design of nursery stands. While some exhibitors show imagination every year, the more traditional stands, with black-cloth backdrops, hark back to the Victorian era. Hillier Nurseries, winner of more than 70 gold medals, has brought in garden designer Sarah Eberle to give its exhibits a new direction this year. The 2017 display will feature a four-metre-high coiled metal spring, like a giant Slinky, flanked by planting.

The incentive for designers and exhibitors to create something new and newsworthy is the press coverage that can follow. My 2016 show garden for Welcome to Yorkshire won the BBC/RHS People’s Choice award, but also a level of engagement most sponsors could only dream of with a conventional advertising campaign; 73m people saw it on television or in print media.

“Gardening isn’t world-shaking,” says Alexander-Sinclair, “[but] it makes people feel better about themselves and life. For one week in May you have the best of everything the industry can offer. It’s joyful, and the British do it better than anyone.”

There are other flower shows, but Chelsea’s location, history and cultural significance make it a one-off proposition. The RHS needs Chelsea to be a success, but so do the British public. As Brexit nears, the UK should be celebrating those industries and activities where it remains a world leader. Chelsea is now a fixture on the international calendar, attracting global media coverage. After all, what other horti­cultural event could ensure safe passage through recalcitrant passport control?

Matthew Wilson is a garden and landscape designer and horticultural consultant 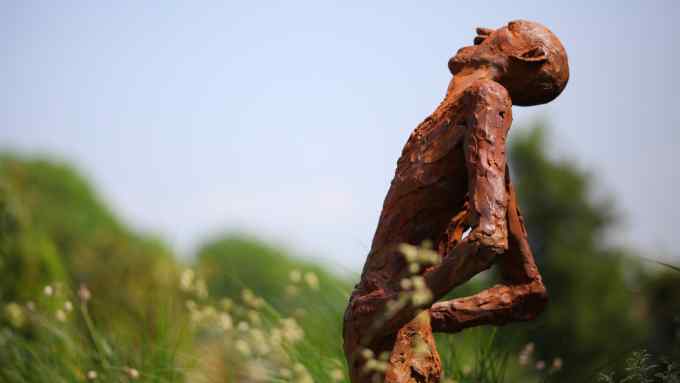