Johannesburg Covid-19 crisis: ‘The storm is upon us’ | Free to read

Security guard Prince checks shoppers for compulsory cloth masks before they enter a supermarket in Soweto, a township in Johannesburg, the South African city that is the continent’s single biggest hotspot for coronavirus.

With 12,000 new coronavirus cases confirmed every day, South Africa this weekend reinstated a ban on alcohol and a curfew in an effort to ease demand for hospital beds and control the virus. Infection rates have surged after an initially draconian lockdown was eased to release the pressure on the economy.

“The storm is upon us . . . it is stretching our resources and our resolve to their limits,” Cyril Ramaphosa, South Africa’s president, said on Sunday, as he urged people to wear masks.

Nearly a third of South Africa’s total of 276,242 confirmed cases — more than Italy or Germany — were recorded in the past week and almost 100,000 to date have been recorded in Gauteng, South Africa’s most populous province and home to Johannesburg. Cases in South Africa’s industrial heartland exceed Cape Town, site of the country’s first big outbreak.

As South Africa registered its first cases in March, a tough lockdown averted the kind of early devastating surge seen in European countries.

It also bought time for Africa’s biggest testing regime to be set up, with about 2m tests so far. But Mr Ramaphosa has largely had to abandon the measures as economically unsustainable, with South Africa’s already stagnant GDP forecast by the government to fall by the most in almost a century this year.

It took three months for South Africa to record its first 100,000 cases on June 22. It then hit 200,000 on July 6. The rate at which detected cases are doubling in the country, about every two weeks, implies that confirmed infections will be 1m by early August. The country’s peak may be that month or September, according to modelling carried out for the South African government.

With about 4,079 deaths to date, the relatively low fatality rate can be ascribed to a youthful population with a median age of 27.

But this will be put to the test as numbers of hospital beds and staffing come under pressure. South Africa’s “bed capacity, including all currently committed public and private-sector beds is expected to be breached in the next four weeks”, Zweli Mkhize, South Africa’s health minister, said last week.

Mr Ramaphosa said on Sunday that “we are working to further increase the number of general ward and critical beds available for Covid-19 patients” across all provinces. About 4,600 people were already hospitalised in Gauteng as of Monday.

According to doctors, public hospitals are reaching capacity and few private beds are spare. “Right now patients [who need help with oxygen] are not being admitted” to public sector hospital beds as these run short and the most serious cases are being prioritised, Lynne Wilkinson, a public health specialist in Johannesburg, said. “There are no beds for them, they are in corridors,” she added.

As a result, volunteers, including Ms Wilkinson, are working on converting the Nasrec convention centre just outside Soweto into South Africa’s biggest field hospital yet.

About 800 beds are being added to 450 in the site’s existing quarantine facility. The beds will eventually have piped oxygen but it is needed now, Ms Wilkinson said, and the volunteers are asking South Africans to donate oxygen concentrator equipment to fill the gap.

Even as cases surge in the city, the kit is scarce she said. “Suppliers tell us they’ve been bought out by private individuals” who think that they might need oxygen at home, she said. “That is why there aren’t any in Joburg. It’s crazy.”

About one in 10 of the city’s cases to date are in Soweto, the city’s biggest hotspot, repeating a pattern seen in Cape Town, where the poorest townships have been hardest hit. Social distancing is difficult in informal shack settlements or single-room houses that might be home to whole families.

Even as Mr Ramaphosa implored South Africans to wear masks and warned of the dangers of infection in confined spaces, he loosened rules for how many people can travel on minibus taxis, the main mode of transport in townships.

This shows that “managing this kind of health crisis in South Africa was always going to be an almost impossible task”, Sithembile Mbete, a University of Pretoria political scientist, said.

“For me, inequality is the biggest comorbidity for this disease . . . you are trying to manage a crisis for three different countries in one,” she added.

In the streets of Soweto, the enormity of the surge may not have dawned on everyone. Even if people wore masks at his supermarket, they might then have to get on to packed taxi minibuses where others might not wear them, Prince said. It was difficult to enforce, he added. “If you don’t have coronavirus, you don’t think that this thing is alive — and that it is going to kill you.” 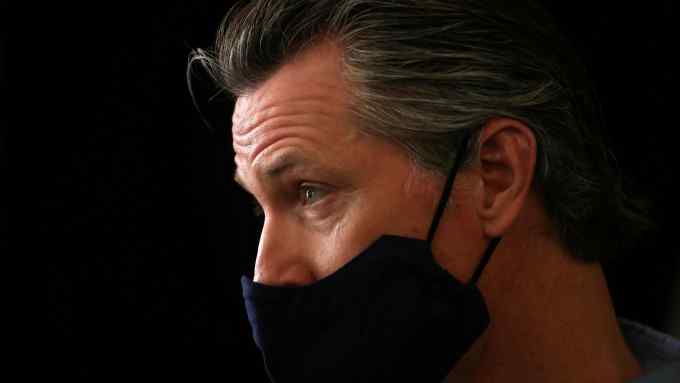