If there has been a gradual growth in social impact bonds over the past few years, Sir Ronald Cohen plans to sharply accelerate the trend in the months ahead.

The venture capitalist is seeking to raise $1bn by next summer to support education projects across Africa and the Middle East with payouts linked to outcomes, and a similar amount for India by the end of 2019, he said in an interview.

He hopes to raise funding from a mixture of governments, philanthropists and companies, which will provide money to underwrite some 150 projects backed by bonds to improve educational outcomes at different ages across a dozen of countries.

“If you want to bring systemic change to education, there has to be a more powerful way than lobbying for more money,” he says.

Social impact bonds, first pioneered by the UK in 2010 to help prevent reoffending among former prisoners, are structures through which private investors fund innovative approaches to social issues. They are reimbursed — usually by governments — only if they meet agreed targets.

The Brookings Institution in Washington DC has tracked their growth and provided the data in the table: over one hundred have been established since the start of the decade. The largest number are still focused in the UK, and most target social welfare and employment.

Yet they are increasingly being applied internationally — from the US to Uganda — for a wider range of projects and with backers including philanthropists and governments. While data are not always available, Brookings estimate social impact bonds have raised more than $364m since 2010.

For Sir Ronald, social impact bonds provide a way to generate greater funding for social policy while also proving attracting to investors. Notably, he argues they are a form of risk diversification because, “they deliver an uncorrelated return not linked to stock markets”.

Not everyone is so convinced. Michael Roy, a senior lecturer in social business at Glasgow Caledonian University, argues the bonds can be complex and costly to establish and monitor, imposing a heavy or impossible burden on many non-profit organisations.

As he and colleagues argued in the Stanford Social Innovation Review, the bonds shift social policy from a focus on citizens to the generation of return on investment. He concluded: “SIBs are both an archetypal “solution looking for a problem,” and an illustration of the cultural supremacy of market principles into all aspects of everyday life, including politics and policy.”

For those like Sir Ronald, at least in the absence of greater public funding, they provide a way to stimulate innovation, generating new money to launch closely-monitored projects in fields that have received insufficient investment up till now.

* Conversion rate at contract signing unless dollar figure provided.
1. Database is missing investment data for 25/113 deals.
2. Dollar conversion is based on the date we have in the database for the start of the contract, unless provided in fact sheet.
Source: Brookings Institution Global Impact Bond Database, July 12 2018

Explore the Special Report
READ MOREImpact Investing
Elizabeth Littlefield: ‘Not all social investment has to make a market return’ 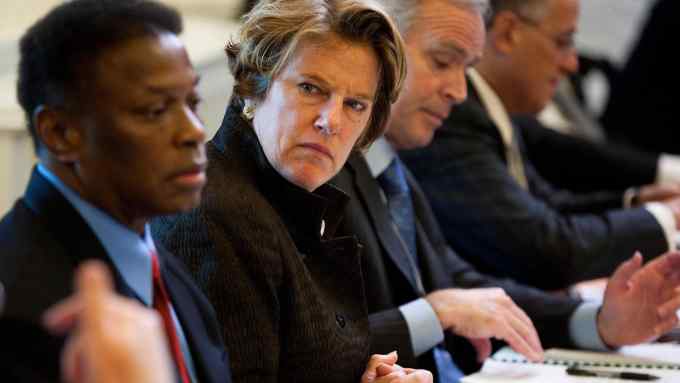