Wanted — a way with words in recruitment ads

How vocabulary and imagery can attract or deter female jobseekers

Type “ninja” into popular job search sites and the term is likely to produce pages of listings that are nothing to do with Japanese martial art, referring instead to more prosaic roles such as manager, programmer and strategist. Like “rock star”, a term that is similarly common in job postings, “ninja” is a description that experts say discourages women from applying.

How employers describe a vacant role matters, because they can inadvertently deprive their company of talented workers at all levels. In the US, 75 per cent of big employers list diversity as a priority, yet women are consistently under-represented, from entry level to C-suite, according to a report by McKinsey, the management consultancy, and Lean In, which was set up to help women with their careers.

Iris Bohnet, a behavioural economist at Harvard University and author of What Works: Gender Equality by Design, is working on experiments that explore how job adverts can be designed to attract interest from both sexes. Using randomised control trials examining government and private sector job advertisements, Professor Bohnet will measure numbers of men and women applying in relation to the use of words that tend to appeal to different genders.

“Words such as ‘leader’, ‘assertive’, and ‘competitive’ are adjectives coded in our heads as typically male,” she says, in contrast to words seen as “typically female, such as ‘co-operative’, and ‘compassionate’.” She adds: “Based on a limited number of studies we know women are less likely to apply when there are more male-coded words . . . we have to do more with field experiments and get employers to try different strategies.” 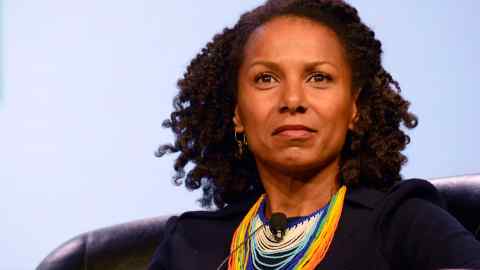 The area has also attracted the attention of entrepreneurs, who want to apply science to the job ads board.

Kieran Snyder, an expert in linguistics, founded Textio, which provides software analysis of recruitment ads. Its database references millions of previous recruitment ads, including details of who was appointed to the role so the software can make suggestions on how HR managers can phrase descriptions to attract more candidates, including using more gender-neutral language.

Textio has worked with large companies including Credit Suisse, Vodafone and Swiss Re, Ms Snyder says. She claims that using the software will result in a 17 per cent faster time to hire a candidate, with 12 per cent more candidates from under-represented groups.

“People’s intuition about what constitutes bias is not very good. The important component to Textio is the real world,” she says, referring to its database of documents.

Tweaking the words used to describe roles is only part of ensuring a balanced slate of candidates. Where companies hunt for recruits is equally important.

“Employers assume if they post the ad on LinkedIn that is fair. But that’s not the case,” says Joelle Emerson of Paradigm, a diversity consultancy that has worked with companies, including in the technology sector where the dearth of women is notorious. “The way you target your job search affects who applies.” She advises seeking out places or events, such as conferences, that are attractive to groups of people who are under-represented in the company, in order to bring employers into contact with a fresh pool of candidates.

Think twice too before turning to informal networks of existing staff. “Our own networks can be homogenous,” she cautions. “Most referrals don’t represent diversity.” The solution can be as simple as reminding contacts that you want to hire a diverse workforce when prompting them to ask around their own networks.

Once potential candidates are found, employers should ensure that communication continues to be unbiased, which includes making sure their workplace looks representative.

Pictures on the corporate website might be unthinkingly selected by website designers, but there is a conundrum here: in industries, such as engineering, where most workers are men, the pictures might accurately reflect the lack of women, but images of women are necessary to encourage them to apply, research shows.

Ms Emerson says one large organisation she recently worked with had a careers website where more than 70 per cent of the images were of white men, and the women tended to be carrying out administrative roles. Even icons were masculine: a symbol for the company gym was a man’s muscled arm.