Majority may still fail to see benefits of good governance

We’ll send you a myFT Daily Digest email rounding up the latest Petrobras news every morning.

As Brazil’s investigation into its Car Wash (Lava Jato) corruption scandal enters its fifth year, Eduardo Staino, the head of compliance at Andrade Gutierrez, one of the country’s largest construction companies, recalls how the scandal took a toll on him.

“I am not going to say Lava Jato is the only reason for my marriage’s failure,” says Mr Staino, who divorced last year. “[But] I had my head in the job,” he adds, referring to the work hours and stress that he attributes to the scandal.

The continuing criminal investigation into bribery at Petrobras, the state-controlled oil producer, which came to light in 2014, has implicated a sizeable part of Brazil’s business and political establishment. Following the arrest and jailing of some Andrade Gutierrez executives and the imposition of a R$1bn ($290m) fine on the company, Mr Staino was put in charge of strengthening its compliance rules.

In common with managers in a similar position at other companies caught in the Car Wash deluge, much was left to him to protect the organisation from further legal exposure and to repair a sullied reputation. “We cannot make such a mistake again,” says Mr Staino. “We can see clearly today that if we do something wrong again we are finished.”

Such efforts as Mr Staino’s may, in the long term, help clean up the image of Brazil’s politics and business. In the meantime, the probe into graft at Petrobras, which revealed that a considerable number of companies received public contracts in exchange for bribes, has fuelled a regulatory compliance boom in Brazil.

As a result, companies have been compelled to develop codes of conduct and ethics. Such procedures as hotlines for complaints to limit opportunities for illicit payments have also become a feature of the business landscape. 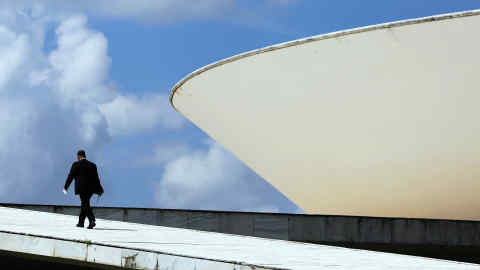 The basis of a stronger legal framework came in the form of Brazil’s Clean Companies Act, in force from 2014. This has forced many companies to take compliance more seriously, not least because those found guilty of graft face potential fines of up to 20 per cent of their previous year’s gross income.

This was followed by a 2016 law that set governance and compliance rules for Brazil’s state companies, or those in which the state has a controlling interest such as Petrobras. Government ministers and members of political parties are banned from being appointed to such companies’ boards of directors.

Lava Jato has turned corruption into a “huge worry for everyone”, says Marcello Hallake, partner at Jones Day, international lawyers. In Brazil, compliance officers, heads of compliance and legal aides for compliance, he adds, are “much in demand these days”.

At Andrade Gutierrez, robots have been brought in to help. Before the company makes a payment to a supplier, Mr Staino explains, a software robot can go through a database to check what links that supplier might have to politicians.

Where once Brazilian companies boasted about profits, now they may be as likely to emphasise how they stick to compliance rules. Fábio Januário, chief executive of construction company Odebrecht, which found itself very much part of the Lava Jato drama, says: “The company is going through a profound moment of transformation, perhaps like no other.”

A 2018 study by Berlin-based Transparency International, a non-governmental organisation, suggests a trend towards anti-corruption compliance and ethics in Brazil. 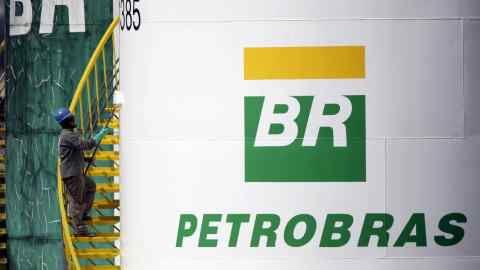 The 110 companies assessed on the strength and transparency of their anti-corruption programmes scored an average 65 out of 100, compared with 55 two years ago.

Katja Bechtel, Transparency International’s head of business integrity, warns that it is too early to say if “Brazil’s compliance hype” is part of a serious commitment to change things. “Cultural change does not happen overnight, but needs continuous efforts,” she adds.

“The vast majority” of companies in Brazil, says Mr Giovanini, have not yet realised the benefits to their business of having “a well-established compliance system”. Having a complaints hotline as part of a compliance scheme “is not enough to make things right”, he adds.

Get alerts on Petrobras when a new story is published 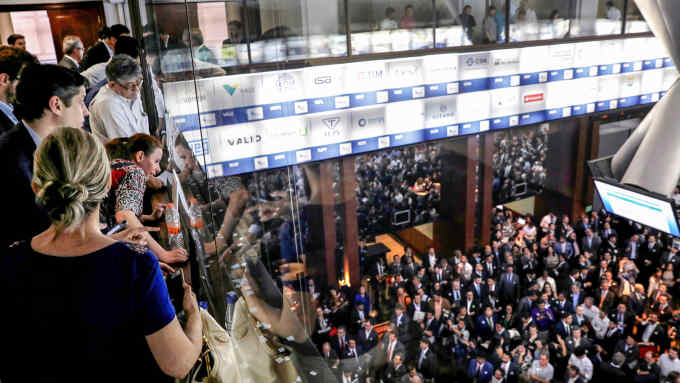