Can’t sleep? There’s an app for that

From weighted blankets to pillow spray, Emma Jacobs puts the latest sleep aids to the test

My forays into the sleep-industrial complex really took off after the birth of my son. Being a new parent turns you into a sleep obsessive. My harried peers and I would swap tips on getting our infants to shut their eyes and stay that way for longer than an hour. And then came the products: white noise machines, swaddling blankets, aromatherapy oils. When the dratted soft toy that is meant to recreate the noises in the womb failed me, I scoured online forums searching for the good stuff.

I became so fixated on sleep that by the time my son stopped waking every two hours at night, I had developed insomnia. Again, I turned to the internet to find a cure. Sleep consultants, pills, apps and meditation mantras all promised a solution — at a cost.

Sleep is big business, particularly as mobile phones further distract and stimulate our minds. According to Euromonitor, the market research company, sleep aids are one of the fastest-growing categories in consumer health, worth about $2.2bn globally in 2016. I tried five products to see if any of them actually worked for me.

This Lumie “dawn simulator” is a large, massively expensive alarm clock with a light that mimics the effect of sunrise and sunset, and a radio. It had one immediate advantage for me: removing the need for a mobile device in the bedroom. The interface is a bit complicated and sparked an argument the first day when my partner complained I had set the alarm too loud: I had to leaf through the manual to figure out how to turn it down.

The feature I liked the best was the fake sunrise effect. This encourages you to rouse from slumber gradually rather than being assaulted by a beeping alarm, and I imagine it would be helpful during long British winters when you have to force yourself awake in darkness. I was more sceptical about the sunset feature, which dims the lights gradually at bedtime. As someone who reads in bed, I don’t quite understand the point.

I loved the thunderstorm, blackbird and white noise for relaxing but was less keen on the traffic and the ping-pong. And I would rather wake to the radio than a kitten purring or crickets chirruping. I don’t think it would do much for my sleeplessness but it’s a brilliant alarm clock. (£199) Rating: 4/5

The gravity blanket by Senso-Rex

Weighted blankets are nothing new. Children on the autism spectrum and anxious elderly people have enjoyed their cocooning effect for some time. Their rising popularity in the US has been seen as an indication of the turbulent political climate. This version, made by Senso-Rex, promises to create “the feeling of a gentle, loving embrace” so that the “body relaxes . . . stress and anxiety levels drop and you can peacefully fall asleep and feel rested”.

A 2015 report in the Journal of Sleep Medicine and Disorders concluded weighted blankets may improve sleep quality. At £149, this slate-grey blanket is not cheap. It looks good but it fell short of its marketing suggestion that swaddling myself in it would feel like a cuddle (more of a reassuring pat).

Some online reviewers claimed they couldn’t turn over at night but to me it felt rather light even at 20lb (the heaviest one is 25lb), which is well over the recommended 10 per cent of my weight. It was stylish and cosy but for full-on anxiety, I would need something more heavy-duty. (£149) Rating: 2/5

Aromatherapy is appealing; it seems romantic and natural, and smells nice. Knackered on a Friday evening, I sprayed this on my son’s pillow. We lay down together, inhaling the lavender, vetiver and chamomile. It was soothing, sparking memories of a neighbour who was a drummer in a 1960s band and who reeked of patchouli oil, though this fragrance was far nicer. After 20 seconds, my son grew restless. “Mummy, is it working?” Clearly not.

Later, I applied it to my own pillow. Focusing on the smell and on my breathing was meditative. Later, my partner found me passed out. “It worked then,” he said, raising an eyebrow. A few days later I tried it again in a fit of sleeplessness. An hour later, I was wide awake. (£18) Rating: 2/5

This app/website was devised by a neuroscientist specialising in sleep research and his ex-insomniac business partner. Based on cognitive behavioural therapy, it features advice dispensed by a cartoon professor with a calming Scottish accent. You fill out a sleep diary to identify which aspects of sleep you want to improve.

Over six weekly interactive sessions, “the prof” delivers tailored advice on subjects such as light exposure and exercise, challenging your assumptions about sleep. There are mindfulness exercises and a message board for exchanging tips.

Full disclosure: I didn’t complete the programme due to time constraints. But I liked some bits, such as making a list of good things that had happened that day and writing a to-do list to nail down whirring worries before bed. Nice, the independent organisation that advises the NHS, looked at the app last year and concluded: “There is good-quality evidence that Sleepio improves sleep but the effect size varies between studies.”

For me, the downside was it triggered my obsession with sleep and reinforced my suspicion that the best sleepers are those who don’t give it a second thought. And accessing it through a mobile and laptop did nothing for my digital disengagement. (Free to individuals via the NHS in Greater London, their employer or participation in a research trial.) Rating: 3/5

I was introduced to the idea of a cool bed pad by Tim Ferriss, the self-help guru who wrote The 4-Hour Workweek. In his latest book, Tools of Titans: The Tactics, Routines and Habits of Billionaires, Icons and World-Class Performers, he sings the praises of the Chili Technology ChiliPad. It is meant to find the perfect sleep temperature (which, it turns out, is colder than you think).

It sounded amazing. But I couldn’t get one in time so my editor got hold of a gel mattress topper instead. This eschews technology, and promised relief during the recent British heatwave. You put it in the fridge or freezer before bedtime. It didn’t fit in my freezer, but I squeezed it into the fridge. Before bedtime I tucked it under my sheet. It was cool — but cooler still was the fan I switched on. As a low-tech option it was functional but no miracle. (£108.99) Rating: 2/5

How do you feel about sleep aids? Are you for or against them? Have you ever tried one that works? Let us know in the comments below 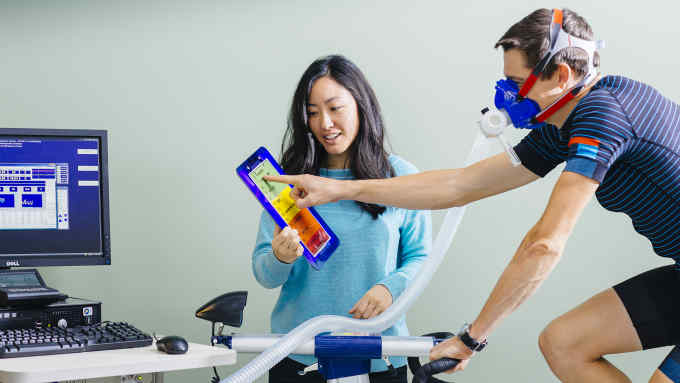