Matthew Rocco in New York and Justin Jacobs in Washington

Texas rescinded its mask mandate and lifted pandemic-related limits on business capacity even as Biden administration officials called on US states to hold off on rolling back rules aimed at slowing the spread of Covid-19.

Greg Abbott, the state’s Republican governor, acted as coronavirus cases and hospitalisations continued to fall in Texas, mirroring improving trends in most other parts of the US after a surge in the autumn and early winter.

“It is now time to open Texas 100 per cent,” Abbott said as he issued an order lifting the restrictions, effective March 10.

His move was criticised by prominent Texas Democrats, including Sylvester Turner, Houston’s mayor, who said he was “disgusted” by the decision and would look for ways to maintain a mask mandate in his city.

Abbott’s action also came only a day after Rochelle Walensky, director of the US Centers for Disease Control and Prevention, warned that “recent declines [in coronavirus cases] appear to be stalling”.

“With these new statistics, I am really worried about reports that more states are rolling back the exact public health measures we have recommended to protect people from Covid-19,” she said during a White House briefing.

Mississippi also eliminated state-imposed requirements for face coverings and limits on business capacity on Tuesday. Governors in Iowa and Montana ended mask requirements last month, while Arkansas was set to end its mask mandate at the end of March if positive test rates remain low. States including Georgia, South Carolina and Florida, the third-largest by population, have not imposed statewide mask mandates during the pandemic.

Several states have also eased other Covid-19 rules. Gretchen Whitmer, the Democratic governor of Michigan, allowed an increase in indoor dining and retail capacity and the resumption of small indoor gatherings on Tuesday.

Covid-19 hospitalisations nationwide, which have dropped every day for almost seven weeks, extended the decline on Tuesday to the lowest level since October 29, according to a Financial Times analysis of Covid Tracking Project data. The US has averaged 64,516 cases per day over the past week, after reporting fewer than 50,000 daily infections on Monday for the first time since mid-October.

Vaccinations have also hit milestones this week, fuelling optimism that the US is turning a corner in its fight against the virus.

The CDC said vaccine deliveries surpassed 100m doses on Tuesday, a day after figures showed that more than 50m Americans have received at least one shot since the rollout began late last year.

Texas — the second most populous state in the US — has administered nearly 6m vaccine doses, with 3.7m people receiving at least one shot, according to the CDC. The state expects that more than half of its seniors will have received at least one dose by the middle of next week, the governor’s office said. 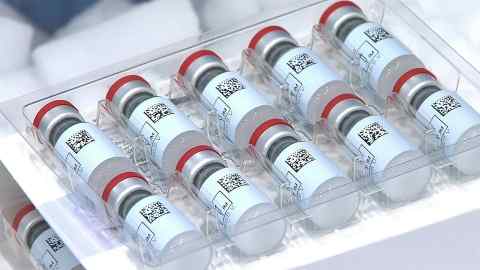 Under Abbott’s order, Texas counties can implement some mitigation strategies if coronavirus-related hospitalisations in their area rise above 15 per cent of bed capacity for seven straight days. Counties would be able to limit business capacity in such cases.

The order said residents were still “strongly encouraged” to wear face covings when social distancing was not possible. Businesses may also limit capacity or require additional safety measures on their own.

“Make no mistake, Covid-19 has not disappeared, but it is clear from the recoveries, vaccinations, reduced hospitalisation, and safe practices that Texans are using that state mandates are no longer needed,” Abbott said in a statement.

Turner, the Houston mayor, accused Abbott of lifting the mask mandate to deflect intense criticism of his handling of a winter storm last month that left millions of Texans without power and heat amid freezing temperatures.

Eric Johnson, Dallas mayor, said it was “not time to let down our guard” as cases remain elevated and virus variants spread.