Most developed countries that reported an unemployment rate as high as South Africa’s 27.5 per cent — or 6.2m people actively seeking work — would consider the situation a state of emergency.

Nearly a quarter of a century has passed since the oppressive and discriminatory system of apartheid was abolished, but efforts to improve the living conditions and employment prospects for black South Africans clearly have further to go.

Although there will have to be a multi-pronged approach to correcting the wrongs of the past, I believe that nurturing entrepreneurship in South Africa should be one of the main tools to create jobs and counter unemployment.

The latter category are defined as those who start a business with an intention of hiring 20 or more people within five years.

The challenge is that the few businesses set up by South African high- expectation entrepreneurs are likely to succeed — typically four out of five fail within the first two years, according to a report into the state of the start-up sector in South Africa. Many failed businesspeople blame a lack of funding for this high rate.

However, South Africa has taken several steps to create a nurturing environment for such entrepreneurs. The establishment of Alumni Energy Investments (AEI), the financial services provider and venture capital company of which I am chief executive and founder, was greatly aided by favourable policies from the South African government.

An income tax act from 2009 means, in essence, that South African taxpayers who invest in AEI can deduct their full investment amount against their taxable income. AEI in turn invests in South African start-ups with a particular focus on the energy sector.

Assuming the highest individual tax rate in South Africa of 45 per cent, the government is effectively paying R45 for every R100 ($7.30) invested in AEI and other approved venture capital companies.

I believe it to be one of the most progressive pieces of legislation on the planet, mitigating the risk to investors supporting small to medium-sized businesses.

AEI has raised more than R20m in its first year of operation, and employs 12 staff, as well as regular consultants on an ad hoc basis. Most of the initial funding we raised was through our network of friends, family and seed capital.

We have always looked to fundraise using smarter ways that reduce the risk for the investor — crowdfunding has worked well in this regard.

Given the reluctance of traditional financial institutions to back unproven ventures, the South African fundraising landscape for entrepreneurs is reliant on venture capital funds, as well as cash from family and friends, for investment in such innovators.

It is also notable that Cape Town, rather than South Africa’s economic hub of Johannesburg, is more highly regarded for its innovation — a fact I attribute to the laid-back nature of Cape Town that fosters innovation.

Although access to funds is a crucial element in getting your innovative start-up off the ground, experience has taught me that determination and preparation are also required to make your business ready for investment and successful.

South Africa has taken steps to assist small businesses and create much needed jobs, but we must develop more ways to support entrepreneurs and improve their likelihood of success.

South Africa has the world’s highest Gini coefficient — a measure of income inequality — making the creation of better paying jobs crucial to building a fairer society.

There is a clear necessity to support businesses in order to help address the injustices that the majority of South Africans still face.

The writer is a South African entrepreneur. He co-founded Alumni Energy Investments, a financial services provider and venture capital company, and Africa New Energies, an oil and gas exploration group 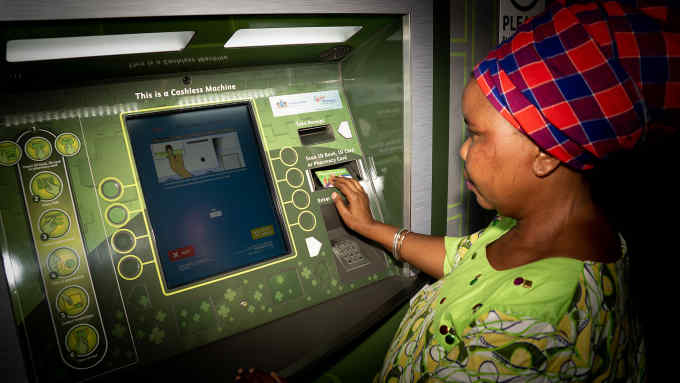