Despite greater opportunities and strong networks, funding is among challenges that remain

Since the murder of George Floyd last May, and the subsequent Black Lives Matter (BLM) demonstrations around the world, black jewellers’ experiences in the industry have come to the fore.

Black jewellers in the US and UK wrote open letters to the industry about its inequalities and the changes they wanted to see. Then, in October, London-based jeweller Kassandra Lauren Gordon published a UK-wide survey with the Goldsmiths’ Company and Goldsmiths’ Centre (a UK charity for the training of goldsmiths) of black jewellers’ experiences in the industry. The responses highlighted a lack of funding, business experience and role models. She also raised nearly £20,000 for black jewellers, with the Goldsmiths’ Company Charity donating a further £6,000.

A year on from these calls for change, there have been some shifts — but there is still a long way to go. Although black jewellers have been maximising their new opportunities, many still face challenges, says Vania Leles, founder of VanLeles Diamonds in London. And, in a slow-moving industry, these could take three or four generations to overcome.

Gordon says she now feels more comfortable in the industry, having discovered more black jewellers since she began her survey. She also has an artist-in-residency role and a workspace at bespoke jewellers Taylor & Hart. “I learn from others, from stone setters, from people in the trade,” she says of her white male colleagues.

The BLM protests have inspired creativity, too. Natalie Ifill, who founded the Jewellery by Eilatan brand last year, creates pendants from recycled silver and bronze featuring the BLM clenched fist. Her designs, with names such as Know Your Power and Fists Up!, have “drawn people to me, not necessarily in sales, but following and wanting to support me”, Ifill says. She turned her hobby into a business while on furlough from her now part-time art-handling job at London’s Victoria and Albert Museum.

New organisations have created new initiatives. The Black in Jewelry Coalition, set up in October, offers its international members educational webinars and resources, such as an online directory of black jewellery designers and black-owned businesses. The Couture Show fine jewellery fair started a mentorship programme through its diversity initiative in January, with 15 Latinx, Asian and black jewellers.

“As long as we stick together, we’ll definitely be out in the forefront,” says Castro, founder of the Castro NYC brand. “It can’t be one at a time because, if we’re one at a time, we’re gonna disappear.” He started his shamanic jewellery line of gem-encrusted padlocks, porcelain doll pieces and more in 2006, selling handmade earrings on the streets of SoHo in New York, but has since relocated to Istanbul.

Black-owned business are also attracting funding. Jameel Mohammed founded his black diasporic luxury label Khiry in 2016 with $25,670 following a Kickstarter campaign. Last September, he received $100,000 of a $1m grant originally awarded to creative agency Harlem’s Fashion Row by an initiative called A Common Thread, led by fashion magazine Vogue and the Council of Fashion Designers of America. Then, in May, he received $50,000 directly from the CFDA/Vogue Fashion Fund.

Mohammed is spending the money on expanding his team, developing new product categories, such as homeware, and digital marketing.

Networking is now flourishing among black jewellers. Ifill is a member of the UK’s Black Jewellers Network, which was set up last year and is run by Gordon through social media. Besides meeting other members, jewellers can learn from talks about everything from lab-based diamonds to consumer habits. “From starting in evening classes I didn’t learn any of that,” Ifill says.

Castro belongs to an informal network of black jewellers, including Leles and Sheryl Jones, who came together after featuring in the media. “Being able to call one and ask a question . . . having that support group is big,” he says. “We follow each other and hopefully [will] meet each other one day.”

Ida Petersson, buying director at fashion retailer Browns in London, has been stocking the store with black jewellery brands such as Mateo New York and Laud since 2018, because they “bring something really unique and have a strong voice and all stand out individually”, she says. Mateo New York’s unusual gemstone necklaces with initials inside have put the brand among the store’s top 10 jewellery sellers.

Others have been widening their selections to include black jewellers. “There is more of a focus on brands that have something to say,” says Nashville-based stylist Tiffany Gifford, who originally wanted to use London-based Thelma West’s jewels to dress country singer Mickey Guyton for this year’s Grammy Awards. Logistical delays meant Gifford opted for Los Angeles-based Neil Lane jewellery, instead.

There have been new clients, and collaborators, too. VanLeles Diamonds is opening new ateliers in New York and Los Angeles this year, following a doubling in the number of its online clients from the US since last summer.

Even so, some question whether the enthusiasm for black-owned jewellery brands will last. Gordon points out that inclusivity does not affect a bottom line. Castro adds that “there is always a micro-group that changes or at least adjusts but, as a whole, it kinda goes back to what it does.”

More talent is set to emerge, though. Stephen Bottomley, head of Birmingham City University’s School of Jewellery, says most of the school’s black students take the practical higher national diploma so they are trained for future jobs. Similarly, at the Fashion Institute of Technology in New York, Kim Nelson, assistant chair of the jewellery design programme, sees the latest cohort of African-American students as much more entrepreneurial. 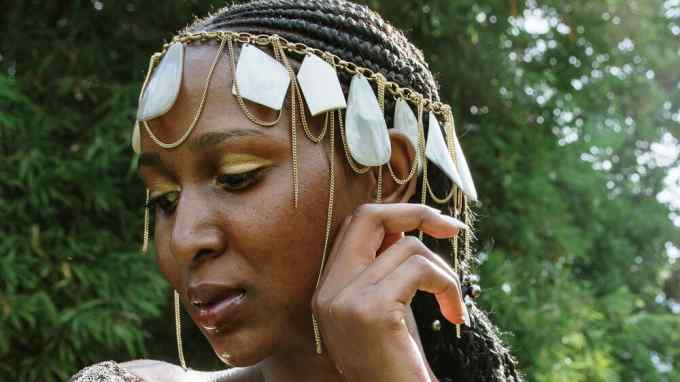