Chris Giles in London and Andy Bounds in Huddersfield

He promised “extra flexibility” on raising funds for adult social care via council taxes “which together with £300m of new grant funding gives them access to extra billions of pounds to fund social care”.

But while this suggested the chancellor was being generous with central government funds, in fact it was simply a suggestion to local authorities that they raise council tax rates much faster than inflation — something they have been doing since 2016.

This suggests Mr Sunak is imposing austerity by stealth. According to the independent Office for Budget Responsibility “replacing some grant funding for local authorities with increased local funding via council tax increases” will leave taxpayers paying an extra £1bn a year from 2021.

The onus on local authorities to fund more of their services from council tax revenues rather than central government grants will exacerbate a continuous squeeze on local budgets since 2010 that left councils shouldering a hefty chunk of the austerity that followed the financial crisis.

The Institute for Fiscal Studies calculates that councils received 77 per cent less in real central government grants per person in 2019-20 than a decade earlier. Social care bore much of the brunt.

From April, local authorities will be allowed to raise 2021-22 council tax bills by 5 per cent if the area has social care responsibilities, without having to hold a local referendum as required by the government since 2012 — although no council has ever held one. Of that increase, 3 percentage points would need to be reserved for funding adult social care — the so-called adult social care precept.

Mr Sunak is not the first chancellor to have sought to rein in central government expenditure by putting the onus on local authorities to increase council tax and take the blame for the hit to voters’ pockets.

Since council tax was introduced in 1993, the average annual increase of each tax band has been more than double the rate of inflation. This has left council tax bills increasing on average by 4.4 per cent a year, compared with an average annual CPI inflation rate of just under 2 per cent. This includes the period from 2011-12 when increases were frozen for two years then capped at 1 per cent for the following three.

Charges also differ according to the type of local authority. The average Band D council tax bill in inner London boroughs, including payments to the Greater London Authority, was £1,306 in 2020-21, while in other English metropolitan districts it was £1,809, and in Shire districts it was £1,895.

There are more properties in higher tax bands in London, so overall bills are similar across England, and there is now little link between council tax paid and the value of property because the tax bands are still based on 1991 property values.

Stuart Adam, senior economist at the IFS, in a recent research paper, described council tax as “out of date, regressive and distortionary”.

The levy was designed as a temporary fix after Margaret Thatcher’s controversial 1990 attempt to impose a poll tax in which each householder paid the same, whatever their wealth. 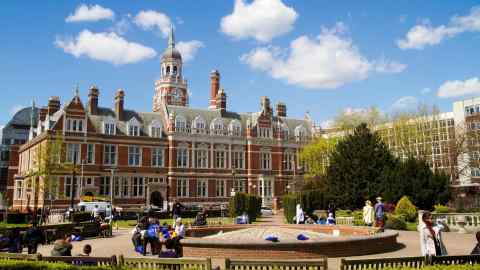 Thatcher’s successor, John Major, replaced the poll tax with council tax, promising to revalue homes every decade. But no government has carried out a revaluation, fearing the reaction if it resulted in dramatic tax rises.

“It is a political atomic bomb and no one wants to touch it,” said Victoria Honeyman, professor of politics at Leeds university, who added that replacing the levy with a local income tax or other measure could prove even more unpopular. “Council tax is the least worst option,” she said.

The Local Government Association, which represents local authorities, said council tax represented 45 per cent of members’ core spending in 2010-11 but by 2020-21 it had risen to 60 per cent.

“Council tax rises — particularly the adult social care precept — have never been the answer to the long-term pressures faced by councils. They raise different amounts of money in different parts of the country, unrelated to need, and add an extra financial burden on households,” the LGA said.

“Councils will still have to find savings to already stretched budgets in order to plug funding gaps and meet their legal duty to set a balanced budget in 2021/22. This means residents may see their council forced to increase bills next year . . . but still have to make cutbacks to local services, including social care.”