Amazon says it will stop police forces from using its controversial facial recognition software for a period of one year, in order to give Congress the time to enact legislation governing its use.

Concerns have been raised regarding the accuracy and consistency of Rekognition — part of Amazon’s cloud business offering — particularly when it comes to recognising people of colour.

The “one-year moratorium”, announced in a short blog post on Wednesday, is an about-face for the company on how it manages the ethical implications of its technology.

It previously maintained it was up to its clients to determine how to use the software responsibly, including how to set the system’s “confidence” parameters, which affect how often a likely match is generated.

“We’ve advocated that governments should put in place stronger regulations to govern the ethical use of facial recognition technology,” said Amazon.

It’s a recognition that more caution is needed, especially given the crisis of police brutality in the US

“We hope this one-year moratorium might give Congress enough time to implement appropriate rules, and we stand ready to help if requested.”

A ban on the use of facial recognition technology by federal law enforcement was introduced on Monday by House Democrats as part of its wide-ranging police reform bill.

Amazon said it would continue to allow the use of the software by organisations that deal with reuniting victims of human trafficking with their families.

Amazon has never disclosed how many police forces are using, or have used, Rekognition, which it launched in 2016 and marketed directly to law enforcement. The company said the ban would be extended to police forces worldwide.

Civil liberties groups, most notably the American Civil Liberties Union, have called for Rekognition’s use to be halted. In 2018, the organisation ran an experiment in which 28 members of Congress were incorrectly identified by Rekognition as having the faces of criminals, based on a database of police mugshots. The misidentification disproportionately affected politicians with darker skin.

Amazon disputed the methodology of the study, and subsequent ones like it, saying the confidence threshold was being set too low.

Regardless, concerns about the technology have been growing, including among politicians and Amazon’s shareholders.

Mary Beth Gallagher, executive director of Investor Advocates for Social Justice, which has co-ordinated shareholder proposals calling for greater transparency around the technology, gave a cautious welcome to the moratorium on police use.

“It’s not a long-term solution,” she said. “But it’s a recognition that more caution is needed, especially given the crisis of police brutality in the US.” 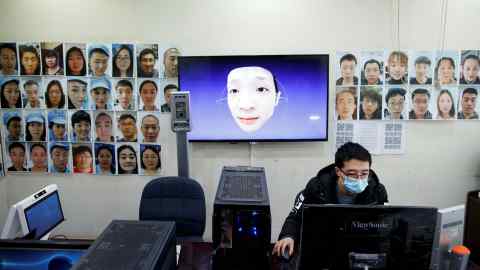 Amazon is among many companies pledging support to the black community in the wake of the killing of George Floyd by police. On Instagram, chief executive Jeff Bezos shared screenshots of racist and abusive emails he had received from customers unhappy at the company’s backing of the Black Lives Matter movement. On Twitter, the company said the “inequitable and brutal treatment” of black people in the US must stop.

On Monday, IBM chief executive Arvind Krishna wrote to members of Congress, stating that the company would be backing out of the facial recognition business.

“IBM firmly opposes and will not condone uses of any technology, including facial recognition technology offered by other vendors, for mass surveillance, racial profiling, violations of basic human rights and freedoms, or any purpose which is not consistent with our values and principles of trust and transparency,” the letter read.