When 31-year-old Brazilian entrepreneur Fernando Scodro set about persuading his parents to adopt impact investing as the primary strategy for their family office, he took a radical step. He gathered all the materials from a course he had taken on the subject — “Impact Investing for the Next Generation”, run jointly by Zurich and Harvard universities. Then, in what turned into a three-month endeavour, he translated them into Portuguese so he could teach the same course to his parents. “My family speak English, but it is not their native language,” says Scodro. “I figured that for me to get buy-in from my parents, I had to speak to them in a language they understood.”

A third-generation member of a business dynasty, Scodro left his job in finance in Hong Kong in 2013 to return home and manage the family’s wealth, acquired through the sale of Grupo Mabel, a baking and confectionery company, to PepsiCo for about $500m.

Winning the support of older generations for new approaches to wealth management is not always easy. But as younger family members take up the reins at family offices, many are asking one question: how can they put more of their family’s wealth to work for good?

There was a time when the answer might have been to write bigger philanthropic cheques. But for this generation, market-based tools such as ESG (environmental, social and governance) investing and impact investing are far more appealing. Whether funding a school for girls in rural India or a wind farm in Spain, these investments aim to produce both a financial return and a social or environmental impact.

“The model we had in the past was that you made your money, then spent the rest of your life giving it away. This next generation of entrepreneurs and impact investors believe that is an outdated model,” says Jean Case, chief executive of the Washington DC-based Case Foundation, which for more than a decade has run the Millennial Impact Project, a research programme.

Interest in impact investing is changing the way the next generation, or “next gen”, sees itself, says Rachel Gerrol, chief executive and co-founder of Nexus, an international network of more than 5,000 young investors, social entrepreneurs, philanthropists, mostly aged 20-40, that started life in 2011. In tracking how Nexus members describe themselves when registering for the network’s summits, Gerrol noticed something: “At least 50 per cent of the people who self-identified as philanthropists in 2011 are now self-identifying as impact investors.”

To help put their aspirations into practice, young wealthy individuals are joining forces. For example, WEcubed brings together three founding shareholding families — including Scodro’s — to advance their impact investment goals. In the US, a non-profit set up in 2013 called The ImPact — whose co-founders include Scodro, Case and Liesel Pritzker Simmons, a philanthropist — helps families make impact investments more effectively.

What is appealing about these networks is that they offer the chance to share knowledge and experience. “The next generation are interested in attending events where they get to learn from each other and find out how to do something big and bold,” says Abigail Noble, The ImPact’s chief executive.

Evidence of this generation’s appetite for social investment emerges in surveys. For example, 93 per cent of millennials believe social or environmental impact is important to investment decisions, according to US Trust, part of Bank of America Private Bank. In another report, US Trust found that 66 per cent of high net worth millennials work for or own a company that integrates ESG values into its products, services and policies, compared with 52 per cent of all high net worth individuals.

This is the case for 35-year-old Pritzker Simmons and her husband Ian Simmons. In 2012, they created Blue Haven Initiative, a family office based in Cambridge, Massachusetts, whose entire portfolio is invested in impact investments.

Pritzker Simmons, an heir to the wealth of the American Pritzker family (who built the Hyatt hotel chain), believes that because family offices are able to take a long-term approach to managing their assets, they have fewer constraints and can be more flexible in selecting investments. “That’s really well aligned for impact investing,” she says.

Several factors are behind the approach of Scodro, Pritzker Simmons and others like them. One is the sense of responsibility that often accompanies the acquisition of wealth. However, as problems such climate change and inequality gain more attention, this generation is also keenly aware that it is heir to a lot more than money. “They’re inheriting all the issues that exist in the world,” says Farrar-Rivas. “So they want to look for solutions and participate in those solutions.”

In doing so, many see their family’s wealth as a powerful tool. In the US, for example, 58 per cent of those under the age of 30 believe their wealth will enable them to help their communities (for those between the ages of 30 and 40, the figure is 38 per cent), according to a report by investment advisers Wilmington Trust.

John Canady, chief executive of National Philanthropic Trust UK, says that, for a digitally connected generation, this is a global phenomenon. “Many of the next generation were educated together,” he says. “So they view the world more similarly than previous generations perhaps did.” 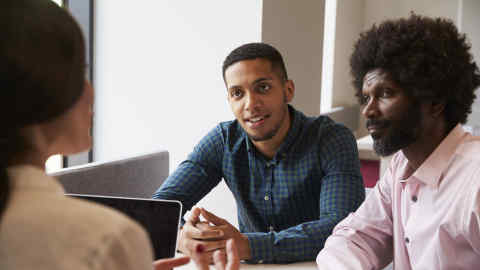 Next-gen investors also talk more about money than their parents. In research by JPMorgan Private Bank, 51 per cent of 21 to 35-year-olds said they had spent more than four hours in the past week talking about money, compared with 29 per cent of those over 50.

In the past, those conversations might have been conducted in private. But keeping quiet does not always come naturally to a generation that has grown up with social media. Today’s young wealthy individuals are prepared to be far more vocal than their parents about the purpose of the family’s money.

“There’s often been quite a bit of privacy or opacity around how families do business and invest,” says Pritzker Simmons. “This generation is being out front and centre about how they’re making their investments.”

Generational power shifts can be fraught. Wealth-holders often find it hard to step away from control

The energy with which wealthy young people are embracing social impact runs counter to some stereotypes. “The next generation has been traditionally written off as overindulged and entitled,” says Catherine Grum, KPMG’s head of family office services in the UK. “But those I work with are impassioned and driven, and they have a social responsibility compass.”

The challenge, however, can be instilling the same passion in older members of the family, particularly when those members have until recently been the driving force behind decisions. “Generational power shifts can be fraught,” says Sarah Cormack, a partner at UK law firm Mills & Reeve. “Wealth-holders often find it difficult to step away from a position of control.”

Another of the hurdles is the view that moving family assets into impact means accepting a lower return on investment. This is a perception that Case is determined to shift, and the Case Foundation works to publish data supporting this. “One of the great myths is that impact investing is concessionary,” says Case. “It is not necessarily concessionary, and in some cases there is outperformance where impact is there from the start.”

Pritzker Simmons says that when her peers encounter resistance to impact investing from older relatives it is often simply resistance to change. “Sometimes it is just that it is new and feels different,” she says. “And when you have young, relatively inexperienced members of the family trying to dictate the investment strategy, usually the older generation feel they don’t have the credibility.” 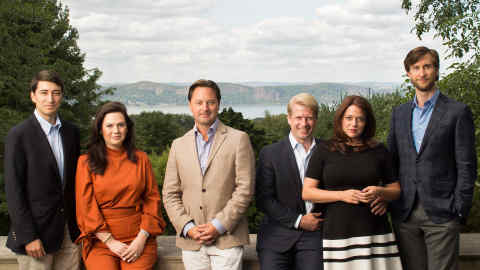 In such cases, younger family members need a plan. First, this requires changing how they communicate with their elders, presenting impact investing as simply a new way of doing what the family has always done. “The younger generation want to do impact investing because their parents raised them right — because of the family values,” says Pritzker Simmons.

Another way a family office can dip its toe into impact investing is through its philanthropic assets. This was the approach taken by 29-year-old Steph Stephenson, whose father Ron Cordes established their family foundation in Bethesda, Maryland, in 2006 with funds from the sale of his investment management firm for $230m.

Cordes and his wife Marty were early impact investors, devoting about 40 per cent of the foundation’s resources to investments in companies supporting women’s economic empowerment. However, when Stephenson and her husband Eric, whom she married this February, started working at the foundation, they pushed the family to increase this to 100 per cent, a target they had met by 2017.

The foundation’s impact investments have consistently beaten the target of an annual 8 per cent return, and the aim now is to move the family office investments in this direction, too. “If we believe in this and our investments are working, why wouldn’t all our investments be for impact?” asks Stephenson.

But while it is one thing to have this as a goal, it is another to start rebuilding the family office portfolio with assets that have a social and environmental impact.

For Scodro, having secured the family’s approval for his approach, the next step was to put every asset in the family office portfolio under the spotlight. “I had to look at the family portfolio and try to find an ESG alignment with what we as a family believe,” he explains.

For Stephenson, shifting all the assets of the foundation — which had been mostly direct stakes in companies — to impact investments meant entering the public markets through funds that, for example, screened companies for gender equality or ethical practices.

This kind of work is, however, time-consuming and requires a degree of expertise. Case believes budding impact investors need more advice and access to the kinds of assets that meet impact or ESG criteria. “We need more deal flow, we need the ecosystem to fill out with more analysts, we need consistent measurements and definitions,” she says. “There’s still a lot we need.”

Noble at The ImPact agrees. “Wealth advisers are not on that learning curve and are either unfamiliar with impact investing or unfamiliar with the opportunities out there,” she says. “So the product gap and knowledge gap are preventing more capital from being deployed.”

This is true for example in Brazil, where Scodro says the impact investment advisory profession is “non-existent”. Because of this, he and his partners are developing an advisory for young investors at WEcubed tailored to those with purpose-driven goals.

The emergence of more of these kinds of advisory services could, if next-gen expressions of interest in impact investing are anything to go by, prompt a significant shift in the types of financial assets in family office portfolios.

This is good news for those looking for solutions to big global problems. Given the vast sums of money involved in the impending transfer of wealth — US millennials alone are estimated to be in line to inherit more than $30tn in the next 30 years — this could unleash a new wave of funding for social and environmental causes. “The impact of the next generation on how capital is used will be dramatic,” says Case.