Economics may take us to net zero all on its own 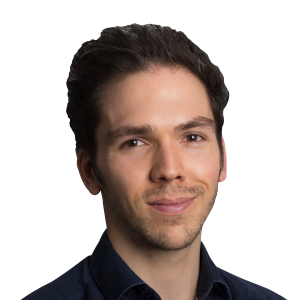 Speaking at the COP26 summit last year, Richa Sharma, leader of the Indian delegation, was quick to emphasise that India had a right to burn fossil fuels, telling delegates: “The meagre carbon budget is first and foremost the right and entitlement of developing countries.”

This emphasis on allocating the bulk of remaining “carbon space” to countries that have not yet reaped the benefits of years of fossil-fuelled economic growth is central to the climate justice movement. But all such good intentions are rapidly being overtaken by simple economics.

In 2009, coal was still an attractive option for countries looking for affordable energy, its average costs coming in well below renewables. But by 2020, both wind and solar had become far cheaper per unit of energy. In some markets, capital-intensive new installations even worked out cheaper than existing coal plants.

In response, India’s appetite for coal has quickly waned. In 2019, the International Energy Agency forecast that the country’s installed capacity of coal would grow by around 80 per cent between 2018 and 2040. A year later, they revised that to just 10 per cent.

Similar patterns have played out elsewhere. For the best part of the past 200 years, one rule held across the world: if a country’s economic activity expanded, so did its carbon emissions. But starting in the 1980s with the advent of nuclear power, it became increasingly common to see countries cutting emissions while growing GDP. The pace of this decoupling has now accelerated as the shift from carbon-intensive manufacturing to services and from dirtier to relatively cleaner fossil fuels has been supercharged by proliferating cheap renewables.

In 2016, 70 countries — more than one in three worldwide — had a run of at least five years in which carbon emissions declined while GDP grew. Green growth is already here.

Even putting aside the climate justice argument, there has long been an assumption that developing countries would have to go through dirty growth. But here again the data paint a promising picture. While developing countries do follow an environmental Kuznets curve, where the carbon-intensity of GDP increases before falling away again, each successive cohort traces a cleaner path than the last.

At the dirtiest point on their energy transition, countries industrialising back in the 19th century had to emit roughly 1kg of CO₂ for every dollar of GDP they produced in today’s money. The next generation, who industrialised around 50 years later, achieved the same level of development but only had to burn 0.65kg per dollar along the way. The third, China’s cohort, topped out at 0.5kg, and the final group — primarily countries in Africa and south Asia — are already moving to the downward, greener slope of the transition, having peaked at just 0.3kg per dollar.

None of this is mission accomplished — the world remains a long way from net zero. But we should welcome the fact that investment, innovation and market forces are driving green growth and falling emissions.

Tackling climate change is a case of all hands on deck / From Sarang Shidore, Director of Studies and Senior Research Fellow, Quincy Institute for Responsible Statecraft, Washington, DC, US