May 8, 2017
Jump to comments section Print this page

When a knee injury forced Lashinda Demus to withdraw from contention for the US team at the Rio Olympics, the former world champion hurdler, who had hoped to better her silver in the 400m event at the 2012 London games, was devastated. “The athlete over these four years hasn’t come close to the athlete that I knew myself to be,” she wrote on her blog last June.

Injury struck again this year when Demus tore two ligaments in an ankle, putting her out of international competition. But this time the 34-year-old had a back-up plan to ease the pain: going to business school to learn how to start her own company.

Demus had been invited to enrol on a two-and-a-half week course, called Next Step: Transition to Business, created by Dartmouth College’s Tuck School of Business in New Hampshire specifically for former Team USA Olympians and military veterans.

“It was perfect timing,” says Demus, who had already started to prepare for the end of her 15-year career in international athletics by studying for the GMAT entry exam required by most top MBA programmes. She is now preparing to launch a fitness app.

Top-level athletes are in the spotlight at events such as the Olympics, but what they do when they retire attracts less attention. Actively marketing courses to elite athletes was a departure for Tuck, too.

The idea that came to course organiser Punam Keller on Veterans Day, the November holiday to honour US service people, was to create an executive education programme to help ex-military personnel find a new career.

It seemed obvious, she says, because ex-military personnel were a known group in need of preparation for the world of work and the US government would fund formal training for them for civilian life. A clause in the rules governing this taxpayer support, however, meant that no course could gain 100 per cent of its revenue from veterans. Keller was forced to find other potential recruits facing similar challenges. At the time, elite athletes were in the news in the build-up to the 2016 Rio games. 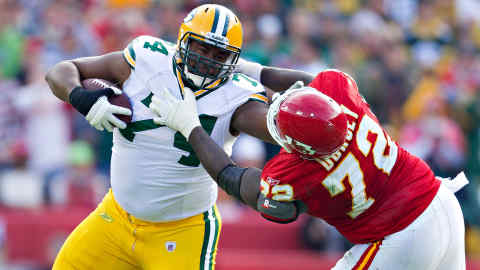 “The more I looked into educational opportunities available to elite athletes, discovering that the US really falls behind in this area, the more I realised how much they had in common with people in the armed forces,” she says.

The pairing of soldiers and sportspeople proved a good fit when students arrived for the 18 days of teaching in March, she adds, noting that the two groups would often get together on the sports field after lessons.

A typical day on the Next Step programme starts at 7.30 with breakfast, followed by two hour-long strategy courses, an entrepreneurship class and a lesson on marketing before one-on-one coaching and tuition on CV writing. The evening is spent preparing for the next day’s case work and assignments. A group dinner provides time to relax and usually includes a talk by a guest speaker from participating companies, including Visa, the National Football League and Dell.

One of the athletes on the programme was Julien Bahain, a rower who won a bronze medal at the 2008 Beijing Olympics, competing for France in the men’s quadruple sculls; he rowed for Canada in Rio in 2016 but went home empty-handed. Bahain found he bonded with fellow students who had spent part of their working life in war zones. “We share a passion for teamwork, resilience, work ethic and the capacity to learn and to adapt,” he says.

Bahain says it helped to be learning alongside people who shared his values but came from a profession other than sport. “We fed each other with stories, experiences and the simple feeling that I am not alone out there with my transition problems,” he says.

Bahain had secured a job before starting at Tuck, in project and business management at Partnerships BC, a business wholly owned by British Columbia’s finance ministry that advises the Canadian province’s government on public-private sector partnerships. However, he believes he picked up skills in analytics and problem solving that could help him take a different career path, such as consulting or entrepreneurship.

“I am still figuring out what I want to do longer term,” he says. “My goal now is to get out there, start at the bottom of the ladder, learn as much as I can and be successful.”

Another factor that unites ex-service personnel and elite athletes is money — or rather the lack of it. Keller had been aware of the paucity of resources available to military personnel when she was first planning the course, but she was surprised to find it was also the case for many Olympians. When she asked the US Olympic Committee about the affordability of the course, she was told that many athletes would struggle to find the money.

Fortunately, two former Tuck students, who were both military veterans and sports enthusiasts, answered an appeal for support from the school’s alumni association, providing a donation that enabled Tuck to slash the cost of the Next Step programme from $10,000 to $500 per participant.

Money is not the only constraint on athletes hoping to go to business school. Many feel they cannot spare the time to attend a programme when they are in the midst of training. The 18-day course was, therefore, an appealing compromise for many of those taking part, like the rower Robin Prendes.

Prendes twice competed as part of Team USA at the Olympics in the lightweight coxless fours but was beaten at the semi-final stage on both occasions. “I don’t think I was ever convinced I could make it as a rower,” he admits. “But when I was younger I never had my sights set further than a year or two ahead.”

Prendes is now 28, the typical age for an MBA student. But he is keen not to waste time when starting his business career. “I had always wanted to continue my education, but sometimes when you are training and competing, that is not ideal,” he says. “I liked the idea that Tuck could compress down some of the course work of an MBA into a few days.”

What Prendes feels he did learn from the Olympics was the need to work with others to win races. It is something he also found being taught at Tuck, which makes him confident he will be well prepared for the cut and thrust of the business environment.

“A lot of people are competitive, but sport made me part of a team,” he says.