Nigeria is plotting an ambitious plan to expand broadband across the west African nation by 2025, part of its goal of lifting 100m citizens out of poverty in a decade.

The aim is to provide 90 per cent of Nigeria’s population with speeds of at least 25 Mbps in urban areas, and 10 Mbps in rural areas within five years at a maximum price of 390 naira (about $1) per 1 gigabit of data, equivalent to 1 per cent of the monthly minimum wage. There is also a plan to rapidly expand 4G coverage across the country.

The need is great in a country where broadband penetration runs at less than 40 per cent but where demands for fintech and ecommerce are rising. It represents a huge opportunity for the telecoms sector. With a population of 207m, half of whom are under 25, Africa’s biggest economy looks ripe for digitisation.

The country’s national broadband plan has been welcomed by the telecoms industry as a positive step towards delivering on the promise that drew investors to the region in the first place.

“Our vision is that we should bridge the digital divide with the west,” said Raghu Mandava, chief executive of telecoms company Airtel Africa, the London-listed subsidiary of India’s Bharti Airtel that counts Nigeria as one of its most important markets.

Fola Odufuwa, managing director at New Frontier Capital Advisors, pointed to a youthful population and African data and digitisation trends, including the rise of fintech, as positives. “Broadly speaking, Nigeria is at the top of the pile in terms of the development of the telecoms industry with scale, profitability, growth and regulatory stability,” he said.

Nigeria’s telecoms industry traces its roots to the Cable & Wireless network of submarine cables and exchanges established in the 1880s to connect Britain to its empire. That changed in the 1960s when many newly independent countries moved to operate their own communications networks.

Nigeria has used telecoms to create windfalls. Balloons of money. It has been like a drug

Nigeria built thousands of telephone lines to link its main population centres, and national monopoly provider Nitel was established in the 1980s. As has been the case across Africa, the rise of mobile phone communications since 2000 has led to a boom in competing services as foreign investors looked for opportunities to tap into the populous region.

Yet the country has proved to be a tough market for many companies. An economic downturn, a plunge in the oil price and unprecedented levels of debt in the telecoms sector meant there was negligible network investment between 2015 and 2018.

In 2015 MTN, the South African telecoms company that once called its Nigerian unit its crown jewel, was fined $5.2bn — later reduced to $1.7bn — for failing to switch off unregistered users.

Then Etisalat, owner of the country’s fourth-largest mobile network, walked away from the market in 2017. The company’s local subsidiary, since rebranded as 9mobile, was only saved by central bank intervention.

The opportunities are huge but it is not for the fainthearted and timid. It is for the battle ready

Against this backdrop, some investors have been cautious on Nigeria. One international investor said the country had clawed too much money out of the industry from spectrum sales and taxes when it should have focused on fostering investment. “Nigeria has used telecoms to create windfalls. Balloons of money. It has been like a drug,” he said.

Civil unrest in recent months could also prove a deterrent to investors.

Others believe, however, that the national broadband plan is a sign of a rosier outlook for the sector.

Mr Mandava said the government needed to reduce bureaucracy and simplify charges across the country’s regions if it was to speed up the rollout of fibre and new mobile towers, as other African countries had done. 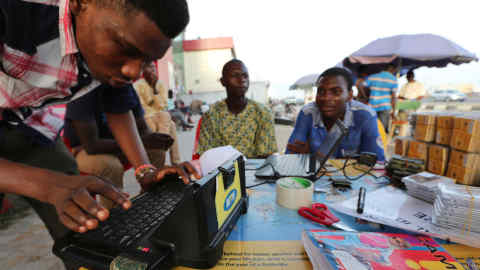 He said Airtel and MTN were waiting for the government to issue them with mobile money licences so they could offer payment services that would boost financial inclusion in the country. “I did not expect it to take so long,” he says, pointing to the fact that smaller telecoms companies had been given licences.

Mr Odufuwa said foreign investors should work closely with local groups to “make hay” as Nigeria’s digital push gathered pace. Facebook this year opened an office in Lagos, which he said was a sign that the technology sector was growing in stature.

“The opportunities are huge but it is not for the fainthearted and timid. It is for the battle ready,” he says.

Get alerts on Nigeria when a new story is published 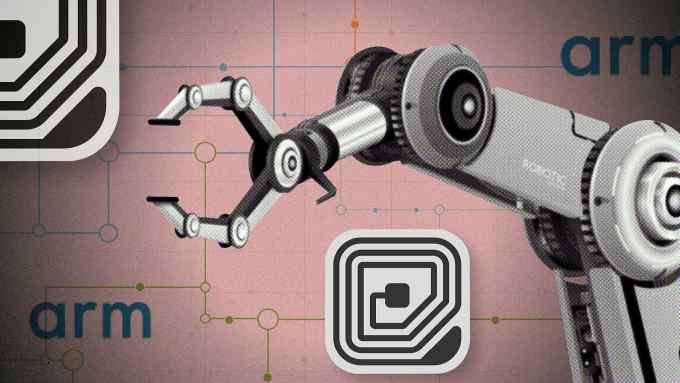