Capitalism rewired: why we must rethink how performance is measured

We’ll send you a myFT Daily Digest email rounding up the latest Capitalism news every morning.

Back in June 2000, a group of economics students from the Sorbonne marched down the streets of Paris under a banner that read “We wish to escape from imaginary worlds”. The classes, they explained, were fixated on mathematical models and dismissed critical real world issues — like inequality or the cost of environmental pollution — as “externalities” that were irrelevant to the national or corporate balance sheet.

Twenty years later, the real world seems to be getting its revenge. The accelerating climate change crisis and rage at inequality aren’t just showing up in the balance sheet — they’re starting to threaten the legitimacy of shareholder capitalism. “Many realise this form of capitalism is no longer sustainable,” Klaus Schwab told this year’s World Economic Forum. “The defining question of our era,” added Schwab, WEF’s founder, “is what comes next.”

For Extinction Rebellion activists, the answer is clear: rip it up. It is time for a post-capitalist economy. Head to Silicon Valley and another response is emerging. Want food to feed the 9bn global population we are heading for? Want technology that sucks out surplus gigatonnes of carbon from the atmosphere? Capitalism, they argue, is the only mechanism that can unlock the ingenuity we need to respond at speed and scale. The answer isn’t to ditch capitalism — it’s to turbocharge it with the tools of the fourth industrial revolution that digitise, dematerialise and decarbonise.

So is shareholder capitalism the problem or the solution? Does business need to ditch it or double down?

The Paris protest never went viral, with fewer than 1,000 people signing up to the online petition. But the Sorbonne students’ critique of the economics textbooks may be critical to the future of capitalism. What matters is what gets valued.

Technology is not the answer to everything but simply the amplifier of intent. The critical question is whether the organising principle of the fourth industrial revolution is going to shift from short-term profit maximisation to an economic model that operates, as German economist EF Schumacher put it, “as if people and planet mattered”? Without that shift in intent, capitalism is like a car with the wrong destination in the satnav, programmed to take us over the cliff — the more powerful the technology, the greater the speed at impact.

What is emerging is a set of substitute regulators

Is there any real hope of those values being reflected in the market? If governments can’t price externalities into their budgets, the prospects might look bleak. But weak signals are emerging of an innovation — social not technological — that could rewire the market.

In January, BlackRock chief executive Larry Fink galvanised the impact-investing community by committing to divest its $7tn of assets from coal. Some 36 per cent of global insurers now refuse insurance to the coal sector. What has changed? Confronted with the failure of both market mechanisms and government regulation to deal with the problems confronting us, a new set of economic agents are starting to identify and put pressure on the sensitive points that mobilise corporations to intervene and to align their performance.

And it is a network that has started to broaden in range and leverage, from the Bank of England mandating disclosure of climate risk in the financial sector, to employee activists staging mass staff walkouts at Google and Amazon; from “toxic companies” blacklisted from university campus recruiting rounds, to retail consumers using apps to rate product performance on the shelf.

What is emerging is a set of substitute regulators that are starting to rewire risk and reward, factoring environmental and social costs back into the balance sheets of companies. It is early days, but there is a glimmer of hope for a model of capitalism where the next endangered species becomes the externality, where capital starts to flow at scale into the estimated $26tn opportunity for sustainable investments, and where it is neither the imaginary nor the real world that any of us needs to escape from.

Leo Johnson is head of PwC’s disruption practice and co-presenter of BBC Radio 4 series FutureProofing, exploring the effects of exponential technologies on business and society

Get alerts on Capitalism when a new story is published 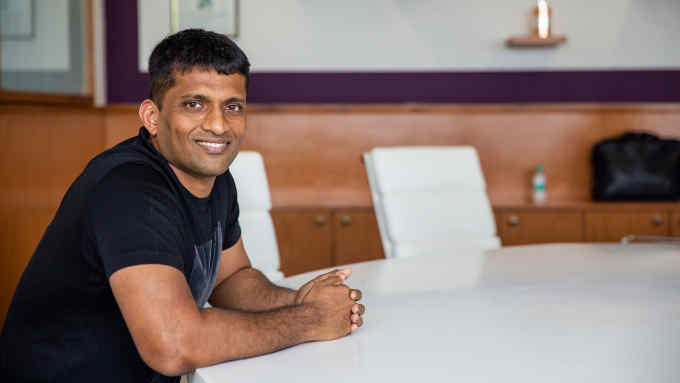