Tighter rules on foreign investment have China in their sights

The word “China” only appears once in a 120-page policy document released by the UK on Tuesday and which is aimed at enhancing the government’s powers to prevent foreign purchases of security-sensitive British assets.

The mention in the government’s national security and investment white paper highlights China’s appeal as one of the world’s most attractive inward investment destinations.

But several UK officials confirmed that proposals to increase the government’s ability to block or amend foreign acquisitions of British assets that raise national security concerns were largely focused on Beijing, which in recent years has ramped up its overseas dealmaking by snapping up everything from sensitive technologies to energy grids.

“This is mainly about China, but a fair few other countries including Russia as well,” said one government figure. “There’s no particular panic but there have been one or two cases where Chinese companies have been able to buy assets in a way that gets around the [existing UK scrutiny arrangements].”

By sharpening the government’s toolkit to challenge foreign investment in the country, Britain is following in the footsteps of the US, Germany and France, which have also introduced measures in response to increased Chinese dealmaking.

China has long regarded the UK as “the most open country in the EU”, said Cui Hongjian, a Europe expert at the Institute of International Studies in Beijing. “I hope the UK adheres to its principles and does not follow in the footsteps of Donald Trump,” he added.

A spokesman for China’s foreign ministry urged the UK to “send positive messages and oppose protectionism and unilateralism”.

But ministers have reached the conclusion that the centrepiece of British competition law — the 2002 enterprise act — is no longer fit for purpose. It has various loopholes that allow foreign companies to buy sensitive UK assets without government scrutiny, they found.

Currently, UK authorities can only intervene under the legislation — outside of competition concerns — if a deal has implications for national security, media plurality or financial security.

The new regime outlined in the white paper would sweep away the current thresholds under which national security concerns can be cited as grounds for government intervention on a deal: if the transaction creates a group with a 25 per cent market share or one with turnover of more than £70m.

Now, there will be no thresholds of any kind for executives selling UK assets to have to notify the government if the deal raises potential national security concerns.

Most radically, that applies to deals that do not involve takeovers, but rather are confined to acquisitions of assets, intellectual property or large shareholdings.

The UK faces continued and broad-ranging hostile activity, including through the exploitation of acquisition of control or influence over UK entities or assets

Ministers were last year frustrated by their inability under the existing regime to call in the takeover of Imagination Technologies, a UK chipmaker, by Canyon Bridge, because the acquirer is based in California. Canyon Bridge is backed by Chinese state-owned fund Yitai Capital.

The deal was struck weeks after the Trump administration blocked Canyon Bridge from buying US chipmaker Lattice Semiconductor.

As of last year, the UK had the third highest cumulative level of inward investment in the world at $1.6tn — behind the US at $7.8tn and China at $3.5tn.

The British government on Tuesday insisted the country was still “open for business” but said the proposed new measures were necessary to maintain national security.

“The UK faces continued and broad-ranging hostile activity, including through the exploitation of acquisition of control or influence over UK entities or assets,” it added.

One ally of business secretary Greg Clark said the new regime was “not particularly country-orientated” and could apply to myriad foreign powers.

But if used by the UK to routinely block Chinese investments in technology, infrastructure and other sensitive industries, the revamped arrangements would represent a significant setback for Beijing.

Britain was one of the most welcoming jurisdictions for Chinese investment under former prime minister David Cameron, with his then chancellor George Osborne being an enthusiastic cheerleader for closer Sino-British ties.

However, attitudes changed when Theresa May became prime minister in 2016, reflecting how she stood for the Conservative party leadership promising a more restrictive approach to foreign takeovers.

That rapidly morphed into more specific concerns about deals that could compromise national security, symbolised by her early decision to call in the planned purchase of a stake in Hinkley Point nuclear power station in south-west England by state-controlled China General Nuclear.

Although Mrs May subsequently approved that deal, she launched a review which led to the proposed changes unveiled in the white paper. The new regime will be enforced with tough new sanctions, including prison sentences of up to five years.

In the past 18 months there have only been two interventions on foreign acquisitions of UK assets by the British government on national security grounds, both involving deals by China-based companies.

Officials expect the new regime to generate as many as 50 interventions a year, although most of these are likely to lead to conditions being imposed on transactions rather than the deals being blocked. 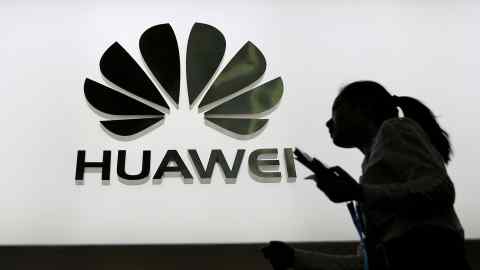 The planned reform also addresses a UK desire to keep in line with other western powers. US lawmakers are set to pass legislation backed by the Trump administration that would give greater powers to the Committee on Foreign Investment in the US, the agency that reviews inward investment for national security threats.

The German government last year tightened its laws relating to inward investment, enhancing ministers’ powers to block foreign acquisitions of 25 per cent or more of shares in German companies operating in “critical infrastructure”. The move was made in response to concerns that China was deliberately targeting Germany’s most advanced technologies.

Germany has also teamed up with France on a joint initiative to introduce more rigorous screening of foreign takeovers of EU companies, especially those with suspected state backing. French president Emmanuel Macron has pushed for the EU to introduce a screening system.