The organisers of the annual Shanghai Fashion Week, China’s leading couture show, had every excuse to cancel in the face of the coronavirus pandemic.

Instead, they hastily restaged the March event as digital-only, livestreaming 150 catwalk parades in what they called “the world’s first fully digital fashion showcase”.

For the organisers, it was all about crisis response. But the show could become a harbinger of how Asians react to a longer-term challenge — developing sustainable business models in the face of climate change.

For many Chinese, the pandemic has demonstrated a connection between business activity and the environment. They have seen that, as well as death, illness and economic disruption, Covid-19 has brought environmental benefits, with the industrial shutdown cutting air pollution and greenhouse gas emissions.

While it is too early to say whether Beijing will now make its policies more sustainable, the crisis is prompting debate. Junyan Liu, an environmental campaigner at Greenpeace who is based in Beijing, says that experts are linking the epidemic to “an imbalance in the relationship between humans and nature”. Finance professionals, in particular, are concerned about “these risks”, she says.

Public attitudes are changing because climate change has come with floods, typhoons and heatwaves. People feel it is not just in the textbooks any more.

China, like many other Asian states, has long put economic growth above sustainability goals. Asian companies prioritised expansion above improving their environmental, social and governance (ESG) record. Workers in the region generally focused more on pay packets than the quality of the surrounding land, water and air.

But this is changing. A global push for reducing dependence on fossil fuels has combined with growing local concerns about pollution as well as climate change to shift Asian policymaking.

While no single damaging rainstorm can be linked to climate change, a recent surge in extreme weather has made people think hard. Kimiko Hirata, director of Kiko Network, a Japanese environmental campaign group, says: “Public attitudes are changing because climate change has come with floods, typhoons and heatwaves. People feel it is not just in the textbooks any more.”

Alongside environmental fears have grown worries about the damaging social impact of business and about corporate governance. The drivers have often been global — such as the increasing clout of NGO lobbying, the internationalisation of activists’ networks, and the expansion of ESG policies at multilateral organisations including the Manila-based Asian Development Bank.

But local pressures also matter. These range from longstanding campaigns in India for protection for labourers, and calls in the Philippines for the safeguarding of Filipino migrant, workers to debates in Australia about how ESG rules should be applied to the country’s natural resources industry.

Asia is not short of high-level pledges — governments declare support for UN initiatives while regulators, notably in Tokyo, Hong Kong and Singapore, are integrating ESG into their supervisory work. Some companies are also leading campaigns for raising standards, as the Japan Climate Leaders Partnership, which includes groups such as Sony, Fujitsu and Ricoh.

Nonetheless, Asia lags behind Europe and North America in following ESG standards. According to a 2018 report from the Global Sustainable Investment Alliance, an industry network, just 18 per cent of investment portfolios in Japan applied ESG criteria, compared with 26 per cent in the US and 49 per cent in Europe. But on a bright note for the wider Asia-Pacific region, Australia and New Zealand scored 63 per cent.

It’s one thing for pension funds to say ‘I will take lower returns in return for social goals’, but the average Joe doesn’t think like that.

The region is diverse, with democratic and authoritarian governments, and varied labour laws, environmental rules and differing levels of court independence. In Japan, companies listed on the stock market dominate, while in China state-owned enterprises are still significant. In south east Asia, family-owned groups often rule the corporate roost.

On top of a “massive range of views on ESG” across Asia, Jason Ekberg, a Shanghai-based senior partner at Oliver Wyman, the business consultancy, argues that there is also a gap between top-level commitments to ESG and the views of the general public, including retail investors. “It’s one thing for pension funds to say ‘I will take lower returns in return for social goals’,” he says. “But the average Joe doesn’t think like that. He would always prefer to have 50 basis points in his pocket. There is still a large portion of the community here which is not middle class. If they are asked ‘Do you want clean heating?’, they say ‘I just want heating’.”

But the overall progress on ESG in Asia is clear. The CFA Institute, which represents chartered financial analysts worldwide, says in a 2019 report: “Asian countries are thinking more about the long term and not just about putting food on the table today.” 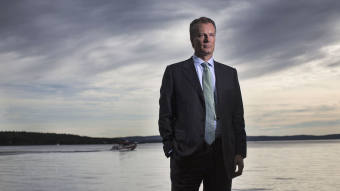