How can campaigners and companies stem a rising tide of scams targeting the elderly?

Jackie, a retired marketing manager, lost £10,000 to fraudsters who hacked her email account and pretended to be her. The first she knew about the scam was when she received a letter from the provider of her investment bond, confirming £10,000 had been cashed in. But she had not made a withdrawal.

She immediately phoned her financial adviser, who said he had processed the transaction after arranging it with her by email. It was then she realised her email had been hacked and that the bank account details to which the money had been transferred were not hers.

Despite her reporting the crime to the police, the money could not be traced because the criminals used money mules — who allow their bank accounts to be used for transfers — and Jackie, who did not want to give her full name, was never reimbursed.

Her case is typical of the types of scams used by fraudsters to prey on older people around the globe, as dementia, social isolation or cognitive decline result in elderly individuals becoming increasingly vulnerable.

Cyber crime and fraudulent telephone calls or visitors — especially targeting older people — are now commonplace, while romance scams are on the rise because due to the popularity of internet dating.

Financial fraud is a global problem. The number of older people in the United States targeted by financial scams quadrupled from 2013 to 2017, according to the latest figures from the Consumer Financial Protection Bureau (CFPB). Since 2013, financial institutions have reported to the federal government more than 180,000 cases of suspicious activity targeting older adults, involving a total of more than $6bn.

“Elder financial exploitation is widespread and damaging,” the report concluded, while adding that the figures “represent just a tiny fraction of this pervasive problem”.

Americans between the ages of 70 and 79 took the biggest hit from fraudsters, it said, with an average loss of more than $45,000. The average loss rose to $50,000 when the theft was committed by someone they knew.

The large majority of fraud cases go unreported. According to the June 2018 Elder Financial Exploitation prepared by the US Securities and Exchange Commission, for every reported case of financial exploitation of the elderly, 44 went unreported

Age UK analysis of the Crime Survey for England and Wales for 2017-18 found that an older person becomes a victim of fraud every 40 seconds. The charity found that almost one in 12 respondents aged 65 and older reported being the victim of fraud in the past year — equivalent to more than 800,000 people.

Last month, Charles Randell, chair of the UK’s Financial Conduct Authority, said that financial crime, specifically fraud against individuals, has “reached epidemic proportions”. In the first six months of this year, across all categories of financial fraud, a total of £207.5m was stolen from almost 60,000 people, according to UK Finance, an industry body.

Ordinary people who have done everything reasonably possible to protect themselves can suffer catastrophic, life-changing losses

Financial losses are common, but being scammed can also seriously affect a person’s quality of life and wellbeing, says Caroline Abrahams, director of Age UK. “Ordinary people who have done everything reasonably possible to protect themselves can suffer catastrophic, life-changing losses, destroying not just their finances but their physical, mental and emotional health and wellbeing too”, she says.

Many people experience a deep sense of shame, embarrassment, anxiety and loss of independence following a scam, she adds. Some older people lose their life savings, decimating their retirement income, while those defrauded in their own homes are also more likely either to die or go into residential care within a year.

So how can people avoid being scammed? Andrew Hagger, personal finance expert and founder of consumer website MoneyComms, says: “Unfortunately the number and complexity of scams that we are seeing these days has made us far less trusting — and when financial fraud is involved that’s not a bad thing — the ‘don’t trust a stranger’ approach could save you from being fleeced.”

Mr Hagger points out that it is highly unlikely that your bank, building society or investment provider will ever telephone out of the blue, so this should immediately put you on your guard.

“If in doubt always speak to another member of your family before taking any action — if your provider really wants to contact you, they’ll put it in writing if it’s important,” he says. “If you do phone back, always get the number from your own documentation — never use a number given to you over the phone as it could be part of the scam.”

He recommends having a sticker or note permanently next to your telephone in big red letters saying: “Never give your bank details, PIN or financial details over the phone.”

Micah Willbrand, director of fraud and identity products at credit reference agency Experian, says that as fraudsters become more sophisticated and adept at exploiting the personal information of others, it is crucial for individuals to take responsibility and protect their data in a sensible and proactive way.

“Creating secure passwords, being suspicious of unexpected phone calls . . . and being sceptical of emails asking for some personal details can all help prevent you becoming a victim of fraud,” says Mr Willbrand.

Experian has developed machine-learning technology to help identify applications by fraudsters for new accounts and credit cards, which are then flagged to lenders’ fraud teams for closer inspection.

Globally, Experian says this process is reducing instances of genuine customers being flagged as fraudulent by more than 50 per cent, while increasing fraud detection by 75 per cent and reducing missed fraud by up to 80 per cent. Across the world, each year Experian says it saves individuals and businesses nearly £4bn — stopping fraud before it is committed.

Get alerts on Financial fraud when a new story is published 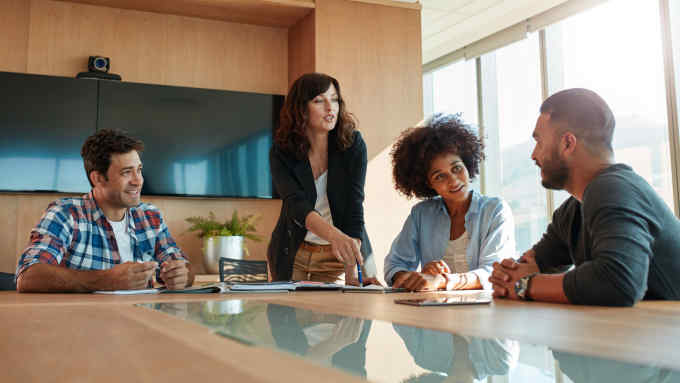