Sweden has long punched above its weight in terms of fast-growing start-ups, being home to such trailblazers as Spotify, Klarna, Skype and iZettle. Many of its rapidly expanding companies say a trickle-down effect has created a strong ecosystem for fledgling businesses.

And this is reflected in the latest annual FT-Statista list of Europe’s fastest-growing companies, which ranks businesses by their 2016-19 compound annual growth rate. It shows that Stockholm, the Swedish capital, has for the first time made it into the top 10 cities by number of companies on the ranking — with 13.

Entrepreneurs working in Stockholm say they have felt a change. Anna Baeck, chief executive of digital mailbox Kivra (ranked 100th), returned to the city a few years ago after living and working in China, and noticed a new buzz in the city.

“The last time I came back, it was just amazing to see what’s happening in Stockholm,” she says. “It’s Klarna, it’s Spotify, but it’s 10 other big companies. They feed each other. There’s so much capital now thanks to people with stakes in Klarna, iZettle and so on. Success feeds success.”

Klarna, the “buy now, pay later” start-up, which recently raised new funds at a valuation of $31bn, plans to go public in the next 12-24 months. It will be following Spotify, the music streaming service, which now has a market capitalisation close to $60bn.

In total, Stockholm has seven unicorns — start-ups valued at more than $1bn — according to venture capital firm Atomico, which has invested in Klarna. That means that, while Stockholm lags behind the likes of London, Berlin and Paris in absolute terms, it has more unicorns on a per capita basis than any other large European city, according to Atomico.

Oscar Berglund, chief executive of Stockholm-based payments company Trustly (ranked 438th), which is reportedly seeking a stock market listing later this year at a potential valuation of €9bn, says the likes of Spotify and Klarna are inspiring “the next generation”. He sees talent from those larger companies flowing to newer start-ups.

“The whole ecosystem is enriching itself,” Berglund notes. “Knowledge, experience and capital are available and driving new ideas rather like Silicon Valley.”

The roots of Stockholm’s, and Sweden’s, success go back decades. In the 1990s, the country offered subsidies to households for buying computers and installed high-speed broadband everywhere, even the countryside.

You do have more capital now for later-stage funding. International VC firms now all have Stockholm and Sweden on their radar screen

Sebastian Siemiatkowski, chief executive of Klarna, recalls how his family was too poor to afford a computer but then suddenly could, thanks to the subsidies, and how much time he spent playing on it.

He founded Klarna with two university friends in 2005 and spent years developing it in the Nordics before expanding to Germany, the UK and, most recently, the US.

Sweden’s relatively small home market of 10m people means that most start-ups quickly turn their attention to international expansion. Trustly was no different, and now offers its online payments service directly from customers’ bank accounts in much of Europe and North America.

In the early days, many of Sweden’s first tech success stories — such as Skype, payments company iZettle, and games developers King Digital and Mojang — sold out to deeper-pocketed US competitors such as Microsoft and PayPal. It was a way of addressing worries about the depth of funding for start-ups in Stockholm.

But those fears have dissipated in recent years as the likes of Spotify and Klarna have attracted international attention.

“You do have more capital now for later-stage funding,” says Trustly’s Berglund. “Not domestic Swedish funding, but international VC firms now all have Stockholm and Sweden on their radar screen.”

Much of the focus in the media has been on fintechs and gaming companies such as Mojang, which developed the hit game Minecraft. But Kivra’s Baeck says the “buzz is now on a broader scale”.

Kivra is a good example. Backed by the Persson family, which owns fashion retailer H&M, and the Wallenberg family of industrialists, it provides digital mailboxes to half of the adult population in Sweden, offering them a way to receive correspondence from the tax authority and tens of thousands of companies electronically. It has also offered to help with possible Covid-19 vaccine certificates.

Baeck says there is a good community in Stockholm with plenty of talent available but also an “open and sharing atmosphere”. She adds: “I can easily call somebody at Spotify and discuss something.”

Yet some challenges remain. Many start-ups grumble about a lack of support from the government and other authorities in some areas. In addition, there are long-term problems in the availability of housing, particularly rental accommodation, and the tax treatment of stock options.

Still, many tech companies also acknowledge there are plenty of benefits such as good childcare, public transport and broadband that help draw in workers from abroad.

Recent funding rounds for Trustly and Klarna have demonstrated the strength of global interest in Stockholm’s start-ups.

Baeck says: “I get emails every week wanting to invest in us, from London, San Francisco. The world outside is looking at Stockholm and what’s happening here.” 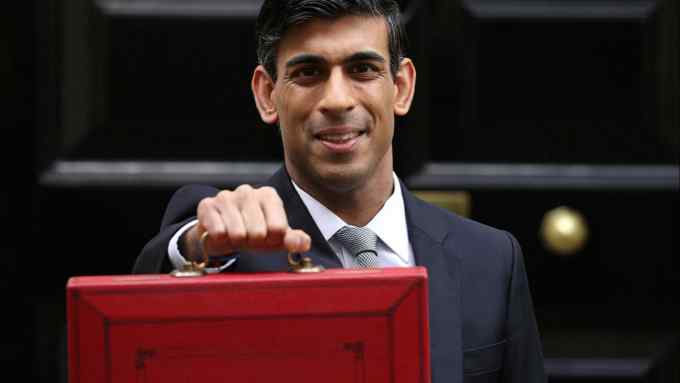