Are superstar employees about to be offshored?

A Canadian I know has just started work at a bank in the US. He won’t have to move: he’ll work from home in Toronto and keep paying Canadian taxes. He will earn less than he would in the US, but more than in Canada.

An entrepreneur I know in Paris is recruiting staff in the same spirit. After the pandemic hit, he closed his office and laid off many employees. Now he hires graphic designers in South Africa instead of Paris, getting more experienced people at half the price. He won’t go back to recruiting Parisians.

There has been endless talk of remote workers moving from New York or London to Florida or Sussex. In fact, something more radical is happening: high-skilled jobs are being offshored out of superstar cities to the rest of the world. Like so many changes in this pandemic, what began as an emergency response may solidify into permanence.

The trend towards global remote work predated Covid-19, especially in tech. Companies in Silicon Valley and New York, looking for cheap top-class talent, created teams of developers in India and, later, in Latin America. Then, when the virus prompted mass homeworking, people in all sorts of highly paid professions seized the opportunity to offshore themselves. Again, the effect was probably strongest in tech, where most jobs can be done remotely and the workforce is global: about 71 per cent of tech employees in Silicon Valley were foreign-born, calculated The Seattle Times in 2018.

Australians, New Zealanders and Irish people were among those who brought their jobs home in the pandemic. Countries from Barbados to Estonia created visas to lure remote workers.

The office: a photography special
Simon Kuper: my two decades as a working-from-home pioneer 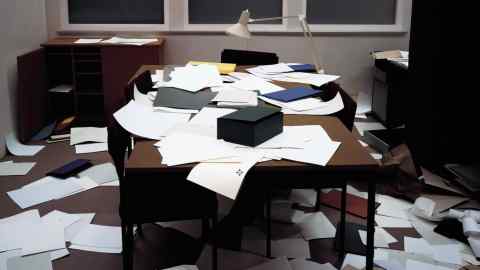 All this happened quietly, driven by countless individual choices. Some “stealth expats” hid their moves from their employers (as I did when I moved my FT job from London to Paris long ago). Accountancy and law firms were among the first to notice the trend, warning companies about legal issues. Yet most employers embraced the shift. When the consultancy PwC surveyed more than 350 companies in 37 countries last April, 58 per cent said they were letting staff start roles from their home countries.

Greece spotted the long-term opportunity. In December, it passed a law offering lower tax rates to “digital migrants” who moved there. An accompanying promotional brochure, with pictures of blue seas and whitewashed farmhouses, asked: “If you can work from anywhere, why not work from Greece?” The Greek law offers a template for many other cheap, liveable countries desperate to reverse their endless brain drains.

Global remote work will be especially beneficial to highly educated people with disadvantageous passports. Indian and Chinese MBA students are excited: suddenly they can have international careers while still living around the corner from their parents.

Conversely, the victims of global remote work could be major business hubs such as New York, London, San Francisco and Toronto. (Anglophone cities are the most at risk because so many highly skilled people around the world can work in English.) Now companies in these places can tap a global talent pool while also reducing wages. Instead of offering a salary of $100,000, still not enough to pay for a family home near the office, they could offer targets $50,000 to stay in their cheaper home countries. That would also solve the problem of visas, an expensive headache in Silicon Valley and post-Brexit London. For US companies, it would help out with healthcare too. 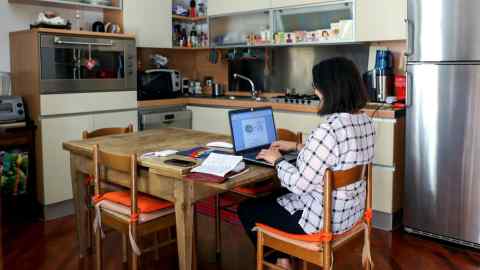 Fast-moving companies are already making the switch. The streaming service Spotify told staff last month that they can work permanently from overseas. Stripe, the online payments company, says it will cut salaries of employees who leave San Francisco, New York or Seattle, but also hand each relocated worker a one-off payment of $20,000.

Digital offshoring obviously won’t work for all high-skilled jobs: the head of department and graduate recruits probably need to be in the office most days. But offshoring will suit experienced specialists such as designers or software engineers who can fly into headquarters once a quarter or so.

If this happens on a large scale, the labour markets of superstar cities will shrink. With fewer highly paid employees living locally, house prices will fall. Demand for waiters, carpenters and babysitters will collapse: in rich clusters such as Silicon Valley, high-skilled workers generate about three times more jobs for service workers than do manufacturing workers, said Enrico Moretti, author of The New Geography of Jobs, in 2013. Meanwhile, those service jobs could pop up in Athens and Kolkata.

The biggest economic winners of the last 40 years were highly skilled natives living in superstar cities. They risk becoming the biggest losers of the next era. To quote the scary new mantra: if you can do your job from anywhere, someone anywhere can do your job. Lesser-skilled workers in western countries have been through this already, when jobs in factories, call centres and back offices were offshored. Parisian graphic designers and New York bankers may be about to find out what that feels like.