Novartis and Microsoft are joining forces to apply artificial intelligence to some of the most intractable problems in healthcare, in one of the most expansive tie-ups so far between big pharma and big tech.

Under one part of the five-year agreement, which will be reviewed annually, Microsoft will work on new tools intended to make it easier to apply AI to all areas of the Swiss pharmaceutical company’s business, from finance to manufacturing.

A second part of the work will focus on using deep learning — the technique that has brought the biggest recent advances in AI — to improve the speed and precision with which it develops new medicines.

Vas Narasimhan, Novartis chief executive, suggested that AI could hold particular promise in the field of personalised medicine, helping to identify subgroups of patients most likely to benefit from new treatments.

News in-depthThe Big Read
Workplace automation: how AI is coming for your job 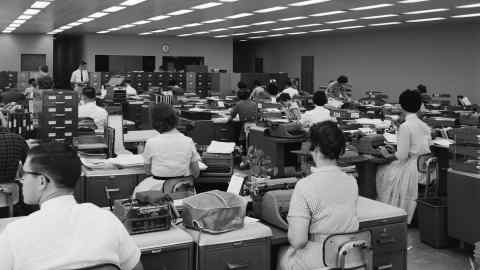 The pharma industry, initially slow to recognise the potential of digital technologies, has been picking up the pace in recent years, with companies ranging from GlaxoSmithKline to Sanofi exploring how big data can accelerate R&D.

Novartis grasped the possibilities earlier than many of its rivals and Mr Narasimhan, who took the helm almost two years ago, has set an ambition to turn it into a data science company. He said it had pooled its internal information into three large data “lakes”, overcoming the barriers that often make it hard to combine different data sets, and employs about 800 data scientists and bio-statisticians.

Mr Narasimhan said he hoped the collaboration with Microsoft would set his company apart from rivals. “My aspiration is to lead in the space,” he said, laying out a vision in which AI would power research, development, manufacturing, finance, sales and marketing and procurement. “If we can scale the technology across the value chain of the company, that will, I hope, lead to a significant differentiation over time.”

Joint research will take place at the Novartis campus in Switzerland and the company’s global service centre in Dublin. It will also involve Microsoft’s research labs in Cambridge under Christopher Bishop, one of the UK’s foremost machine learning experts.

The cost of discovering and commercialising a new drug has barely shifted in decades, taking an average of 14 years and costing up to $2.5bn.

Setting a three-year timescale within which the collaboration would start to show “tangible impact” across the business, Mr Narasimhan said: “I hope . . . we can make bringing down the costs of drug discovery and drug development a reality.”

He added: “We believe that by applying AI methods to our large clinical and pre-clinical data sets, we should be able to identify the ‘super-responding’ patient populations, or patient populations that uniquely respond to different medicines, which then could lead to further testing.”

In the future this could generate more personalised medicines and allow Novartis to build “a better value proposition to healthcare systems”, he suggested.