General Motors and DBS Bank adapt for period of flux

Craig Glidden and Chee Kin Lam are legal leaders of two very different companies, but both want to innovate

One heads the legal team of a venerable US carmaker, the other leads lawyers and compliance professionals at an Asian bank.

Their organisations are strikingly different, as are their companies’ size, history, sectors and home regions.

Yet General Motors’ Craig Glidden and DBS Bank’s Chee Kin Lam are both instructive examples of how the general counsel role has dramatically changed in the past five years.

Both these senior corporate lawyers work at the heart of businesses — and sectors — that are in flux. Both are redefining the job. And both have shown their commercial colleagues how in-house lawyers can play a critical role in digital transformation.

As Mr Glidden admits, reflecting on his switch to GM: “I did not expect the work to be so fulfilling.”

Right people at the right time

Established by Singapore as a development bank in 1968, DBS is one of the region’s leading financial institutions, with revenues of just over $10bn. General Motors, more than twice as old, was until recently the world’s largest automaker. Home of the Buick and Cadillac, its revenues are nearly $150bn.

Mr Lam moved to DBS in 2014 as head of compliance before also taking up leadership of the legal team a year later. He joined at a point when DBS’s strategy to become a force in Asia had paid off and it was transitioning to becoming a digital bank.

In 2015, Mr Glidden similarly joined General Motors at a critical moment, when it was beset by crisis. The company had to recall millions of cars because of faulty ignition switches that led to fatalities, a swath of lawsuits, and a $900m criminal penalty.

Craig has used agile project management and sponsored several interdisciplinary [projects] . . . I would like to see even more of that

Once the crisis was over, Mr Glidden stayed on to take an active role in a fundamental transition at General Motors, as it began to reinvent itself as a mobility company, making electric cars, pioneering driverless vehicles and inv­esting in ride-hailing apps such as Lyft.

Corporate legal departments need to become more multidisciplinary, less hierarchical and places where different skills can converge. Making that happen remains tricky for many, but Mr Lam and Mr Glidden have benefited from having operational and entrepreneurial experience in their careers. Mr Lam served in a non-legal role as chief operating officer for JPMorgan in south-east Asia, while Mr Glidden had set up and run his own law firm.

Each cites their respective chief executives — Piyush Gupta at DBS and Mary Barra at General Motors — for inspiring them, first to join and then to stay. Both also point to the importance of their companies having a clearly defined purpose and say translating their values into their legal teams has helped bring about cultural and behavioural change.

If [the late Singapore leader] Lee Kuan Yew, a lawyer, can manage the 50-year road map for a country, general counsel should be able to manage the challenge at corporate level

DBS’s mission to create the best possible experiences for digital cust­omers, for example, led Mr Lam to what he considers his biggest achievement, “showing that legal and compliance can produce joyful outcomes” for everyone — customers and staff — and translating that into new ways of working.

At General Motors, its new mantra of “zero crashes, zero emissions and zero congestion” is shaping the legal team’s priorities. “We have to think of the ecosystem [that is] being created as mobility changes,” Mr Glidden says. “It requires [legal] to expand beyond what is happening today to envision the future. And then, we try to bring that ecosystem to life through regulatory and legal advocacy.” The new rules for mobility are still being written, he adds.

Mr Glidden’s team is more focused on policy work — it has led on General Motors’ contribution to a regulatory re­g­ime for driverless cars alongside auth­orities in the US and elsewhere; at DBS, Mr Lam’s is developing a framework for the responsible use of customers’ data.

When Mr Lam joined DBS, his main challenge was to transform in-house lawyers from document administrators into active legal and risk advisers. The next stage was to turn them into business enablers. His latest task, which he says is the hardest, centres on nurturing the new skills the bank re­quires from its lawyers.

“What I have to do now is create the background for skills convergence in the legal team,” says Mr Lam.

At General Motors, Mr Glidden has helped the legal team to work in pop-up teams with product and des­ign colleagues to find creative and effective ways to solve problems and bring products to market.

“The legal team has been a ‘convener’ to strategise on [GM’s key challenges] — as opposed to being the staff that people come to after they have come up with ideas,” he says. 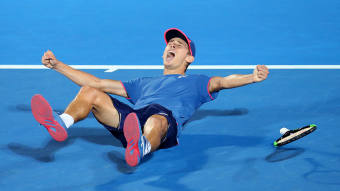 We highlight 20 top in-house lawyers. Plus: should corporate lawyers do more on climate change?; why Paul Weiss pictures touched a diversity nerve; planning for flux at General Motors and DBS Bank; a sense of purpose; smaller is beautiful for some