Madhumita Murgia in London and Yuan Yang in Beijing

Microsoft has worked with a Chinese military-run university on artificial intelligence research that could be used for surveillance and censorship, a revelation that has sparked anger among China hawks on Capitol Hill.

Three papers, published between March and November last year, were co-written by academics at Microsoft Research Asia in Beijing and researchers with affiliations to China’s National University of Defense Technology, which is controlled by China’s top military body, the Central Military Commission.

One of the papers described a new AI method to recreate detailed environmental maps by analysing human faces, which experts say could have clear applications for surveillance and censorship.

The paper acknowledges the system provides a better understanding of the surrounding environment “not viewed by the camera”, which can have a “variety of vision applications”.

Samm Sacks, a senior fellow at the think-tank New America and a China tech policy expert, said the papers raised “red flags because of the nature of the technology, the author affiliations, combined with what we know about how this technology is being deployed in China right now”.

“The [Chinese] government is using these technologies to build surveillance systems and to detain minorities [in Xinjiang],” Ms Sacks added.

The US government is debating whether research collaborations, particularly in sensitive areas such as artificial intelligence and augmented reality, should be subject to stricter export controls.

After the Microsoft work was reported by the Financial Times, Senator Ted Cruz, the Texas Republican who has emerged as a leading China hawk, warned “we must ensure that American business interests are not enabling the [Chinese Communist party’s] oppression.”

Microsoft defended the research, saying it was part of a worldwide effort by its scientists, who were often academics, to work with their international counterparts on cutting-edge technology issues.

“The research is guided by our principles, fully complies with US and local laws, and . . . is published to ensure transparency so that everyone can benefit from our work,” the company said.

But Adam Segal, director of cyber space policy at the Council on Foreign Relations think-tank, noted the revelation comes at a time US authorities, including the FBI, have put academic partnerships with Beijing “under the microscope” because of fears Chinese students and scientists working on “frontier technologies” may end up assisting China’s People’s Liberation Army.

Pedro Domingos, a professor of AI at the University of Washington, said the Microsoft paper on environmental mapping could provide crucial help to authorities seeking to monitor individuals.

“Let’s suppose I’m an intelligence agency and I have pictures of people of interest,” said Mr Domingos. “I can use the system to tell something about the place they’re in that they didn’t realise they were giving away.” 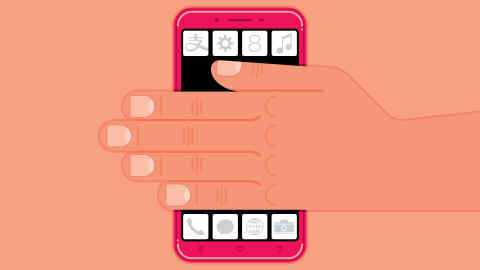 Microsoft’s research arm in Beijing has collaborated on at least two other papers with NUDT researchers, including in the area of machine reading — a way for computers to understand online text.

“Machine reading comprehension may not seem directly concerning but it could be used for censorship, which is an interest of the Chinese government,” said Elsa Kania, a Chinese military technology expert and a fellow at the think-tank Center for a New American Security. “They see natural language processing as a way to enable censorship at scale.”

The papers underscore Microsoft Research’s long-running links to Chinese military-funded academia, including its operation of several “tech clubs” for students at Chinese universities known to have military links including NUDT, Beihang University and Harbin Institute of Technology.

The US commerce department is seeking public comment to help identify emerging technologies that are essential to US national security because they may improve intelligence collection, weapons of mass destruction, have terrorist applications, or provide the US with a qualitative military or intelligence advantage, according to law firm White & Case.

“[These papers are] at the centre of a perfect storm with . . . issues top of mind as the US is redrawing its relationship with China,” said Ms Sacks.

“There is a massive overhaul of the export regime, and emerging and foundational technology, particularly AI, is a considered category under that,” she added. “Because this is open academic research, the question is to what extent is the Chinese government exploiting the openness . . . and extensive history of joint partnerships.”