How legal brains connected over coronavirus in FT hackathon

Law student Patrick Riley was meant to spend this summer as an intern in New York — until Covid-19 intervened. Instead, he has spent several weeks working with senior lawyers and tech experts across the world on pandemic-related legal problems, as part of a hackathon launched by the FT.

“It was trial by fire,” says Mr Riley, who says he has built strong bonds with his team mates and glimpsed real-world legal work as part of the process. “It was a good way to jump right in. You’re working as colleagues even though we’re still students.”

The FT’s legal hackathon, which ended on May 22, was an experiment in international, online collaboration across multidisciplinary teams. All were focused on one goal — to find creative answers to the most urgent legal challenges that have emerged from the crisis.

It has thrown together students and junior associates with senior lawyers, with teams spanning marketing, technology, business development and legal expertise. Most have been logging in to work from home in lockdown around the world.

More than 2,700 participants from 225 organisations took part in the hackathon. Between them, a total of 170 projects were submitted.

“To have that many projects produced by that number of institutions is extraordinary — and it’s all voluntary,” says David Fisher, founder of the Global Legal Hackathon, which organised the FT Innovative Lawyers hackathon. “It shows there is an incredible magnitude of energy for collaboration when organised and directed the right way.”

I thought, just don’t ask anything stupid, but then I realised, there really are no dumb questions

Along with two fellow Duke University students and their professor Jeff Ward, Mr Riley was part of a team led by Digital Legal Exchange, a non-profit legal sector community. The team responded to a challenge put forward by consumer goods company Unilever, which asked how technology could address problems in its supply chains resulting from the pandemic.

“Unilever saw suppliers were facing a crisis, which meant they couldn’t deliver on some of the clauses in their contracts,” says Rishab Venkataraman, an engineering student on the project team. Many contracts included force majeure clauses, which allow companies to back out of contracts in the case of unforeseeable catastrophes, he says. Unilever needed to assess the risk from each different supplier, and how to mitigate it.

Working with consultants from the Digital Legal Exchange and senior lawyers with expertise in areas such as contract language and supply chains, the Duke team developed a framework to identify wording that would indicate the degree of risk for Unilever.

“For me it was shocking, how helpful and accommodating they were,” says Mr Riley of the senior lawyers on the project. “Going into it I thought, just don’t ask anything stupid, but then I realised, there really are no dumb questions.”

Mr Venkataraman, whose background is in engineering and technology, says he could see first-hand how legal and tech could work together.

As well as learning about law, says Mr Riley, he glimpsed the realities of the world of work: “A lot of it was just communicating clearly, getting used to responding to emails promptly, getting prepared for meetings.”

The team took a while to refine the focus of the project, but then the process moved swiftly, with days of back-to-back calls. It helped that all team members brought different types of expertise. “It seemed like we were speeding through every night because we would all be working on something different,” says Mr Riley.

Many paticipants say the hackathon was an opportunity to work with people inside and outside their organisations in a way that does not happen in day-to-day jobs.

For James Lloyd and Keily Blair, both London-based leaders in the cyber and data privacy litigation team at international law firm Orrick, taking part was a way to foster an innovation mindset and creativity among associates, who made up the majority of the teams.

It is an opportunity for associates to shine, says Mr Lloyd, particularly as client work is so different: “You don’t get to identify which problems you want to solve [or] have free rein to figure out how you’re going to resolve them,” he says.

The tech guys were saying ‘it’s just a hackathon, you don’t need pages and pages of disclaimers’

The hackathon counts as part of the associates’ time spent on pro bono and innovation work, adds Ms Blair: “It’s easy to say we want you to innovate and not give associates credit for it,” she says. “At the end of the year, when we’re talking about their bonus, it will matter that they’ve spent 50 hours of time on innovation.”

The firm had 70 employees participating in the hackathon. They worked on projects, ranging from a “Covid-19 pass” to help companies authorise employees’ return to the workplace, to an initiative to improve ethnic diversity and a project to support female founders.

The teams incorporated people from other areas of the business and also included clients, lawyers from other firms and academics, which made it a richer experience for participants. “It generated camaraderie in the absence of an office,” says Mr Lloyd.

For Done Yalcin, managing partner for Turkey at law firm CMS, the hackathon was a chance to gain different perspectives from colleagues in various fields. “Our organisation is so huge you don’t get to meet everyone outside your jurisdiction,” she says.

In countries across Europe, from the UK to Siberia, Ms Yalcin’s team joined forces to build an app to help businesses stay on top of rapidly evolving sustainability laws. That meant lawyers working with marketing experts, business development and IT specialists, among others.

The dynamic between the tech experts and the lawyers was interesting, she says. “The lawyers were saying ‘we have to be very careful with what we say’ and have disclaimers for this and that, [whereas] the tech guys were saying ‘it’s just a hackathon, you don’t need pages and pages of disclaimers’.”

We do care about bigger issues, and we want to work on them

GLH’s Mr Fisher says the hackathon offers a unique type of experiential learning: it takes place outside organisations, it is global, and it has a fixed start and end date — which forces action because participants have no time to waste. There is also an element of friendly competition, because the projects are all presented publicly at the end.

For Mr Lloyd, the hackathon’s appeal includes its emphasis on purpose. “Lawyers aren’t necessarily everyone’s favourite people,” he says. “This is testament to the fact that we do care about bigger issues, and we want to work on them. It improves our lives and it improves others’ lives too.” 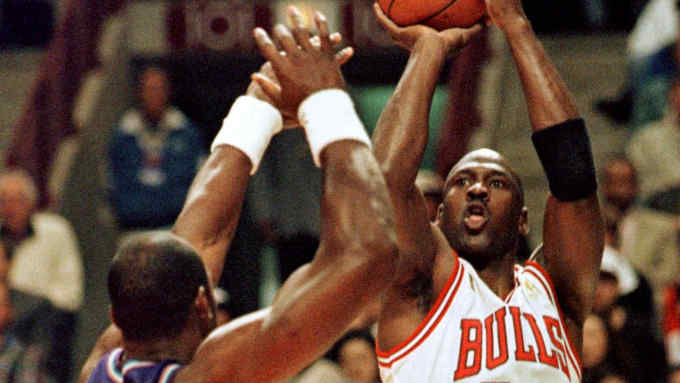