Traders and brokers across the City of London are bracing themselves for an all-night vigil as the votes are counted in the Brexit referendum.

Senior staff and traders at banks including Citigroup, JPMorgan, Goldman Sachs and Morgan Stanley have been asked to stay overnight in the office while others are working in shifts between the UK market close on Thursday and its reopening on Friday morning.

JPMorgan has booked hotel rooms for its staff in Canary Wharf while Citigroup has organised taxis to make sure key sales and trading employees arrive at the offices before 4am on Friday morning.

The night shift at the banks is mainly being worked by traders in foreign exchange and interest rates markets and senior management.

Online brokers and trading platforms that service retail clients are expecting a flurry of trading activity and firms such as IG Group are CMC Markets are laying on extra staff on Thursday night in anticipation.

“We have got an extra 30-40 people staggered across the night in London,” said Grant Foley, chief financial officer at CMC Markets. “We have paid for people to have hotel rooms near the offices and we will be ordering in food to keep them sustained.”

Central Bankers including the Federal Reserve chair Janet Yellen and the Bank of England governor Mark Carney have warned that a vote for Brexit could upset global markets, while George Soros, the billionaire hedge fund manager who made a fortune betting against sterling in 1992, said on Tuesday that a vote for Brexit risks a Black Friday in the currency markets.

Several hedge fund managers said they planned to leave the office as usual on Thursday evening but expected an early start on Friday.

“We anticipate it being a volatile day on Friday,” said David Harding, founder of quantitative asset manager Winton Capital Management and joint treasurer of the Britain Stronger in Europe campaign. “One way or another, the markets will move quite a lot, which will translate into quite a nervy day.”

Hedge fund managers are largely shying away from making big bets on the referendum outcome, following a period of lacklustre performance for the industry. Many of them believe that the risk/reward profile of trading around Remain is unattractive after the pound made its biggest gains in nearly eight years and stock markets rallied this week as polls began to swing back to the status quo.

FT SeriesBrexit: in or out
What the City stands to lose and gain from Brexit 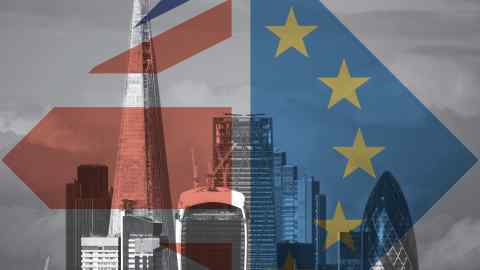 “The upside now that we have rallied so much is fairly limited,” said a portfolio manager at one of London’s largest hedge funds. “The downside is enormous. It is almost impossible to go all in. I am positioned quite neutrally because I am really scared about the surprise if there’s a Brexit.”

“We’re all suffering from Brexhaustion,” said Jim Mellon, the Isle of Man-based financier who gave £100,000 to the Leave. EU campaign. He has structured an options strangle, a type of derivatives strategy that takes a view on sterling. Mr Mellon is betting that if there’s a Brexit, sterling could fall down to $1.32 and if the Bremain camp wins it could rise to $1.50. He is also positioned for a decrease in sterling volatility: “I think volatility in sterling will collapse either way after Friday; I don’t think there will be Soros-like destruction.”

Goldman Sachs’ private bank has told clients that the desk will be staffed all of Thursday night if they wish to trade. Both Goldman and JPMorgan are among banks warning clients that parts of the market may become illiquid and it could be difficult to execute some trades on Friday.

Parties are taking place across the City on Thursday evening as the results begin to roll in from midnight onwards. While the overall picture could be clear by 3.30am, the official result is not expected until around breakfast time on Friday. Businessman Arron Banks’ Leave.eu grass roots movement is throwing a party at the altitude bar at Millbank.

Brokers including CMC, IG and PhillipCapital UK have increased the margin requirements that clients are required to put up to trade, in order to protect clients against any extreme market movements. Many of them suffered massive losses in January 2015 after the Swiss National Bank unexpectedly scrapped a cap on its currency that had held it down against the euro.