The executive education courses teaching how to beat burnout

Growing understanding of the costs and fading stigma is driving demand

Charles Noble was asked for a swab of his saliva during the Advanced Management Program at Columbia Business School in New York last year. The sample was assessed for levels of the stress hormone cortisol, which can indicate the risk of burnout, a medically recognised syndrome caused by chronic, unmanaged workplace stress.

Little cortisol was found to be coursing through his system, but the experience made Noble more aware of the impact of stress on his performance at work. While brief strain can improve cognitive function — animal studies show it may strengthen our memory — he learnt that chronic stress may impair productivity. Associated with weakened memory, it also changes the structure of our brains, lessening our ability to regulate emotions.

The research tallies with Noble’s experience working as chief financial officer for the UK and Europe at Genesee & Wyoming, a freight railway owner and operator. Pulling exhausting 12-hour days sometimes interrupted his sleep, compromised his judgment and left scarce energy for family activities, which created tension at home.

He enrolled at Columbia for the wider leadership lessons, but the wellbeing courses proved a revelation. They included advice on mitigating stress through diet and exercise: research shows that low-intensity workouts curb cortisol levels (high-octane training does the opposite). Taking probiotics when stressed (live bacteria and yeasts in yoghurt, for example) may reduce anxiety symptoms, ease mental exhaustion and improve working memory. Studies suggest magnesium supplements can alleviate anxiety.

Noble already had a good diet, but he now works out two or three times a week, has ample energy and copes well with work pressure. Columbia encouraged him to see stress as an enabler of performance, a perception that can help lower cortisol. Another method is to affirm personal values when work becomes stressful. Noble thinks about his company’s contribution to society: freight rail enables economic activity. “It was a transformational experience,” he says.

The four-week, $52,450 course at Columbia is one of many executive programmes that aim to beat burnout and cultivate a culture of employee wellbeing. In 2017, Johnson & Johnson, the healthcare company, began offering its programme for stopping burnout, Premier Executive Leadership, to other companies for $100,000.

Burnout is now a serious and global problem. A 2018 Gallup poll of 7,500 full-time employees found that two-thirds experience burnout at work with varying frequency. In 2019, the World Health Organisation began recognising burnout as an international syndrome.

“Burnout is so central to work in the 21st century that it must be in the standard curriculum,” says Jochen Menges, a lecturer in organisational behaviour at Cambridge Judge business school. The UK institution offers fitness sessions, including yoga and tai chi, on the General Management and Advanced Leadership programmes.

According to Menges, demand is growing because of fading stigma and increasing concerns over mental health and the costs of stress. A 2015 study by academics from Harvard Business School and Stanford University put the annual healthcare burden of burnout in the US at up to $190bn, excluding the impact of higher staff turnover and lower productivity. The study also linked 120,000 annual deaths to workplace stress, which also increases the risk of type-2 diabetes, cardiovascular disease and depression.

Burnout can be caused by personality traits such as perfectionism and excessive ambition, as well as external factors such as time pressure and high demands at work.

Executives who encourage a culture of long hours risk legitimising such pressures in their companies, says Jeffrey Pfeffer, professor of organisational behaviour at Stanford Graduate School of Business. He cites Elon Musk, chief executive of carmaker Tesla, who said in 2018 he had worked 120 hours a week at one point. “There are way easier places to work, but nobody ever changed the world on 40 hours a week,” Musk tweeted.

Pfeffer, author of Dying for a Paycheck, says: “We need leaders to take control of the health and wellbeing of their workers, just as they take control over the profitability of their company.” Happy workers are likely to be more productive and employee satisfaction is linked to greater shareholder returns, he adds.

Leah Weiss, a lecturer in compassionate leadership at Stanford GSB, trains executives to be mindful: paying attention to their own thoughts, feelings and those of their teams to spot signs of burnout in themselves and others. On Stanford’s Innovative Health Care Leader programme, she teaches meditation: developing attention and awareness by concentrating on an item, thought or action, such as breathing.

FT SeriesBurnout: the next health crisis?
Tips to avoid burnout at work, from FT readers who’ve been there 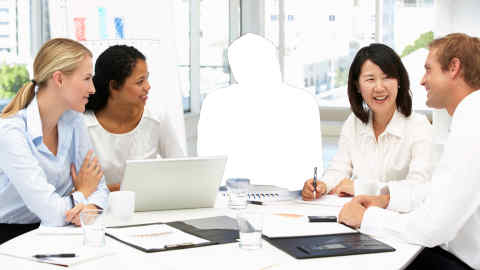 “We are humans, not robots,” says Weiss. “So many leaders are unaware they are creating a culture of burnout by driving themselves and their team into the ground.”

The psychologists Herbert Freudenberger and Gail North describe a burnout syndrome in 12 phases: it starts with extreme ambition, working harder and neglecting one’s own needs, and finishes with anxiety, addictive behaviour and potentially deadly exhaustion.

Executives should make lifestyle changes if they have suffered two weeks of consistent symptoms such as sleep disturbance in the absence of an external factor such as a deadline, says Tara Swart, a neuroscientist and senior lecturer at MIT Sloan School of Management. “Act before you reach a breaking point.”

For example, António Horta-Osório, group chief executive of Lloyds Banking Group, took two months off to recover from exhaustion in 2011.

On Swart’s Applied Neuroscience and Neuroscience for Leadership courses, participants complete a questionnaire on their lifestyle (exercise, sleep and nutrition), brain functions (learning capacity, emotional regulation) and relationships. Algorithms feed the data into an overall “brain performance” score and suggest ways to improve this through, for example, regular meditation.

The challenge for business schools is helping executives to avoid lapsing back into bad habits once they return to work, says Paul Ingram, faculty director of Columbia’s course. Prof Ingram checks in with alumni after six months and offers them coaching sessions if they are straying from their wellbeing goals.

Beating burnout may ultimately require root-and-branch reform to both lifestyle and company culture. As Weiss says, “you cannot yoga and meditate your way out of stress”. 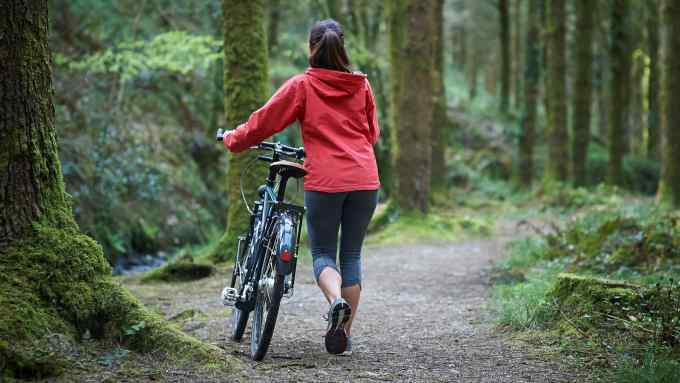