Countries weigh how to buy vaccines for the next pandemic

Depending on who you ask, the global Covid-19 vaccine rollout has either been a resounding success — or a catastrophic failure.

Vaccination rates across the world vary greatly. While there have been high levels achieved in richer nations, with booster uptake growing fast, only about 10 per cent of people in low-income countries have received a dose, according to the FT vaccine tracker.

That has left health authorities and government officials pondering the problems with rollout programmes in the past two years — vaccine nationalism, protracted shortages in poorer countries, a lack of co-ordination — and starting to think about what to do differently when the next pandemic strikes.

In December, global health authorities kick-started a process that could yield a new pandemic preparedness treaty. Negotiations have been complex and officials are targeting 2024 for the adoption of any new legislation. But they will have an opportunity to use lessons learned during the coronavirus pandemic to help governments respond more quickly next time.

In Europe, for example, after a sluggish start, the vaccine rollout programme has become one of the world’s most successful. The EU has acquired billions of doses, for use within the bloc and in poorer countries.

An official familiar with the European negotiations says the EU was pleased that “all member states received the same vaccines under the same regime, [at] the same time, equally and fairly distributed.”

The official added: “Because we did it together, we all were benefiting from a risk portfolio, meaning no one was left behind with vaccines [that were] not working. This was the very first really successful ‘joint procurement’ . . . Usually, joint procurements don’t work well.”

A further factor was that companies “didn’t have the opportunity to play ‘divide et impera’ [divide and rule] on prices and conditions, which would have generated higher prices in some countries”.

However, there were sticking points. Pharmaceutical companies, especially those based in the US, dragged out negotiations as they played hardball on liability clauses.

The prices for mRNA vaccines were then raised after their resounding success, sparking criticism that their makers were abusing a dominant position. Politicians decried the lack of transparency in the agreements, especially in the early stages of negotiation.

London and Brussels also fought very publicly over shipments of the AstraZeneca vaccine early last year, arguing about where the vaccines were made and when procurement deals had been struck.

Today, some European officials say that, while procurement during the pandemic largely worked well, future procurement mechanisms be changed. They should not only reward R&D initiatives financially, but also contemplate a legally binding mechanism to share knowhow and intellectual property to expand access in poorer countries, straightaway.

However, it is not clear whether such measures will be adopted in the pandemic treaty.

As well as EU members, other high-income countries, including the US and UK, secured high numbers of vaccines early in the first Covid waves, prompting accusations of vaccine nationalism. But, globally, the situation was very different. One of the leading figures behind Covax, the vaccines access scheme for poorer countries, told the FT in January that the facility had run out of cash. That left it unable to accept any new dose donations that came without key accessory elements like syringes, insurance, and transport.

Covax is hoping to raise a fresh $5.2bn in the first quarter of this year — a target that Seth Berkley, head of vaccines-access group Gavi, admitted was “very ambitious”. Others, including the WHO’s director-general Tedros Adhanom Ghebreyesus, have said charity should not be the solution to vaccine inequity and the focus should instead be on tech transfer, to enable poorer nations to make their own vaccines.

Berkley says the world should prepare for the next pandemic by developing more contingency finance plans that would release cash quickly in the early stages. “You can make [initial] deals quickly and then you can go back to a more traditional ‘let’s gather all of the donors and discuss what needs to happen’ [approach],” he says. By comparison, at the start of the current pandemic, “we didn’t have any money.”

But one feature of the present pandemic response that should be replicated, says Berkley, is a “networked” approach, where partners build on each other’s experience. Such was the case, he adds, with Oxford university in the UK, drugmaker AstraZeneca and India’s Serum Institute.

Other challenges, such as supply chains and limited transport networks with finite cargo capacity, are harder to prepare for sufficiently in advance of an emergency — although stockpiles can help.

And forms of vaccine nationalism, such as export bans, can be entirely unexpected. India’s Serum Institute, for example, one of Covax’s main suppliers, was blocked from exporting AstraZeneca doses for most of last year as Covid-19 infections surged domestically.

Covax now has 11 vaccines in its portfolio, negotiated at “very good prices” but, Berkley adds, the real need has “been getting high numbers of doses early on.

“We were thwarted by numerous aspects related to the way countries were behaving, as well as companies,” he says. Johnson & Johnson, for example, “had a firm order commitment for 200mn doses in 2021 and they delivered only a small number of those”.

Johnson & Johnson says that approximately 70 per cent of its global vaccine supply was made available to poorer nations in 2021 and it “will continue to focus on getting our vaccine to those countries where people are in the greatest need”. It has committed to make up to 900mn vaccine doses available to the African Union and Covax combined by the end of 2022.

Pfizer — with which Gavi has a longstanding relationship for a pneumococcal vaccine — made a limited commitment at first, of 1.2mn doses in 2021, although Berkley says this later improved.

He adds that Gavi’s relations with other companies, such as Moderna — which did not have a product on the market before its Covid vaccine — have been “a bit of a challenge” in terms of going from “a start up to a global distributor”, but there is now a “good working relationship”.

Covax, itself, has also been the subject of fierce criticism. Calling for more transparency and accountability, the medical aid charity Médecins Sans Frontières said in January that Covax had “failed to deliver” equitable access. Others have even suggested it should be completely replaced by a new facility. 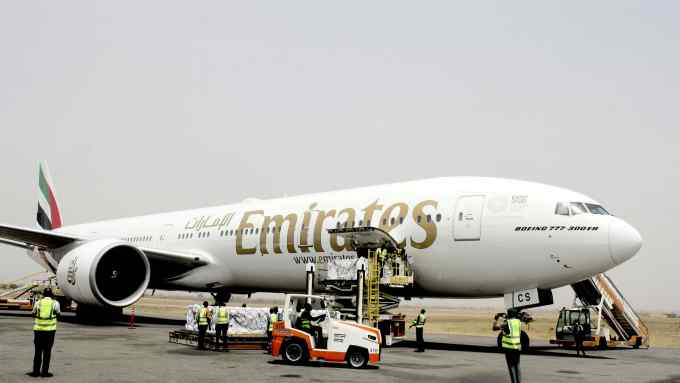