Good intentions and purpose cannot cover up for bad bosses

Hirers take note: workers of the future are instinctively inclusive, worried about climate change — and want to solve problems

As a child Adam Davidson was raised to believe that any work to do with business should be avoided. In his new book, The Passion Economy, the journalist and podcaster offers an optimistic vision of people making money while working at things they enjoy — their passions. He describes his 1970s upbringing in a subsidised artists’ housing project in New York’s Greenwich Village, where “money was the opposite of art, the opposite of passion”.

His parents had escaped the stifling world of factory work that had been his grandfather’s lot. But Mr Davidson suggests that this sort of sharply divided 20th century experience lies firmly in the past: “Now, more than ever before, business and art, profit and passion, are linked.”

Organisations of all sizes now recognise that they must shift to a commitment to inclusive culture and sustainable business goals if they want to retain talented workers.

Mr Davidson says that people both now, and in the automated future, can make a good living by doing paid work they enjoy, as entrepreneurs or within existing businesses. His book injects some grounded, non-jargon-laden reality into the bland corporate-speak around notions of passion, engagement and purpose.

The 2020 Edelman trust barometer, a large international annual survey of more than 34,000 people, found that 92 per cent of employees expect their chief executives to speak out on topics such as training for jobs of the future, ethical use of technology and income inequality.

Since the US Business Roundtable, a group of more than 180 chief executives, took the lead last year in calling for capitalism to shift from shareholder primacy towards “an economy that serves all Americans,” good intent is becoming virtually a given. Who wants to work for a toxic employer with no such goals? Publicly declared purpose will become the baseline for attracting and keeping employees in the workplaces of the future.

Within organisations, however, employees’ motivation at work depends on a set of far more complex factors, many of which are rooted in human relations and workplace culture. In any collection of people thrown together, lofty purpose will count for nothing if group members feel bullied and disengaged. Just think of the extraordinary management disputes that can arise in high-minded academia.

Amanda Goodall, associate professor in management at London’s Cass Business School, has researched the effects of bad bosses. She says: “When it comes to the workplace, the influence of line managers and organisational leaders will continue to be paramount.

“For example, if I were working in an environmental campaign group or charity and getting social good from my work, would that take away or reduce the effect of having a bad boss? The evidence suggests that this is not alone enough.”

Her research found that the negative effects of bad managers were repeated in all sorts of workplaces — in the public sector, voluntary organisations and private businesses.

As Generation Z (born approximately between 1995 and 2010) enter the workforce, followed by Generation Alpha (born after 2010), all signs show that they will expect employers to show purpose and leadership in tackling the global climate crisis, matching the commitment that the young have in their personal lives.

One way for companies to attract purpose-driven new recruits is to show them how their work can solve problems, such as tackling those created by climate change. For instance, young engineers might consider how they could help make infrastructure more sustainable.

When the entrepreneur and author Margaret Heffernan investigated what young adults say they want from their unfolding careers for her new book Uncharted: How to Map the Future Together, she found that among her children’s generation, “they feel that every day is now-or-never time. Acutely aware of climate change and other threats, time is precious and they don’t want to waste it. They grew up through the financial crisis — they expect sudden shocks.” 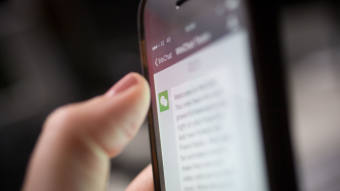