The Future of Britain Project: a letter from the editor 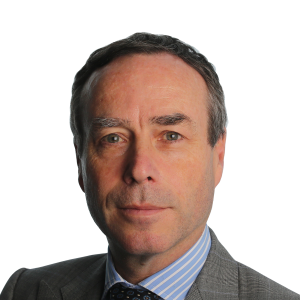 The Brexit vote on June 23 is the single most important decision the UK has taken in more than 40 years. Yet the direction is far from clear. No country has ever left the EU. Neither the UK government nor the 27 member states have a plan or playbook to guide their thinking.

This is why the Financial Times is launching the Future of Britain Project. We want to contribute to this debate and we would like our readers to participate. We believe the result will be to trigger original ideas and solutions about the UK’s role in Europe and the rest of the world. It should also stimulate fresh thinking about the EU.

We would like readers to focus on four questions.

1. What would be the best relationship for Britain to have with the EU? What would a bespoke arrangement look like or should the UK make a “clean break”, leaving the EU and the customs union?

2. What is the best model for the UK economy post Brexit? In the past, the British have pursued an open-door policy to foreign investment, EU immigrants, coupled with a low corporate tax system and full participation in the single market. London, the international hub, epitomised the cool cosmopolitan capital in peak globalisation. Is there a case for a new balance between capital and labour?

3. How should the UK deal with immigration? What is the balance between an open labour market and a managed system for dealing with immigration from the EU and the rest of the world?

4. What future is there for the EU post-Brexit? Is there a case for a core group of integration-friendly countries built around France and Germany, and for actively encouraging further variable geometry to accommodate central and eastern Europeans? Should the EU revisit its commitment to the four freedoms on capital, goods, labour and services?

With each question, we will publish two comment pieces, one from an FT commentator and the other from an outside voice.

There will also be weekly Facebook Live broadcasts, featuring contributors to the debate.

Readers can share their own ideas using this form. Each contribution should run to between 500 and 600 words.

We will publish one or two best reader contributions as op-eds in November, and the authors will be invited to take part as panellists, alongside FT commentators, in a live event in January.

We look forward to reading your contributions and engaging with you in the Future of Britain Project.