Banks will not adopt blockchain fast

It will take longer than expected for the technology to go mainstream, writes Oliver Bussmann

Since the blockchain — the technology underpinning the digital currency bitcoin — first emerged, people have recognised its potential to transform financial services. The banks have been paying attention. Around the world, they have been setting up labs to test blockchain solutions, carrying out proofs of concept and publishing papers. They are also forming or joining blockchain consortiums, like R3 or the Hyperledger Project, to better work together. Regulators have taken a keen, often quite supportive, interest as well.

This work is not just theoretical. From Nasdaq to Ripple, we already see live blockchain-based platforms. IBM recently said that 15 per cent of 200 banks it surveyed expect to be live with solutions next year. In September I worked with the Swift interbank payment system on its blockchain and cyber security sessions at Sibos, the world’s largest banking conference. A third of the banks that participated told us they had serious blockchain proofs of concept in the works.

So are we about to see blockchain break into the banking mainstream? As a strong believer in the potential of this technology, I truly wish we were.

But as the former group chief information officer of UBS, where we championed blockchain early on, and as an adviser to banks and fintech companies today, I am cautious. My experience tells me it may be a while before we see large-scale adoption in the financial industry.

Just consider what is really happening at the moment. Yes, Ripple has made fantastic strides with an excellent, market ready, platform. And its network currently includes 12 of the top 50 banks. That’s a great start — but a long way from Swift’s 8,000 members. IBM says 15 per cent of 200 survey recipients may go live next year. That’s 30 banks — hardly a stampede.

Then let’s look at regulation. It has been fantastic to see regulators around the world, from the UK to Singapore, embracing blockchain’s potential. They are engaged in open dialogue and are offering sandbox environments, where banks can test platforms without fear of breaking any rules. But sandboxes are for safe play, not for real work. They exist because regulators want to understand blockchain’s risks as well as its potential. And rightly so. Their primary remit is to protect consumers.

Regulators will want to be sure that large-scale platforms are absolutely bullet proof before they are released into the wild. And, if platforms want to reach across borders, they will need regulatory sign-off — and certainty — from all jurisdictions involved. This will not happen overnight.

Banks will be keen to ensure that any major new platforms are secureas well. That means extensive internal validation and approval. Since the theft of more than $50m in digital currency from blockchain platform Ethereum DAO, legal, risk and compliance departments — not to mention boards of directors — have become extremely sensitive to blockchain’s reputational risk.

We shouldn’t forget that blockchain represents a profound shift from centralised to decentralised business models. An industry like finance, which is so heavily invested in centralised structures, may find it difficult to change its mindset. 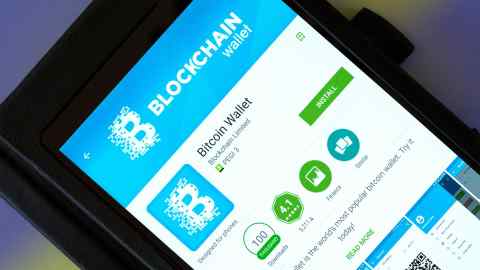 This is not to say that blockchain is not coming. The incentives are too large. Numerous research reports put potential efficiency gains to financial services from blockchain at between $15bn and $20bn. Already today, using blockchain-based applications, companies could bring the cost of a cross-border transaction down from $25 to $1 or $2. This will drive adoption.

Over the next 12 to 24 months, I expect we will see significant, if still limited, moves to blockchain-based platforms in areas like cross-border payments or trade finance. But financial services as a whole is much broader than just these isolated use cases. I therefore expect widespread blockchain implementation in other industries first — for example supply chain management, healthcare, real estate, or e-governance.

No doubt financial services will follow; when it comes to blockchain, I do not think you can escape destiny. But the dream of a fully blockchain-enabled financial system will take some time to fulfil.