Kadhim Shubber in London and Jim Brunsden in Brussels

British technology investors face being cut off from Europe’s largest single source of venture capital funding, in a sign that the UK’s relationship with European institutions is weakening even before its official exit from the EU.

The European Investment Fund, a public-private partnership which accounts for more than a third of investment in UK-based venture capital funds, is slowing its activity in Britain and turning away funds that may have otherwise been eligible for investment, according to industry figures.

“There have been clear signs of a shift in EIF policy since Article 50 was triggered,” said Michael Collins, chief executive of Invest Europe, which represents Europe’s venture capital sector. “Before, it was business as usual for UK fund managers and UK-based funds. Since then, we are hearing that such managers are being told that it will be much more difficult for them to secure EIF investment.”

Mr Collins said that while the EIF had not closed the door on UK-based funds, the lender had made it clear that, because its investments can take a long time to produce a return, the move in March to fire the Brexit starting gun “now makes it much more difficult for it to back UK fund managers”.

“Before, it was business as usual. Since Article 50 we are hearing that fund managers are being told that it will be much more difficult for them to secure EIF investment

Two fund managers contacted by the FT confirmed the shift in the EIF’s stance.

The EIF said: “There is no moratorium on lending to UK projects. It is the case that due diligence on them now needs to be more thorough, and take into account a wider range of factors.”

The loss of EIF funding would be a significant blow to the UK venture capital sector, the largest in Europe. The EIF was created by the EU in the 1990s as a subsidiary of the European Investment Bank. Unlike the EIB, which is wholly owned by EU member states, the EIF is a public-private partnership, with commercial banks and other financial institutions among its shareholders. 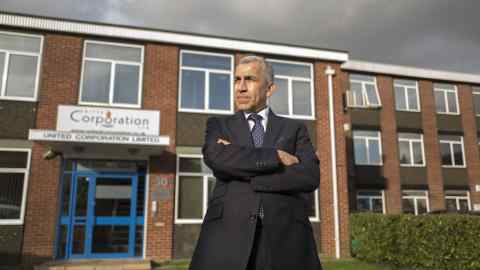 “The EIF is typically an anchor investor, contributing as much as 40 per cent of the capital of a fund and providing a stamp of approval,” he said. He added that there could be a secondary blow for British start-ups because Brexit complicates the status of UK funds already backed by the EIF. Funding from the EIF comes with rules about where venture capital firms can invest and locate themselves.

Up until recently, British venture capitalists had been assured the EIF would continue investing as normal until the UK formally exited the EU. Immediately after the Brexit vote last summer, the EIF said it would “not change its approach to operations in the UK”.

The closest equivalent to the EIF in the UK is the British Business Bank, which was founded in 2014 and backs venture capital funds as well as directly supporting start-ups. There are hopes it may fill some of the gap left by the EIF, but unlike its European partner, the BBB is not allowed to borrow in addition to funds committed by the government. Philip Hammond, the UK chancellor, has promised to pump £400m into British venture capital through the bank.